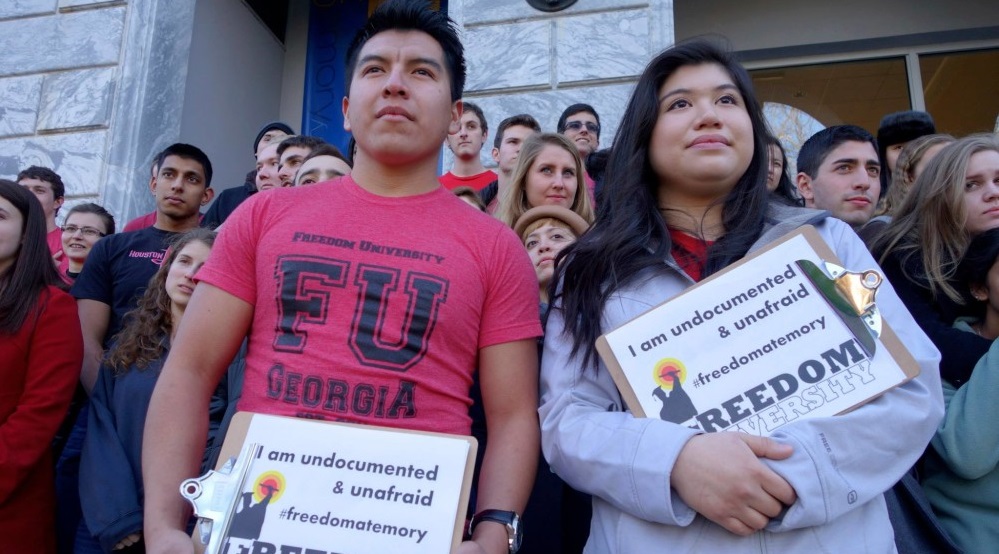 Emory released the details of a new financial aid policy on Oct. 20 for undocumented students, but members of Freedom at Emory are still pushing for additional reform.

In 2012, President Barack Obama instituted the DACA policy — a discretionary, limited immigration benefit for those who came to the U.S. as children. Individuals granted DACA status can apply for employment authorization and are considered to be in the U.S. lawfully.

While Freedom at Emory — a student advocacy group for undocumented students that has spurred the policy change through vigorous campaigning since August 2014 — considers Emory’s policy change to be a positive step, the group believes all undocumented students, not just those granted DACA status from the federal government, should be eligible for need-based institutional financial aid.

Undocumented students have to overcome a number of obstacles to obtain DACA status, including a financial burden of $465, according to College senior Nowmee Shehab, an executive board member and lead organizer of Freedom at Emory. On top of that, future presidential administrations may rescind DACA with an executive White House order at any time, leaving an uncertain future for undocumented students.

Shehab believes that all undocumented students, not just those granted DACA status, should be able to receive need-based aid from Emory.

“This will ensure that this financial aid policy stays intact in an ever-changing political climate,” she said.

Some of Emory’s peer schools, such as Brown University and Tufts University, do not require undocumented students to have DACA to receive financial aid. College junior and Freedom at Emory co-founder Julianna Joss said that Emory should follow in their footsteps.

However, Emory’s Director of Financial Aid John Leach said that this proposed change is infeasible, because it would not allow Emory to retain its need-blind admission practice, which assesses students based on merit, not their ability to pay. Tufts is need-aware of all students, and Brown is need-aware with international students, including undocumented and DACA students.

“Emory is need-blind with our DACA students, so there is no set limit in our budget to admitting and funding those students,” he wrote in an email to the Wheel. “Our initiative is, from my perspective, more generous and bolder than either Brown’s or Tufts’.”

Previously, Emory would accept undocumented students to the University, but would not offer them any need-based institutional aid. Joss was inspired to take action on this issue after visiting Stewart Detention Center in Lumpkin, Georgia.

“Seeing the kind of adversity that face the undocumented only infuriated me further regarding the state of immigration policy in Georgia and beyond,” Joss wrote.

In August 2014, Joss and Emory alum Andy Kim (C’15) co-founded Freedom at Emory, and worked on mobilizing student organizations, faculty and alumni allies that supported ending discrimination against undocumented students at Emory. After persistent campaigning, they were overjoyed to hear Wagner’s announcement.

“We couldn’t have been more ecstatic — this was a huge step forward,” Joss said, adding that the policy change served as proof that Emory is “living up to be the ethically-engaged institution that welcomes diverse backgrounds as stated in their mission.”

Freedom at Emory has begun fighting for state-wide change as well. In Georgia, under Board of Regents policy 4.1.3, undocumented students are banned from applying to the top five public universities in the state and from getting any state financial aid in other public colleges and universities.

College senior Lamija Grbic, executive board member and lead organizer of Freedom at Emory, wrote in an email to the Wheel that the Georgia Board of Regents policy needs to be eradicated.

“Although what we have achieved at Emory is still an important victory, undocumented students and their documented allies are still working to dismantle these discriminatory policies on a state-wide level,” she said.

Valentina Gonzalez, a first-year undocumented student at Dartmouth College who played a pivotal role in spurring Emory’s policy change, added that Emory should talk to other private institutions in Georgia “to show that their choice in helping undocumented students helps improve classroom diversity, helps improve the lives of students who just so happen to not have sufficient documentation and helps advance a human rights or civil rights movement forward for education.”

“On a larger scale, we want to continue breeding a campus and community-wide culture of acceptance and appreciation for the undocumented community,” she wrote.

This culture of support ranges from enforcing the proper language to use —“undocumented” instead of “illegal” — to raising awareness about the challenges within the undocumented community.

While Joss agrees that Emory’s policy is considered extremely progressive, she wishes it wasn’t considered so.

“What I mean by this is I wish it was the norm in universities in the South and the nation at large to have policies that welcome undocumented students with open arms,” she said. “Yes, Emory is a moral leader by adopting this policy, but we will continue to push that they could go further.”