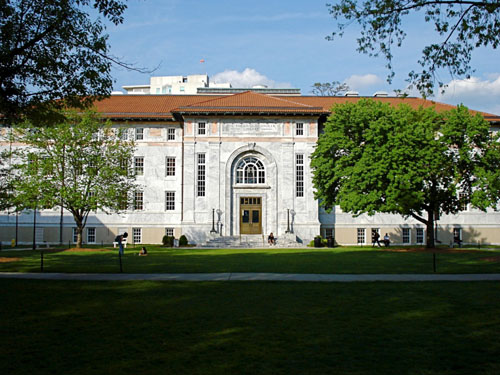 Emory’s schools of business, law, nursing and public health retained their number one rankings in Georgia from last year in each of their respective categories. Similarly, the Rollins School of Public Health maintained its status as seventh in the nation and the School of Medicine remains 23rd among U.S. research-oriented medical schools. The School of Medicine moved to the 29th ranked among medical schools with regards to primary care preparation, a significant improvement over last year, when it was ranked 42nd in the nation.

The Nell Hodgson Woodruff School of Nursing’s master’s program advanced to eight in the nation, in contrast to last year, when it was tenth. The school’s MSN Family Nurse Practitioner program ranked tenth.

“It is beyond gratifying to be a part of such a focused, driven, committed, and highly talented team of faculty, staff, and students here at the School of Nursing,” Dean of the Nell Hodgson Woodruff School of Nursing wrote in an email to the Wheel. “Being ranked among the top nursing schools is an extremely competitive and rigorous process. We are honored to receive this external validation of the quality of our academic programs.”

For the tenth consecutive year, Emory and Georgia Tech’s joint Biomedical Engineering Ph.D. has been ranked second in the nation.

As in last year’s rankings, Emory School of Medicine’s Physician Assistant Program is third nationwide, with its Division of Physical Therapy ranking fifth.

Emory’s Ph.D. program in Clinical Psychology, which is housed in the Laney Graduate School, has been ranked for the first time this year, and is 11th in the nation.

“Emory’s graduate and professional programs are enhanced by their presence within a major research university with the liberal arts at its center,” Emory Provost Claire Sterk said in a press release. “Our students have an unparalleled opportunity to work with scholars and researchers in transforming their fields for the common good.”