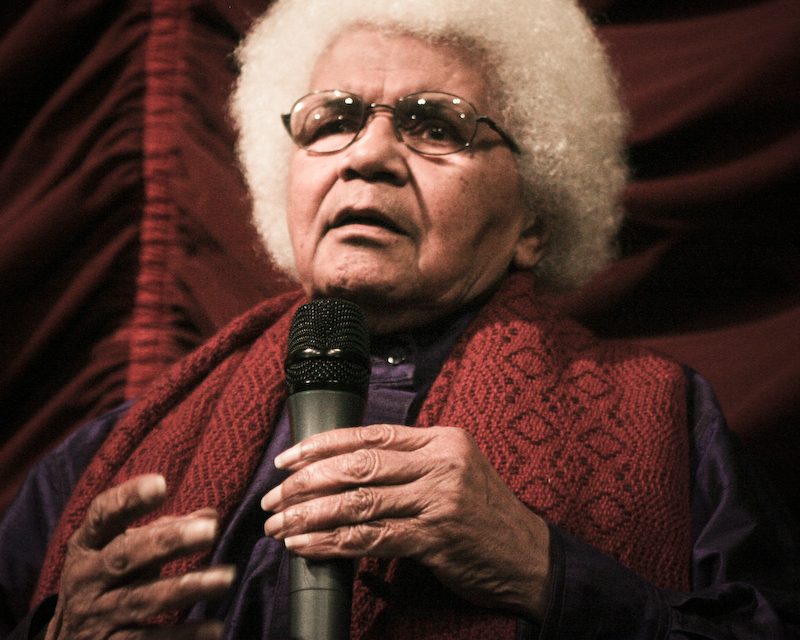 On April 13, 2020, the world lost a radical pioneer of African cinema, and chances are you’ve never even heard of her. The late Sarah Maldoror was a French West Indian activist and filmmaker whose work spanned four decades, telling the stories of Angolan revolutionaries and lesser-known Black South American and Caribbean poets. A trailblazer for both women and people of the international African diaspora, she was one of the first women to direct a feature film in Africa and went on to direct 26 films in her lifetime, receiving France’s National Order of Merit in 2011.

Maldoror died at the age of 90 due to complications with COVID-19. In reverence to her avant-garde body of work, four of her films are featured as the centerpieces of the Emory Cinematheque’s “New Cinematic Directions” series, and were screened from March 10-13. While watching these films, the audience can witness the growing richness and creativity of Maldoror’s work over the span of her forty-year career. It is all one transcendent cinematic experience that glorifies Black excellence wherever Black people can be found.

Maldoror’s directorial debut “Monangambé” (1968) tells the story of a political prisoner who is visited by his wife while in a concentration camp during the Angolan War of Independence. Inspired by the imprisonment of Angolan writer José Luandino Vieira, the short film depicts the captivity and torture of suspected rebel Carlos Pestana by the Portuguese army. One of the most notable scenes depicts a starving Pestana speaking to a lizard on the wall of his cell, the two connecting over their shared hunger. The film is enhanced by an unforgettable score by the African American jazz group Art Ensemble of Chicago. The ensemble even agreed to score the film for free, out of solidarity with the film’s anti-colonial message. The squealing trumpets resemble the sound of an agonized elephant, likely a metaphor for Africa’s fight to reclaim its soul from Europe.

“Dessert for Constance” (1981) is a surprisingly lighthearted comedy that incorporates poignant social commentary. The story follows Bokolo (Sidiki Bakaba) and Mamadou (Cheik Doukouré), two Senegalese waste workers that come across a book of recipes at work and take interest in all the tasty dishes it features. When their friend Bono (Elias Sherif) falls ill and wants to return to Senegal, they decide to go on a game show to win the necessary money; any guest that can name the ingredients of a French dish written on a slip of paper wins 27,000 francs. On top of the original and engaging plot, the magnetic performances from the two leads lend levity to a film about the low status that African immigrants hold in Parisian society. Mamadou is charismatic and Bokolo is more reserved, but together, they are a force on the screen. With every small victory, they celebrate with a cheer or a song, and the film really makes you want to join the revelry. The soundtrack is just as pleasurable and thematically fitting — the Senegalese drums and marimbas hint at the characters’ longing for their homeland. 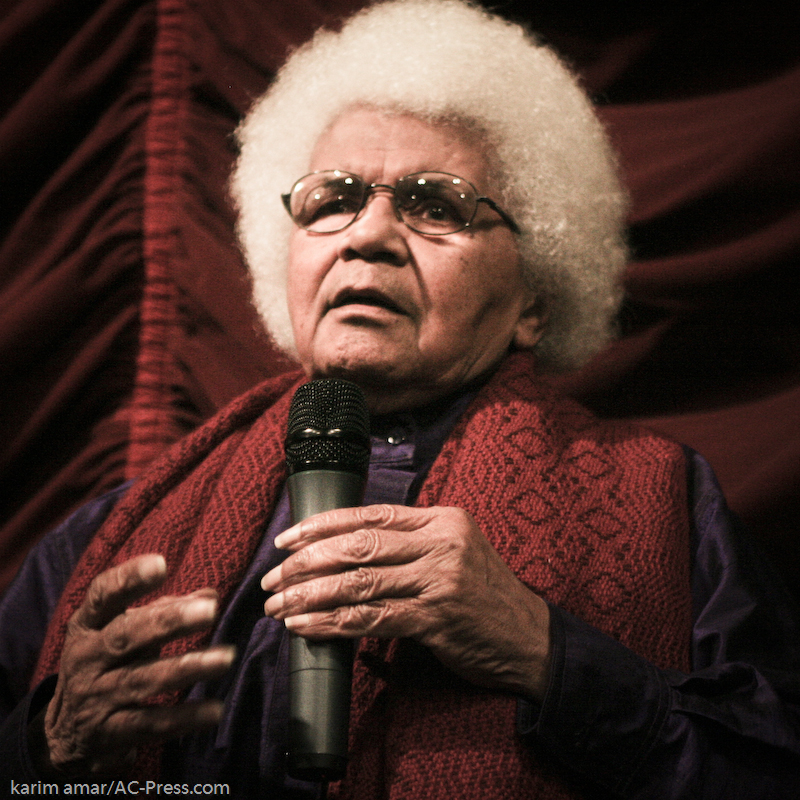 Even in her more playful films, Maldoror adds elements that remind the viewer of the racist attitudes that still persist in Paris. The most despicable example happens when the host of the television show asks Bokolo if France instilled gratitude in him for being the hand that fed him. The host’s air of superiority is so casually loathsome that it’s laughable. Racist undertones in France have become so normalized that the host can get away with it, on national television no less. The genius of Maldoror is that she can reveal so much about the legacy of French colonialism in the subtle ways the characters are treated.

“Léon G. Damas” (1994) is Maldoror’s tribute to the titular French Guianese poet. Damas was a key voice in the French Négritude movement, known for generating race-conscious literature that disavowed colonialism and advocating for the rejuvenation of pan-African spirit in all members of the race and diaspora. The film’s narrative is based on a series of interviews with other poets like Aimé Césaire and Leopold Sedar Senghor, offering insight into Damas’ life. In between these interviews, documentary footage of Damas’ homeland is featured and sometimes the audio overlaps. There is something magical about hearing the melancholy verses of Césaire’s elegy to his friend over the otherworldly sights of French Guiana — from the creole-speaking towns along the edge of untouched rainforests to the sediment-filled rivers flowing forever towards the horizon. Maldoror knows how to elicit deep, stirring sensations in the way her cinematography blends with the spoken word.

The fourth film in the series continues in the vein of “Damas,” building the story of a famous poet through recollections of close friends and family. In 2009, Maldoror released “Eia Pour Césaire” starring the Martinican poet and politician, Aimé Césaire, who passed away the year before the film’s release. Luckily, much of the documentary was filmed while Césaire was still alive, and his impassioned monologues on raising Black consciousness truly radiate with his positive, revolutionary spirit. The documentary also shines light on the lesser-known “Conference on Négritude” that took place in Miami in 1987. In one of the film’s most touching moments, Maya Angelou, an admirer of Césaire, reads his poem “Lagoonal Calendar” aloud. Keeping with the style of her previous work, Maldoror lets the suave, pleasing tones of Angelou’s voice play over shots of Martinque’s coffee-colored rivers and overhanging jungle vines.

Maldoror’s work celebrates Blackness all across the globe, and while the francophone world mourned her absence, many people still do not know her name. Emory’s screening series brought Maldoror’s masterpieces to new audiences that might never have discovered her work otherwise. And as her films go on to be screened by universities, theaters and museums in the coming years, there’s more hope that the world outside of France never forgets her contribution to filmmaking, anti-colonial activism and popularizing poets of African descent. What’s most wonderful about her films is you don’t need to be Black or a French-speaker to appreciate them or take something valuable away. Maldoror teaches all of us that it is important to embrace who you are and where you come from. No one can take that away from you.