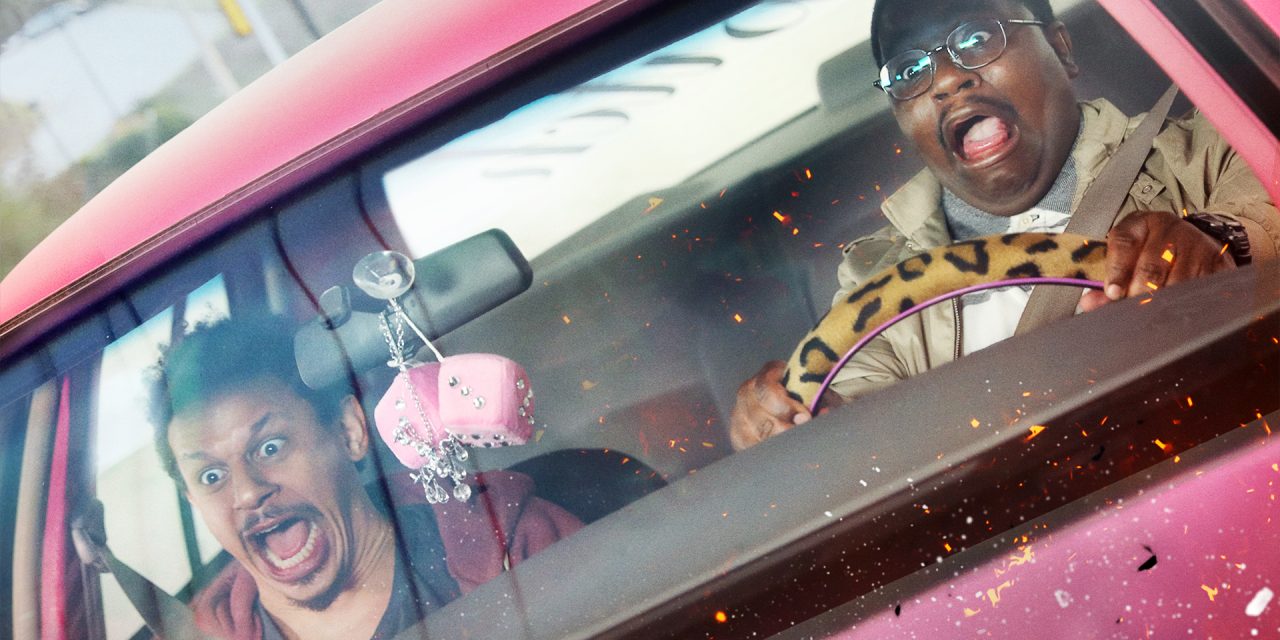 Kitao Sakurai’s “Bad Trip,” released March 26 on Netflix, combines the insanity of “The Eric Andre Show” with the endearing fun of a buddy comedy. Following in the footsteps of films like “Borat” (2006) and “Jackass Presents: Bad Grandpa” (2013), “Bad Trip” sees its characters traveling across state lines, stopping over in small towns and traumatizing ordinary people for viewers’ entertainment. The success of these prank films show that we love to see people like us react to uncomfortable situations or moral dilemmas, perhaps because they’re not rehearsed, but also because we can picture our own reactions. The prank is only the device to spark a reaction — what really interests us is how people react differently to each one. This prank extravaganza has plenty of priceless, real-life reactions, including some of the zaniest practical jokes comedian Eric Andre has ever executed. No matter how outrageous, screwy or utterly nauseating they get, you simply cannot look away.

In the film, Andre plays a slightly more mellow, less chaotic version of his TV personality named Chris, an awkward sweetheart who works a dead-end job as a barista in a smoothie shop. One day, Chris’ high school crush, Maria (Michaela Conlin), comes in to buy a smoothie and reveals that she is on her way to the airport to host an art show in New York City. Realizing that he has to confess his love to her, Chris and his best friend Bud (Lil Rel Howery), drive from Florida to New York City in the car that belongs to Bud’s psychotic sister Trina (Tiffany Haddish). Unbeknownst to them, she has recently escaped prison. As they travel through the south and into the northeast, making ridiculous pit stops along the way — a cowboy bar, a zoo and a diner — they always end up in the worst case scenario no matter where they go.

When I first heard about this feature-length comedy with Andre, I was a little worried that his style of comedy wouldn’t lend itself well to the new medium. In a roundtable interview with the Wheel, Andre expressed the challenge of having to weave a narrative through the film’s crazy hidden camera pranks, saying, “On ‘The Eric Andre Show’ you don’t have that pressure… a prank can live on its own completely isolated. Making some 90 minutes worth of pranks connect, all from top to bottom, was no small feat.”

My worries were quelled, however, upon learning that the creators of “Bad Trip” wrote the film with the help of “the greatest prank minds.” According to Andre, some of these greats include Jeff Tremaine, the director of the “Jackass” series and “Bad Grandpa,” Nathan Fielder, known for “Nathan For You” and Sacha Baron Cohen, the star and creator of “Borat.” 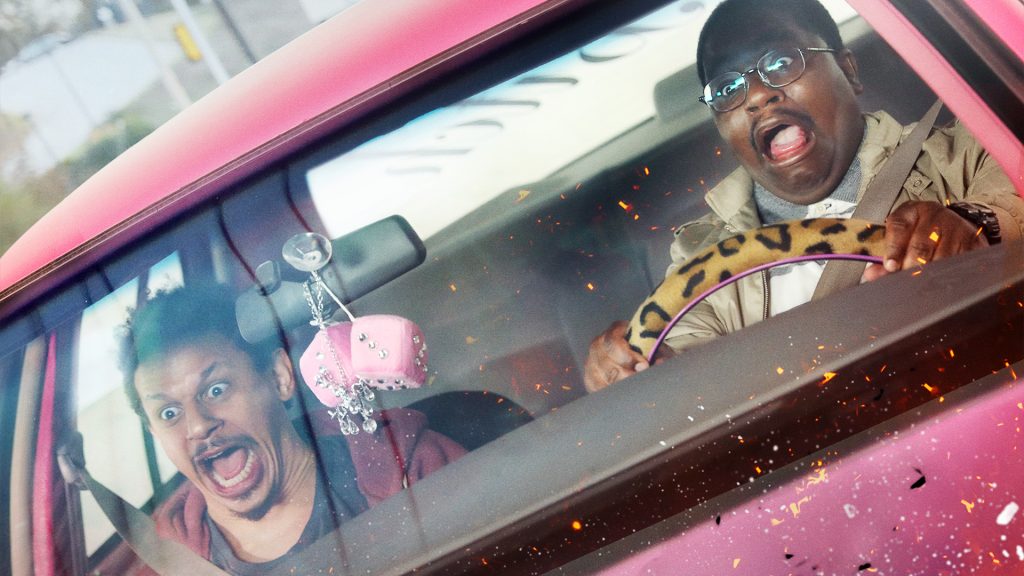 Chris (Eric Andre) and Bud (Lil Rel Howery) freak out as they get into an accident. (Netflix)

As soon as I saw the film’s hilarious opening scene — Chris is late for work and has to run through a variety of obstacles to get there, finally crashing into a trash can outside the shop — my doubts completely ceased. Dan Curry and the other writers were able to turn the simple narrative of Chris running to work into a memorable sequence of slapstick jokes, each one seamlessly flowing into the next. From here, the actual film kicks off, and you don’t know what hit you; the gags are relentless. Once you accept the fact that it’s impossible to predict the film’s direction, you learn to simply sit back, let go of your expectations and enjoy the trip.

“Bad Trip” strikes a good balance between its humorous elements and characters’ relatability. Andre and Howery have solid chemistry whenever they are together on screen, elevating even the smallest moments of dialogue between the two of them. You get the sense that they are genuinely having fun, and it’s contagious. Likewise, Haddish dominates in her role as a mean-mugging convict, managing to be as menacing as she is entertaining. It is difficult for one to decide if they really like her or are really afraid of her, and that’s what’s so great about her performance. As for the pranks, there are a few that go above and beyond to gross out the viewer, including one incident at a zoo with a man in a gorilla suit. Some pranks are enhanced by high-quality practical effects, such as a scene where Andre projectile vomits around a cowboy bar in Georgia. Though the jokes are not always that clever, they never fail to deliver on their goal to make you laugh.

“I think there’s good, bad taste and bad, bad taste when you’re doing shock art,” Andre said. “You want to be provocative, but you’re always figuring out what feels like you’re dancing on the edge in a good way and what feels unethical … comedy’s a game of millimeters, and you’re always checking your barometer.”

“Bad Trip” isn’t a perfect film, but when it works, it will force the laughter out of you. One second you’ll be saying “WTF!” and the next you’ll be dying of laughter. The creators really know how to lean into the absurdity of the jokes, for better or worse. “Bad Trip” is the kind of movie that makes viewers want to watch the behind-the-scenes footage because it must have been an absolute blast to make. Prank films are often criticized for being all show and no substance, but this film proves that the two are not mutually exclusive. It delivers big laughs, but it also succeeds at telling a heartfelt story about two friends that learn to be there for each other when it matters most. 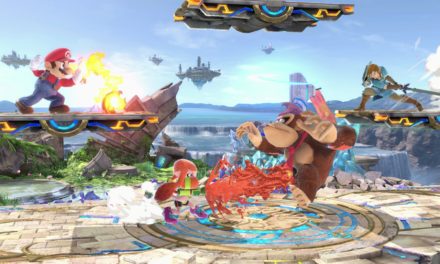 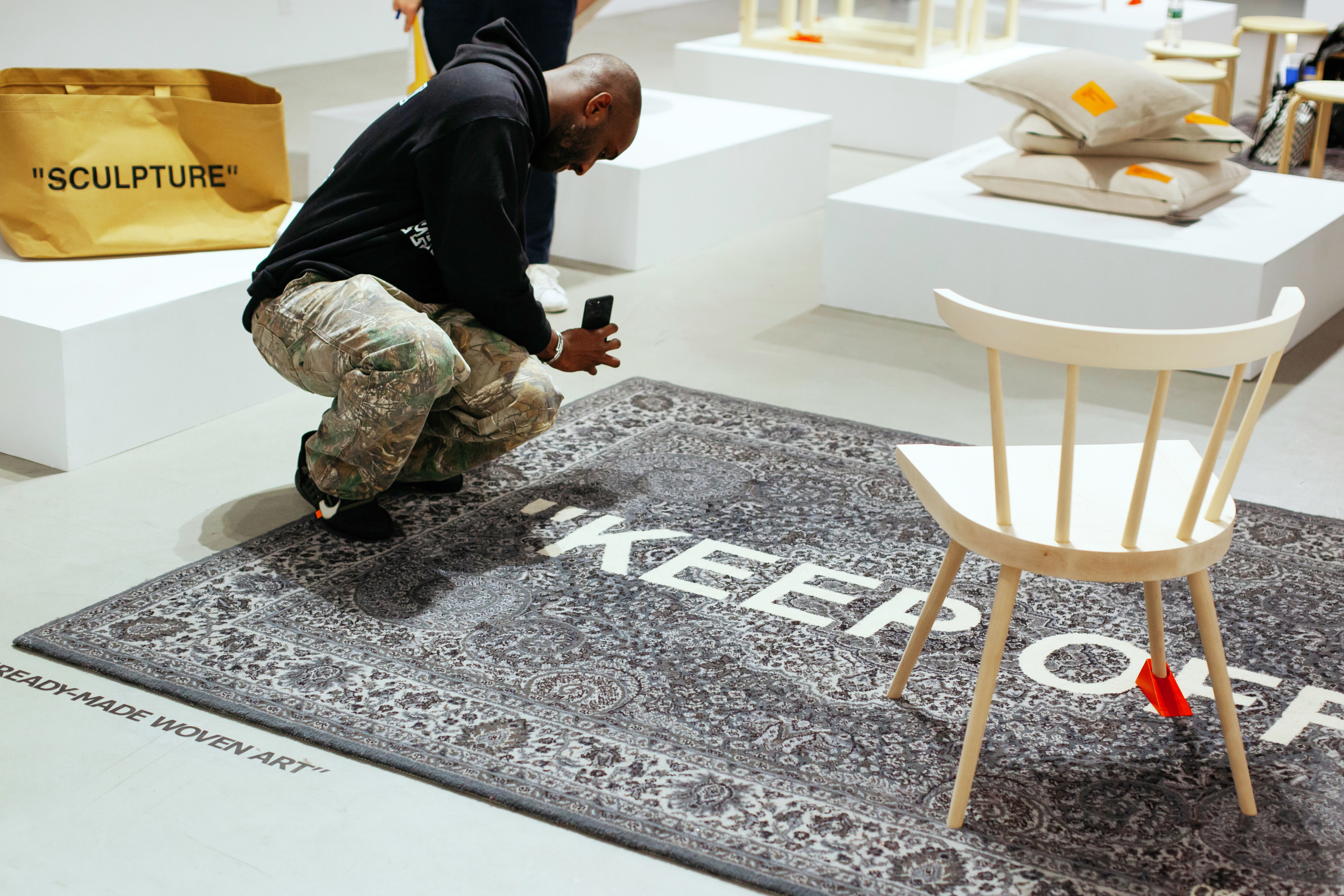