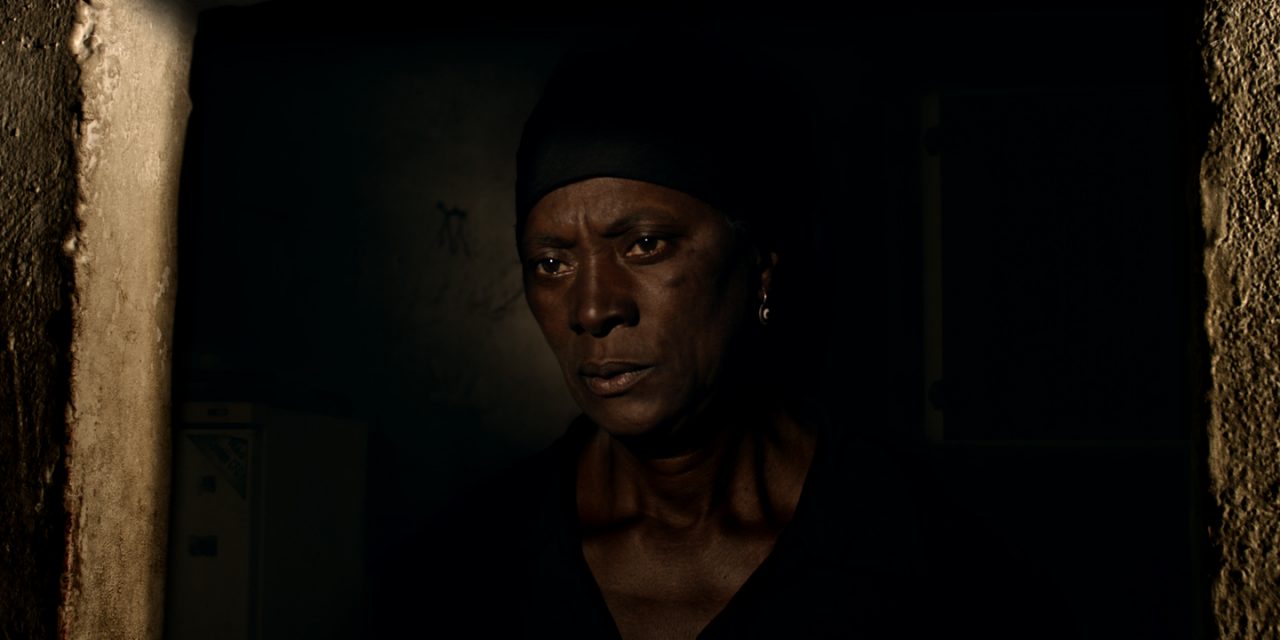 In Fontainhas, Lisbon’s poorest shantytown, Vitalina Varela sits alone in the cement shell of a house and looks off into space. Except for the dim sunlight on her cheerless face, there is nothing but darkness. Pedro Costa’s “Vitalina Varela” is an elegant and unassuming film that asks the viewer to witness a widow’s misery in bits and pieces — a candlelit altar, a crumbling set of stairs, a backlit silhouette of a lonely woman — and let the images move you.

Inspired by the life of Vitalina Varela, who co-wrote the film and plays herself, “Vitalina Varela” tells the story of a Cape Verdean woman who arrives in Lisbon to reunite with her husband after 40 years apart, only to discover that he has recently died. In the dead of night, she steps down from the jet plane, and a woman embraces her, speaking softly into her ear: “You arrived too late … Here in Portugal, there is nothing for you.”

Many people would fall apart upon hearing such a soul-crushing revelation, yet Vitalina doesn’t. Instead, she goes to her husband’s neighborhood, where she finds his house in disrepair and speaks with residents who reveal the hidden, shadier side of the man she thought she knew.

Following in the footsteps of his last film Horse Money (2014), Costa’s seventh feature takes the audience into the gritty underbelly of Lisbon and grounds them in the story of a widow’s quest for closure. His directing style can be best expressed as poetic realism, which makes use of natural lighting and the casting of ordinary people as the subjects of the film. The dialogue, spoken in Cape Verdean Creole or Portuguese, is sparse, and Leonardo Simões’ cinematography drives the story forward. The beauty of the film’s imagery cannot be overstated: a still from any point in the film could easily make for an eye-catching picture to hang on the wall. Part of what makes these shots pop is Costa’s use of the chiaroscuro contrasting technique, which employs the darkness around the edges of the frame to emphasize the illuminated subject. The longer you look, the more you appreciate the artistry. 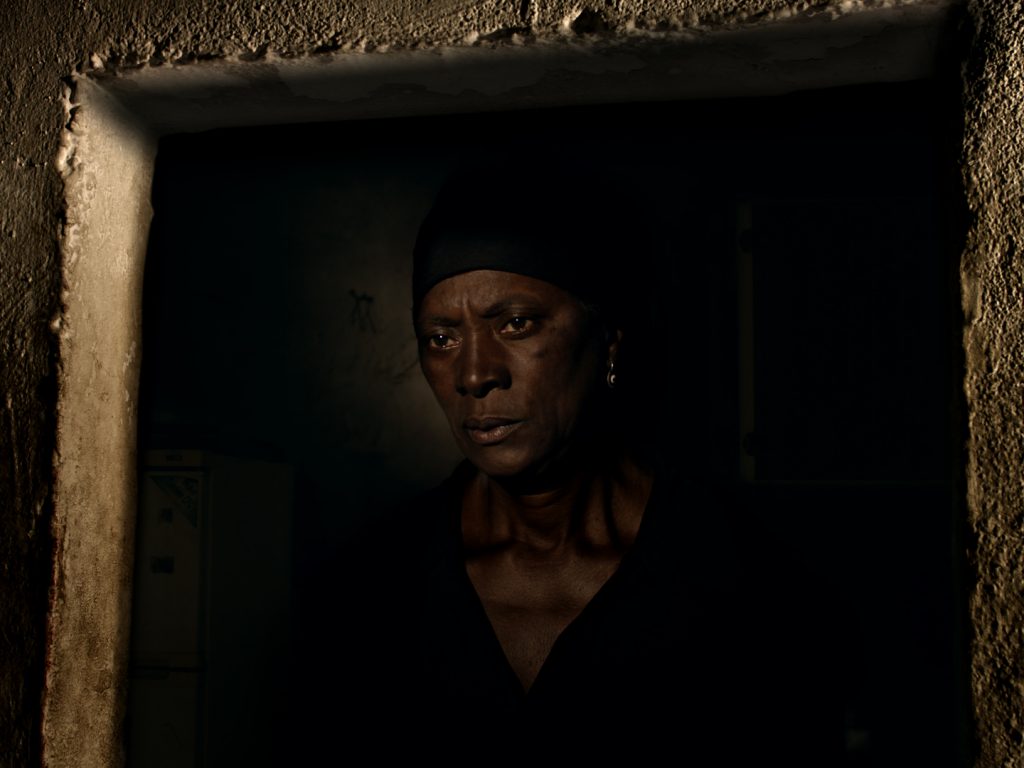 Vitalina Varela stands in a doorway in her husband’s eroding home. (Grasshopper Film)

Costa paints life in slow strokes, letting shots linger for long periods and hardly ever moving the camera. Take for example a scene of Vitalina tying a headscarf in front of her deceased husband’s altar. There are no cuts and no edits; it is simply a brief moment, yet it captures the lethargic passing of time in the mind of a mourning woman. Do not think of it as a scene, but as a portrait to be taken in and appreciated.

While the long, meditative takes are a sight to behold, they certainly will not be everyone’s cup of tea. And as much as I love how understated the film is, viewers unfamiliar with Costa’s body of work may find “Vitalina” tedious and seemingly uneventful. But what makes up for the film’s mild pace is Vitalina herself and her stoic allure. Whenever she is on screen, she wears a stern face, yet her hidden tenderness occasionally shines through. In one scene, Vitalina cooks for a homeless couple and sits with them in her kitchen. When the wife refuses to eat and goes to smoke a cigarette by the door, Vitalina follows her. Asking if she is ill, she gently rests her hand on the woman’s cheek like a mother. After all she’s been through, Vitalina cares deeply about other people, even if they are only strangers.

The film takes a darker turn when Vitalina meets with Ventura, an ailing, old priest who sits in a broken-down church and broods over his nonexistent congregation. Ventura is only a ghost of his former self, and his doleful performance is a standout in the film. When Vitalina asks him to pray a mass for her and her husband, he musters the strength to give a nearly five-minute sermon, which concludes with one of the most powerful moments in the film.

“Vitalina Varela” is in the running for being Portugal’s candidate for Best International Feature Film in this year’s Oscars, and it is no surprise. From its immaculate cinematography to its genuine performances, the film is no less than poetic, and the pathos that Pedro Costa stirs with such a limited budget and a cast of amateur actors is truly remarkable. It’s a story of a widow’s heartache written and acted by the woman herself, and it doesn’t get any more authentic than that.