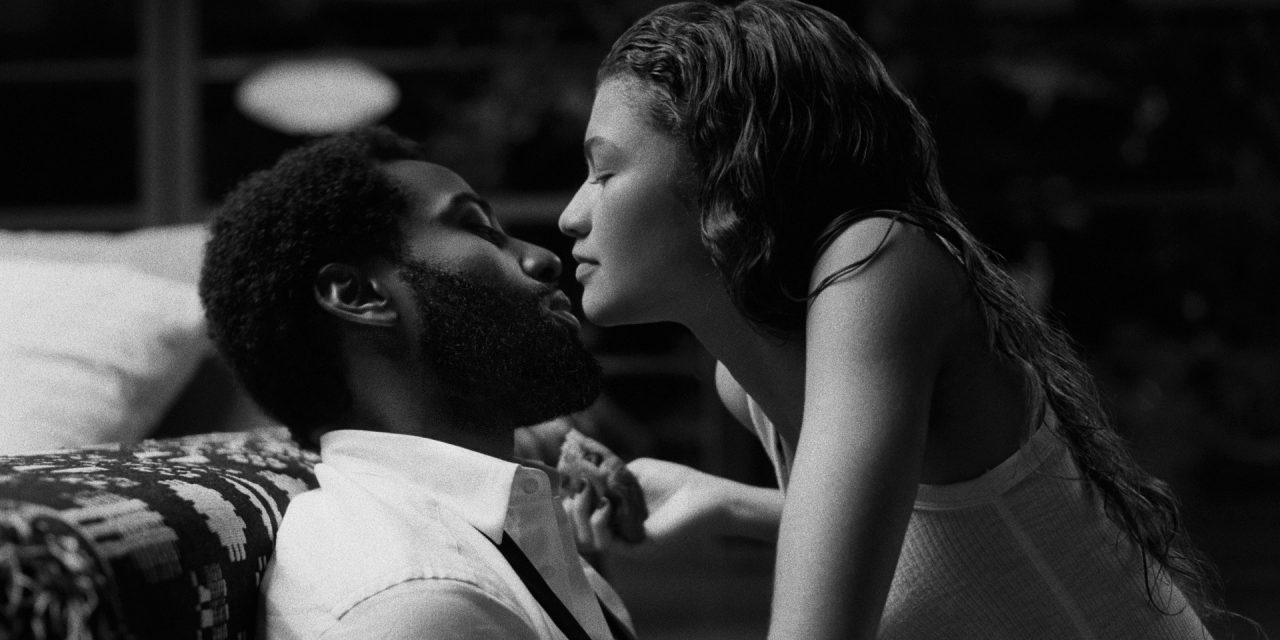 Director Sam Levinson’s “Malcolm & Marie,” which releases on Netflix on Feb. 5, gives viewers a front-row seat to an emotional prize fight between a budding filmmaker (John David Washington) and his girlfriend (Zendaya) on the night of his latest film premiere. We witness a relationship at its most vulnerable — replete with unspoken thoughts and irresistible passion. The film’s dialogue-driven narrative and unconventional singular setting makes for an unforgettable cinematic experience, however it is also what limits the characters. Malcolm and Marie interact minute to minute, not day to day, and thus the complete portrait of their relationship is never fully realized on screen.

Malcolm is a slightly narcissistic Black director whose latest film is an instant hit with critics, while his girlfriend Marie is an aspiring actress and recovering drug addict. The events of “Malcolm & Marie” take place directly after the film’s premiere itself, when Malcolm and Marie return to the elegantly modern Caterpillar House and begin to unwind. Levinson visually emphasizes the emotional divide between them in subtle ways. For instance, Malcolm pours himself a drink and calls to Marie in the bathroom, who strains to hear him. Malcom then shimmies through the house to James Brown’s “Down and Out in New York City,” while Marie apathetically prepares his dinner.

As Marie cooks dinner, her calmness belies her irritation; when Malcolm takes notice and starts to pry, an argument begins. In their heated moment, the audience learns Malcolm used parts of Marie’s life for his film’s main character and didn’t thank her in his acknowledgment speech. Using that friction as a matchbox, the film sparks a fire of conflict.

For its relatively small budget of $2.5 million, “Malcolm & Marie” boasts arresting black-and-white cinematography, a bewitching score by the British singer-composer Labrinth and award-worthy performances from Washington and Zendaya. The visual nuances of the film include opening credits that overlay the picturesque monochromatic backdrop of the vintage lettering, alluding to old Hollywood films and directors like William Wyler — the only recipient of three Best Picture awards — whom Malcolm idolizes. 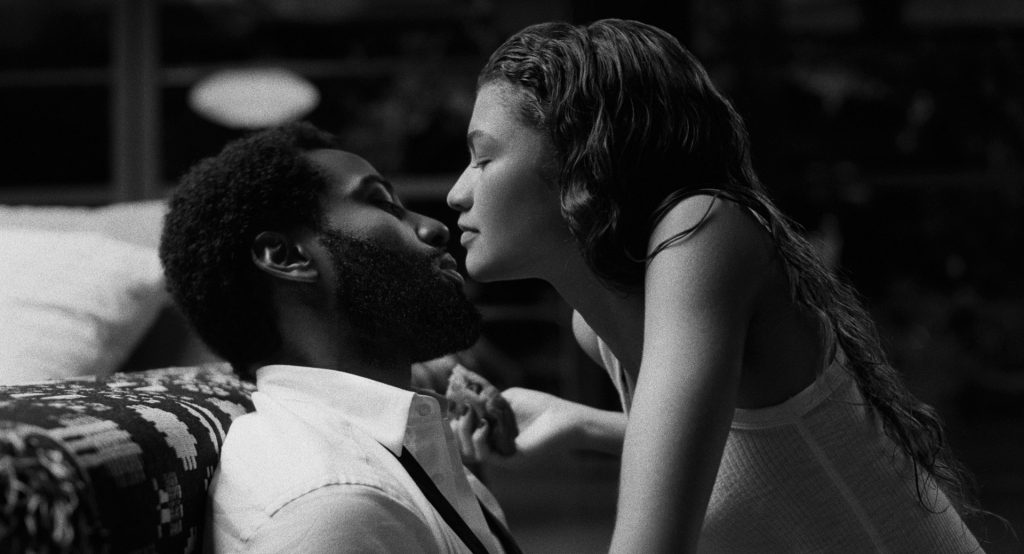 Malcolm (David John Washington) and Marie (Zendaya) lean in for a kiss on the couch. (Netflix/Dominic Miller)

The raw emotional outbursts and breakdowns mirror scenes of Noah Baumbach’s “Marriage Story.” However, while I hoped Adam Driver and Scarlett Johannsson would stay together, I rooted for Malcolm and Marie to finally break things off. Their relationship goes from hot to cold to hot in an instant. Why are these people even together in the first place?

Our understanding is limited by the real-time narrative of the film: Malcolm and Marie recount stories from the past we have no way of verifying, and all we know about them is revealed through often tempestuous dialogue. The couple’s mysteriousness keeps viewers at a distance yet still intrigued. We learn that Malcolm is emotionally abusive at times, stoking Marie’s insecurities and bringing up her past struggles with addiction to win an argument. Marie, however, is anything but a victim — she knows exactly which buttons to press to provoke Malcolm. Part of what I found enjoyable about the film is that both characters know how to dish it out.

I would be remiss if I didn’t at least try to break down Malcolm’s long-winded yet honest criticisms of white film critics and how they tend to frame art made by Black people as inherently political. At one point, he quips that if he were to make a Lego movie, it wouldn’t be to show how “the building blocks of the American empire was slave labor.”

Levinson suggests that Black artists are obsessed with how they are viewed by white critics, but one mustn’t forget that Malcolm is a figment of a white writer’s imagination. Does Levinson’s talent as a writer make it okay for him to be the voice of people of color, or LGBTQ characters (like in “Euphoria”)? Can the son of Barry Levinson, one of Hollywood’s most prominent directors, speak to the experience of a minority breaking into the film industry, considering he was practically born into it? Levinson harshly answers this question through one of Malcolm’s monologues, when he lambasts imaginary critics for “inhibiting the ability of an artist to dream about what life may be like for other people.”

Whereas a more traditional film would have cut the 8-minute monologue to a couple of minutes and maybe dialed down the use of the f-word, Levinson once again defends his directorial choices via the rant itself, with Malcolm shouting, “You should be f—ing bold! You should be f—ing reckless!” Whether you were doubled over laughing or checking your watch, you cannot deny Washington’s absolute commitment to the role.

“Cinema doesn’t need a f—ing message. It needs a heart and electricity,” Malcolm proclaims at one point. “Malcolm & Marie” exhibits both. As for a message, that’s for the viewer to decide. The final shot of the film depicts Malcolm and Marie standing on the lawn, a little too far away to read their emotions. What now? Will they stay together? Does it even matter? As “Liberation” by Outkast plays over the credits, the lyrics divulge subtle hints of hope: “There’s a fine line between love and hate … I don’t want to be alone.”