Prediction of 2015 Inaccurate, But Telling 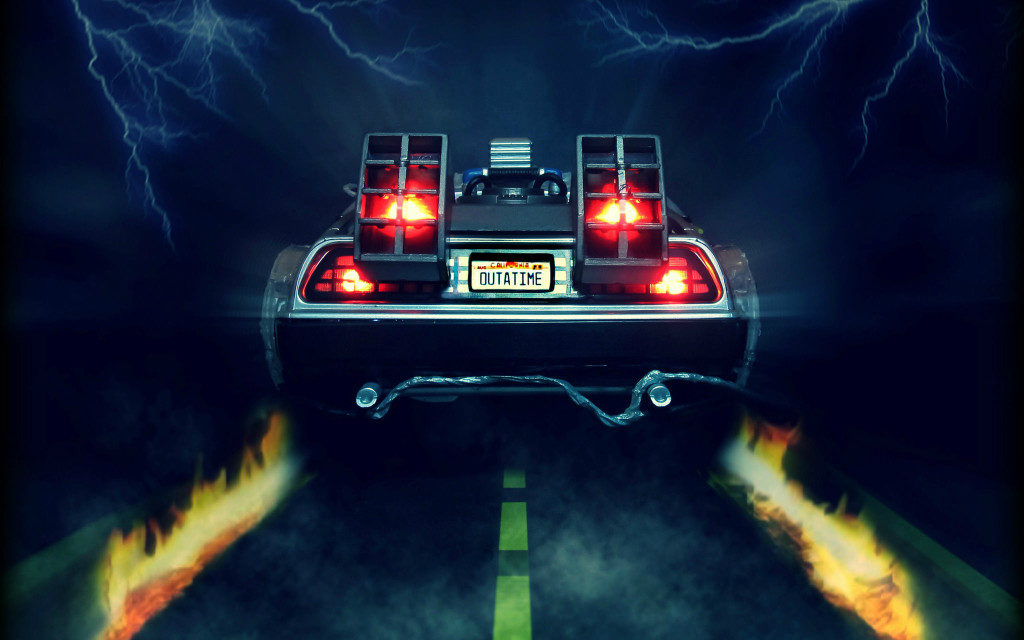 If the date Wednesday, Oct. 21, 2015 sounds familiar to you, it might be because it was just last week. Or perhaps you are remembering that as the “future” destination set and briefly navigated in Robert Zemeckis’ Back to the Future Part II.

Viewers will remember Zemeckis’ 2015 as a colorful one, both figuratively and also literally in the vibrant color palette of costumes and props, from Marty McFly Junior’s distinctive rainbow baseball cap to the iconic hot pink Mattel hover board. Doctor Brown pilots his retrofitted flying DeLorean in a bright yellow coat with a red shirt and a silver visor against Marty’s impressive but comparatively low-key self-sizing, self-lacing Nikes.  Shiny blue holograms mock the proliferation of Jaws sequels and the rate of monetary inflation, and a stunning display of lights announces the Cubs’ World Series win. By all accounts Zemeckis’ vision makes our version seem quite muted and dull. But what if I told you that it’s not just because of the fashion and technology, and that what he got wrong is not what you think?

If asked to point out inaccuracies in Zemeckis’ ambitious portrait of the future, I imagine that most people would likely point to the flying cars and to the hoverboard and hologram technologies. In other words, what is supposed to be different in the future than in the late twentieth century. But to me it seems that the problem is found in the much smaller cultural things that fall short, the things that are supposed to be the same in the future, and that it’s not that Zemeckis assumed the future too fantastic, but that he imagined it too consistent.

Because let’s face it, our culture and social norms are in many ways quite inconsistent with those of the late twentieth century. I give as one example the famous scene in which Marty borrows a hoverboard from two small children playing outside together unsupervised and Griff Tannen’s goons take chase.

Most people would say that the hoverboard is the part of that scene that doesn’t track with the real 2015, but I would call that difference surprisingly negligible compared to the idea that there are two young middle-class children in 2015 playing together not only in-person but outdoors and without so-called helicopter parents looking on from nearby. As it stands, the central premise of meeting Tannen in person at the Café 80s in the first place to plan an illegal heist only hangs by the thread of likely NSA surveillance of the more preferred media of communication.

This goes the same for all of the holograms; they assume a person walking outside, looking up rather than stooping like cavemen to tap on their rectangular screens. Yeah, the Internet and the smart phone really killed that dream.

Zemeckis’ 2015 is overly optimistic not in assuming crazy trends like inside-out pants and double neckties or in dreaming up fantastic technologies such as self-dusting books and fingerprint-based gadgetry and hands-free video games (Hey! He got that one right! And the fingerprint one, sort of!), but rather in assuming the completely unremarkable sameness of the involved and social nature of people.

He assumes a much more interested and engaged populace, to say nothing of fun and whimsical. Zemeckis’ citizen of 2015 drives a flying car like a starship captain, soaring through crowded stratospheric highways; real 2015’s citizen is still waiting for those self-driving cars to get big so that he can check his Facebook, Twitter and Instagram on the way to work.

It’s not the technologies that set these “futures” apart; it’s the way people expect them to be used. Even the very tone used in employing the concept of a predicted future is telling; Zemeckis comes from the old school of thought that future technology will make life shiny, bright and exciting, whereas we on the other end in the real 2015 tend to predict muted-color dystopias.

In short, one of these 2015s is disappointingly off-target and falls short of expectation, and it’s not the one in the film. In fact, that 2015 makes our 2015 look like a very pessimistic and antisocial time. It is not that Zemeckis goes too far but that he doesn’t go far enough, and that in assuming that old standard “the more things change, the more they stay the same” he fails to predict the huge interpersonal divisions and fundamentally different rules of disengagement that the internet and the ubiquitous computer will culture. And it is this that is indeed “heavy.”