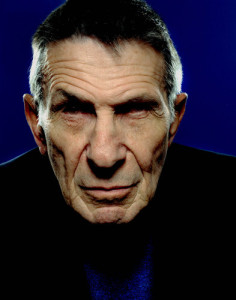 Several weeks ago on Feb. 27 we lost Leonard Nimoy, best known for his role as Spock of the “Star Trek” franchise.

Whether it is Spock or Nimoy whom we remember, we look back on a man of honor who changed television. He also changed the way in which we think about one another with his important role in 1960s allegorical storytelling and its impact on society’s acceptance of current events and issues such as civil rights. But much like he did on screen when both were alive, Nimoy is arguing with the late DeForest Kelley, now.

That Nimoy’s acting career became consumed by the bowl cut and devil ears that he first donned in 1965 might explain why, when we look back at his contributions to society, we think of Nimoy’s “Star Trek” reel rather than, say, production stills from his stage run as d’Artagnan in “The Three Musketeers” or, even, his unusual but memorable rendition of “The Ballad of Bilbo Baggins” on his second novelty musical album Two Sides of Leonard Nimoy.

However, that when fans reminisce about Spock, they remember his campy television work rather than his films is not just a matter of footage. Spock and all things “Star Trek” may explore the big screen from time to time, but the franchise’s real final frontier is and always will be the small screen. Since 1979, eleven “Star Trek” movies, most recently director J. J. Abrams’ shiny original crew reboots, have proved that “Star Trek” can dazzle on the big screen. But creator Gene Roddenberry’s legacy is not a 120-minute action movie but a half-hour ethical “what would you do?” parable with legendary archetypal characters, coming to you on your couch every week to enlighten your mind.

With the exception of Spock’s moving death scene in 1982’s “Star Trek II: The Wrath of Khan,” Spock’s complexity through torture, criticism and an underlying sense of camaraderie and brotherhood in spite of said traits only really comes across on television. All of his best moments, and for that matter those of every character of any “Star Trek” cast, have been on television, telling intellectual stories and using the fantastical veneer of the space western genre to smuggle ethical questions and lofty egalitarian hopes past our prejudices and preconceived notions of race, gender, and nationality.

“Star Trek: The Original Series” and “Star Trek: The Next Generation” will forever stand as icons of television — the subtlety definitely dropped off in a big way in the projects made after Roddenberry’s passing, sion and of progressive thought. And then there’s also the “Star Trek” films and also programs “Deep Space Nine” and “Voyager.” And of course the often overlooked “Star Trek: The Animated Series.” And that other one that we don’t talk about. But, I digress.

We are in the year 2015; the internet age has made information more readily available to more people than ever before, issues of freedom of expression and religious fundamentalist terrorism continue to pervade and some of us have started not only rethinking the way we perceive sexual orientation, but also the way we navigate the confusing waters of gender identity. If there were ever a time for a topical, allegorical serial with a disarmingly shiny premise to help us adapt to a confusing new world, it would be now. 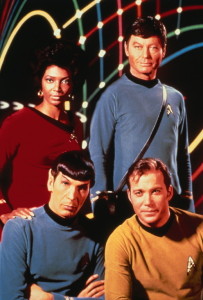 Other programs, especially those of the always cutting-edge science fiction and fantasy genre, have attempted to fill the gaping void that is our dearth of new “Star Trek” episodes. Unfortunately “Torchwood” tried too hard and came off as too pushy, the ever-expanding “Star Wars” franchise has consistently fallen short of standing for anything, and don’t even get me started on the clumsy, unfollowable mess of the unplanned-pregnancy allegory “Kill the Moon” in the most recent series of “Doctor Who.”

The only serial of recent years that holds water is the online fan series “Star Trek Continues,” which is modeled after the original. Simply put, we need small screen “Star Trek,” maybe now more than ever. Actor Zachary Quinto and his peers do an excellent job of keeping the original characters alive: Spock, Bones, Kirk, Scotty, Uhura, Sulu and Chekov and the whole Constitution-class crew live on in the new movies.

However, the true essence, not just of Spock, but of the entire franchise, cannot fulfill its purpose in summer blockbusters alone; it mandates a regular time slot on network television the way “Rod” intended it, so we as a nation can sit back and think.