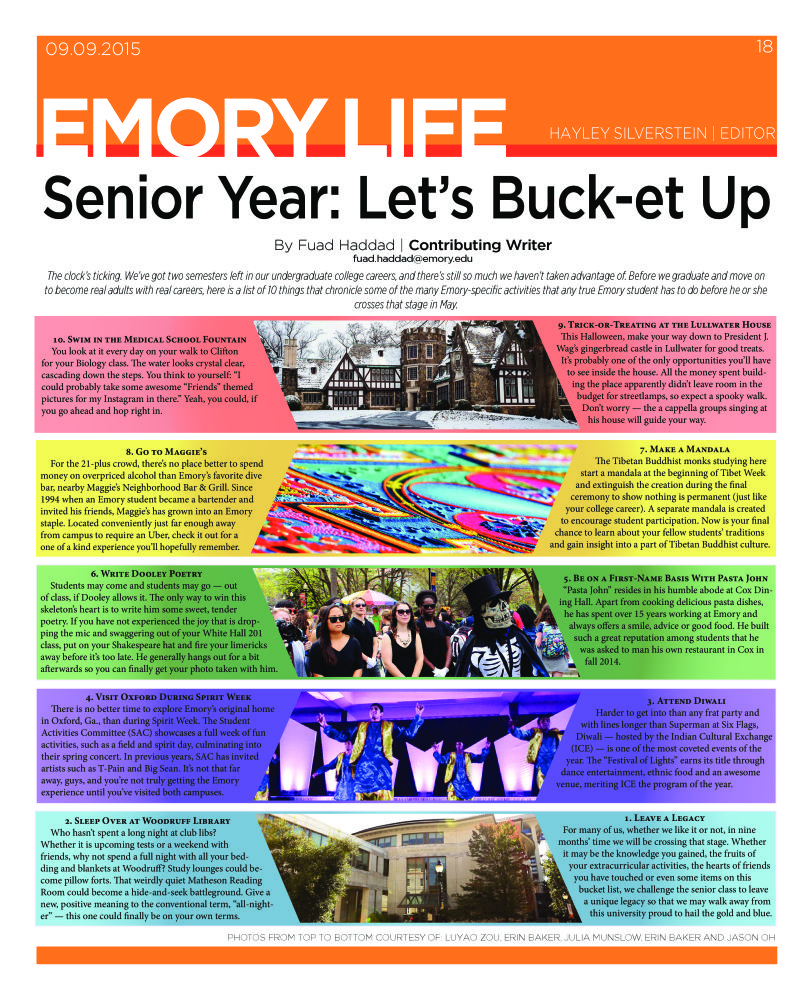 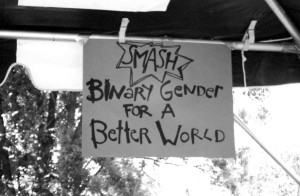 I like to think of myself as a progressive individual; I watch Rachel Maddow and Bill Maher.  I vote Democrat, and I try to keep an open mind. But it’s been pointed out to me rather often that I can be quite “old-fashioned,” a euphemism for ignorant, especially with regard to recent breakthroughs in nontraditional views of gender.

I accept those who are transgender, for example, but do not yet quite understand gender outside of some form of the male-female binary. I am willing to learn, but my mind can be very stubborn in its ways. For example, for many years of my youth I was obsessed with proper grammar and diction, insisting on following the “official” rules and correcting those who break them. Only later in life would my concept of language become more relaxed and focus more on successful communication than on rigid form.

I mention grammar specifically because its recent role in gender politics has not gone unnoticed. Just last academic year, for example, the Student Government Association (SGA) passed a bill replacing all gendered pronouns in its constitution with the gender neutral “they,” “them,” “their” and “theirs.”

Technically speaking this is not proper English; an unspecified person is called “he” and “him” until named, and “their” pronouns are reserved for groups, the group already a gender-neutral entity.

SGA was able to ignore this rule because doing so was an act of social justice and because the change has already been largely established in the English vernacular. I remember that while working on my first piece for the Wheel, I used a vague, unspecified “his” and earned a comment from the editor, “What’s with the gendered language?” I was tempted to respond, “English,” but the vernacular is established enough that I changed it to “their” without a snit.

My point is, the English language can, and to a certain extent already has, handled this new flexibility. But not every language can. For example, as a Middle Eastern and South Asian studies major I study Hebrew and Arabic, and it’s not only the Semitic languages that depend so heavily on gender in nouns, adjectives and even verb conjugations. It’s impossible to string together a basic subject and predicate in these languages without using at least one gendered verb.

This is troubling to me because if the fundamental cognitive building blocks of language are as important to evolving perspectives and reinforced basic concepts, as I’m told they are, the gender binary will continue to dominate the perception of many ethnic groups. Therefore, either changing such language isn’t the answer, or we need a new approach without ungendered “they’s” and “them’s.”

Regarding male and female tenses, the obvious angle would be to either add a third tense or to simply drop one or the other and render all nouns, adjectives and verb conjugations to whichever one the general public commits to — I’m not just saying that to cut my Arabic verb chart homework in half. But this is much easier said than done.

In the late 20th century, whether the word for computer should be male or female sparked mild controversy and myriad talk-show comedy monologue material in Israel. (High notes: a computer is like a woman because it’s expensive, high-maintenance and complicated, and a computer is like a man because it’s an automatic, unintuitive input-output operation that asks no questions and gives you exactly what you ask for but nothing more. Computer did end up as a male noun.) Adding or eliminating an entire conjugative tense from any millennia-old language will not go over well.

This issue seems to me to have reached an impermeable block. It is a great relief to me that I don’t have to solve it in one brief column. What I am proposing instead is a dialogue regarding this topic. As much as people talk about gender roles as determined by religion and culture in places local and afar, the role of language rarely seems to make it to the discussion table. Either language is not as influential as we think, or it is, and we need to be prepared to universalize that concern when it rears its gender non-binary head someday in the future.

Phraseology may seem like the most trivial point to argue in international politics, and perhaps it is, but I believe that it’s never too early for semantic distinctions. I propose that, at the very least, authorities in the West on gendered languages open a public discussion of this apparent problem and propose solutions.

After all, we all have language. And we all have gender (I think). And at any rate, a person has a right to his their opinion.

Sam Ready is a College junior from Atlanta, Georgia.