The Atlanta City Council sentenced a large swath of DeKalb County to environmental devastation on Sept. 8, all in the name of building the massive police training facility dubbed Cop City by activists and Atlantans. Now, the mayor and law enforcement celebrate their newest infrastructure.

The story of the new training complex began in April 2021, when the Atlanta Police Foundation (APF) published its first set of plans. After briefly tabling the concept in mid-August in response to public outcry, the Council finally passed it this month. The extent to which Cop City ever had or did not have majority support among Atlanta residents remains unclear, but council members’ environmental and political failures paved the way for a destructive expansion of police power. 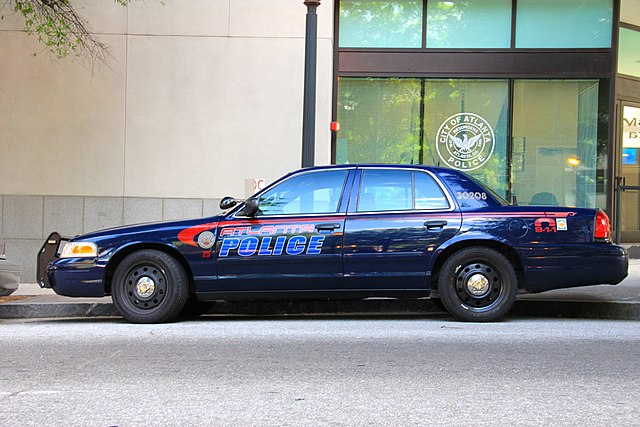 Following months of controversy, council members voted 10-4 in favor of constructing the $90 million fire and police training center. The current plan will preserve over half of the 381-acre property as either green space or public park space. However, its weapons testing and training facilities have serious negative implications for the safety of the local environment. Though the ordinance may have passed, it has the potential to poison residents’ food and water, exacerbate environmental racism and worsen relations between Atlanta’s police, city council and residents.

The only glimmer of hope has been the tremendous efforts of local community members, activists and organizers that have rallied against the City Council and the APF. As members of the greater Atlanta community, Emory students should not only understand the nuances of this historical issue but should also get involved in rallying against the council members who allowed this to occur.

The facility’s future home is a 381-acre plot and one of the last remaining large parcels of undeveloped land within I-285. According to the most recent published plans, its explosives testing site and firing range will sit near both a planned urban farm and a local stream known as Intrenchment Creek.

A shooting range means lead bullets could be lost in the woods which is particularly dangerous considering that the Environmental Protection Agency advises against building shooting ranges near water sources. In fact, public water quality data indicates that Intrenchment Creek, which connects to many other waterways in the south, already carries unsafe amounts of heavy metals, likely because of the two existing APF shooting ranges nearby. As a result, the lead, metals and other chemicals found in munitions could poison residents.

Another reason for strong opposition against Cop City is the expansion of police power and the devotion of resources toward law enforcement, despite public opinion shifting away from police power. The city’s inane commitment to using corporate sponsors to fund these projects only further speaks to its disregard for systemic racism in Atlanta. Yet this is not the first time: the APF has a history of over-policing and buying equipment to surveil innocent citizens, allocating $2.3 million of tax funds into Operation Shield, the city-wide surveillance network. Cop City serves no purpose other than to bolster the surveillance system and instill unnecessary fear in the people of Atlanta.

Police and city council members in support of Cop City have actively worsened tensions with the community. In response to a minor peaceful protest outside council member Natalyn Archibong’s house, Atlanta police reacted with overwhelming presence and arrests. The use of force demonstrates the City Council and the Atlanta Police Department’s unwillingness to address activists’ efforts and quick deference to violence — the central issue underlying Cop City’s development.

Moreover, APF and City Council have intentionally disseminated misleading information about Cop City to the community. Recently, City of Atlanta Chief Operating Officer Jon Keen was instructed to form an advisory council composed of community members and partners. However, a report from Mainline Zine, an Atlanta-based labor press, showed that the ‘Public Safety Training Center Recommendations Report’ lists no community members. Instead, it includes members of the APD, APF, Atlanta Fire Department and various people from the Department of Enterprise and Asset Management and Department of Law. Clearly, Atlanta’s government only cares about trumpeting community feedback, not actually listening to it. Despite 17 hours of public comment, much of which spotlighted opposition to the building of Cop City, the local government and police institutions remain undeterred.

The facility should not be built at all. Environmental concerns aside, the APD never needed $30 million of public funds for a glorified playground. Expanding law enforcement’s footprint in the area flies in the face of yearslong agitation against police brutality and dishonors the memory of its many victims. The City Council could have stood against systemic racism in Atlanta, but ten of its members instead chose to entrench it. Cities across the U.S., let alone a majority-Black one like Atlanta, need less police presence, less police funding and less police worship. But now that Cop City’s construction is all but assured, what can we do?

First and foremost, Emory community members should visit the area. See for yourself what the city is willing to destroy for the sake of a police training facility. If you want to get more involved, volunteering with local activist organizations, such as Defend the Atlanta Forest, is another great way to hold lawmakers accountable. We are a part of the fabric of this city, and we must understand the ramifications of such decisions. Now is the time to break the Emory bubble and help our Atlanta community.