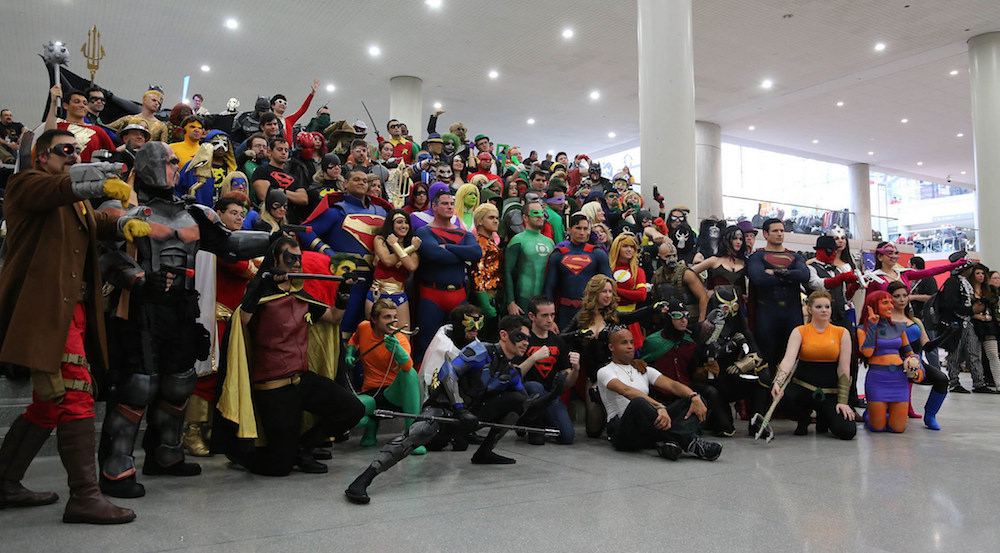 DC Comics is ending its bold “The New 52” lineup, at least in name, after the multi-franchise crossover event the “Convergence” is over. The name is gone, but the already problematic 52-dimension multiverse will stay … for now. And if you’re at all surprised, you clearly haven’t been paying attention for the last few decades. Though purported to be the singular, final iteration of DC’s ever-changing multiverse, The New 52 has proven to be just another one of DC’s long string of gimmicks starting with the Crisis on Multiple and Infinite Earths and in fact proven the exact opposite point that it set out to make: the DC Multiverse and its 80-year menagerie of countless alien planets, alternate dimensions, increasingly mutable characters and absurdly convoluted timelines is fundamentally unstable and has no attention span.

There was a time when, like a loyal sports aficionado, I couldn’t praise any works by Marvel or Image Comics or even Dark Horse without following it up with an obligatory “but DC is the best.” But it really isn’t. How many times has it been now that DC has made a massive and controversial change only to noncommittally retcon it at the first opportunity? In the last 25 years DC has killed Superman and brought him back — twice. Batman’s mythos has lost and regained Wayne parents’ assassin Joe Chill. The cute “Flash-of Two Worlds” homage to comics past snowballed into Crises of Multiple and Infinite Earths, Zero Hour, Infinite Crisis, Final Crisis and a dozen other epics that are impossible to follow (and not just because the numbering kept getting reset across all titles to match the rebooting). The Barry Allen Flash died — not that anyone remembers — and as for Supergirl, the original died, the replacement died and then the original was reimagined. Barbara Gordon turned from spunky sidekick Batgirl into paraplegic computer genius Oracle and back again … and again? I can’t remember. Gotham City was ravaged by an earthquake and Bruce Wayne was framed for murder. Lex Luthor became president and declared war on Superman and Batman as public enemies. The Green Lanterns dragged everyone into the Brightest Day and Blackest Night messes that no one can seem to sort out, and Darkseid and his Fourth-Worlders got entangled in franchises they had no business in, as when they killed Batman — Or was he just lost in time? Did they ever clear that up? Krypton got un-destroyed. Superman adopted General Zod’s son and Batman conceived and raised an ill-fated fourth Robin by Talia al Ghul. The Flashpoint Paradox changed everything across the board, which was actually pretty cool. Except don’t worry, none of that really happened — see, we’re starting over; it’s The New 52! … And Superman is with Wonder Woman now and has a new costume and a new power.

For so long now it’s been the same game: making a massive move that changes everything and then forgetting that it ever happened; in all cases requiring that everyone buy a lot of new comics and then disregard them as no longer canon. As it has been for decades, Marvel is the artists’ collective and DC is the faceless corporation. To clarify for less-informed readers, DC is the one with Superman, Batman and the Justice League, including the Flash and Greens Arrow and Lantern, and Marvel is the one with Spiderman, the Fantastic Four, the Avengers, including Iron Man and Captain America, and the X-Men, including Wolverine and Deadpool.

That’s not to say that Marvel is any saint; they’ve got a few reboots on their hands, including one in the works coming up after the new Secret Wars retelling, and Bob Kane screwing over Batman co-creator Bill Finger for full credit is not the only time something like that has happened in big-name, top-shelf characters (cough Stan Lee and Jack Kirby.) But when Marvel wanted to feature a gay wedding, they used X-Men member Northstar (introduced in the ‘70s and come out of the closet in the ‘90s and married in the 2010s) whereas when DC wanted to compete with those sales they simply rebooted Green Lantern Alan Scott from wise, 60-something year old veteran superhero and mentor (first introduced in 1940) into fabulous, 20-something jetsetter and gay groom-to-be (a complete archetypal change — as if they had to make him young and trendy for him to be gay), seemingly forgetting in the process, by the way, that old Alan Scott’s superhero son Obsidian was already gay but apparently just too obscure. Or take for example the Marvel Cinematic Universe, a long multi-phase plan that started with Iron Man and took the slow route over several years and phases to the Avengers, as compared to DC’s awful “Man of Steel” and their apparent plan to jump straight into the Justice League after its sequels “Batman vs. Superman: Enter the Knight” and “Batman vs. Superman: Dawn of Justice,” featuring Superman, Batman, Lois Lane, Lex Luthor, Wonder Woman, Cyborg, Aquaman and what could only appear to be Doomsday; isn’t that a mouthful! Marvel takes it slow. DC is just impatient.

The only reason I stuck around with DC as long as I did is that I liked the characters; Batman and the Justice League, especially. But I can’t put up with DC’s so-called “canon” even for the “Dark Knight”: for the last several years the only DC I will buy is Batman trade paperbacks — thematically driven, non-canonical one-offs by Joseph Loeb, Frank Miller, Alan Moore, Grant Morrison, Kevin Smith and the like that stand alone from DC’s insane alternate-history-of the-week formula. If a DC story sounds interesting, I wait for it to come out compiled, vetted and reviewed in an anthology. If a DC story offends me, I wait a week for them to change their minds and play revisionist history with George Lucas.

DC may have invented the rules, inventing the superhero genre with the creation of Superman and then Batman in 1935, but 80 years later, Marvel runs the game, and the truth is, it has for some time. And, if not Marvel, then someone else, but certainly not what’s left of Detective Comics, which, after jerking around its readers for decades with unfollowable nonsense, has long-since outlived its importance and my patience. 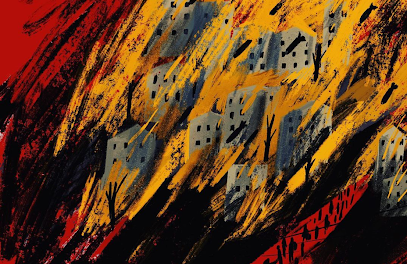