A Word Figuratively Spread Too Thin 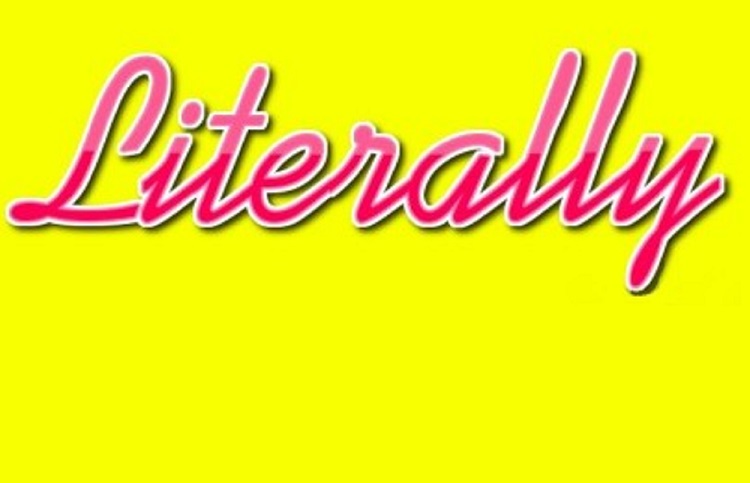 The word “literally” has literally died of overuse. By this, I do mean figuratively died — an equalization made possible by the realization that the former is now an accepted substitute for the latter. Reflecting the vernacular of the time, many dictionaries now recognize “literally” as nothing more than an emphasizer. It can be interpreted word-for-word or taken in a more abstract sense. Now, we literally have no word for literally. Although I suppose we’ll always have “verbatim.”

It was not so long ago that the landmark sitcom Parks and Recreation introduced character Chris Trager, the ultra-athletic, annoyingly optimistic, high-energy budget cutter, who would later become city manager. He is perhaps best remembered for his incessant punctuation with an emphatic, almost guttural, “lit-erally” to drive home his disproportionate enthusiasm. Juxtaposing Rob Lowe’s naturally more senior presence, the ubiquitous amplifier made the character absurd and cartoonish. But some time later, the concept seems less novel.

Language has quirks and trends, similar to how “Clifton Tower” and “Druid Hill” have attracted de facto pluralization. “Literally” has literally pervaded modern conversational trends to the point where it’s literally almost as though a person shouldn’t expect to be taken seriously without literally first attesting to their statements’ literal worth. This is hardly news, although it is literally contemptible and exasperating to anyone paying attention to it.

“Literally” would appear to be more litter than ally. However, grammarians, original recipe literalists and nitpickers need not worry themselves, for this annoyance is temporary.

First, it is natural for language to grow and change with time and use. Second, a distinction as fundamental as the literal and figurative would have leveled out eventually in one form or another. And finally, emphasis is like any commodity in that scarcity produces value. Much like how profanity loses its power with overuse and only truly resonates when infrequently spoken and labeled taboo, so too must any emphatic’s strength be inversely proportionate to its expectancy. “Literally” only has an effect when one would usually assume the figurative, but at the rate it is proliferating, the word will soon go without saying — at which point, it won’t be said. It literally won’t be a problem.