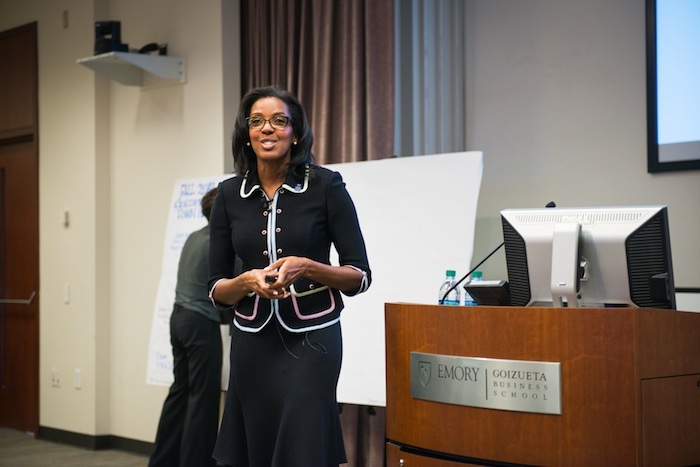 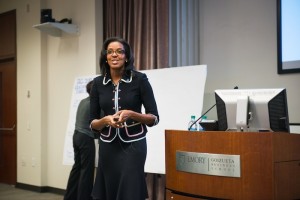 Outgoing Goizueta Business School Dean Erika James is the third senior administrator within the last five months to announce her departure from Emory. After the news that former Provost Dwight McBride and President Claire E. Sterk had plans to step back from their positions, James was named the next dean of the prestigious Wharton School of the University of Pennsylvania last week. She will assume her new post in July.

“I see this as a confluence of events that is a coincidence of timing, and I don’t really see an underlying pattern here,” Elliott said. “We want to have ambitious leaders, and they are going to be presented with other opportunities.”

But the departures of McBride, Sterk and James have also raised questions and concerns among faculty and students about the future of the University’s leadership.

“I was surprised to learn [about the departures] because the University’s had a history of administrators at that level staying around for a number of years,” said Jeffrey Staton, chair of the political science department.

Before leaving Emory to serve as the president of The New School (N.Y.), McBride served a two-year tenure as the University’s provost and executive vice president of academic affairs. When Sterk concludes her Emory presidency, she will have served in the position for four years.

Out of the three, James stayed at Emory the longest — six years.

In an interview with the Wheel, James discussed her time at Emory and her status as the first African American and first female dean of both Goizueta and Wharton.

“It’s been a difficult decision, but this was an opportunity that provided me a chance to both continue the work that I enjoy … but to do so now in a school that is larger, a bit more complex and more global in its reach,” James told the Wheel about her recent appointment.

James first joined the Emory faculty in 1998 and later returned in 2014 to serve as the dean of the Business School. In her six-year stint, James was heavily involved in Social Enterprise at Goizueta ([email protected]), an entrepreneurship center that combines academic research with support for local businesses.

Her tenure saw the largest donation in Goizueta’s 101-year history, a total of $30 million, a portion of which was funnelled into [email protected]

Students and faculty members have expressed mixed reactions to James’ departure, specifically regarding the upcoming uncertainty that will surround the entrepreneurship center, considered one of James’ major projects.

Though Wesley Longhofer, Goizueta associate professor and academic director of [email protected], acknowledges the unknowns that will accompany the next leadership, he remains confident of Emory’s ability to adapt.

“I know that trying to find three leaders at the same time is a big challenge,” Longhofer told the Wheel. “My hope is that the next dean shares the same vision that Dean James does for us.”

Lyndsey Garbee (21B), College Council vice president of budget, echoed Longhofer’s sentiments, adding that she felt proud that James will transition to Wharton but was disappointed in her departure from Goizueta.

“You never know if the new dean is going to hold those same priorities,” Garbee said.

Though James recognizes the uncertainties her transition brings, she emphasized Emory’s ability to recruit new administrators.

“I think these moments in time of transition, while they may be concerning when you’re in it, history will tell you that these are not moments in which the University or any university sort of falters or goes by the wayside,” James told the Wheel.

In response to the consequent administrative departures, Sterk told the Wheel in a statement that these administrators “are much sought after by other prominent institutions,” and remained confident about Emory’s ability to continue attracting talent. 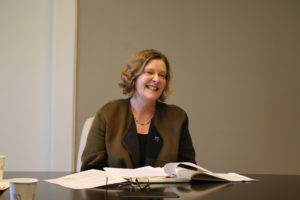 Sterk cited the taxing, seven-day work week and her desire to return to public health work as the reasons for her retirement from the University’s presidency. Before Sterk took her post, James Wagner held the office of president for 12 years.

The release of the presidential prospectus in February gave the Emory community their first glimpse of what the Board of Trustees is looking for in the University’s next president.

The prospectus’ focus on fundraising has garnered the attention of some faculty members, who have expressed concern over where these funds would be concentrated.

“We all want more funds for research and scholarship and students, but also [hope] that it doesn’t leave the liberal arts in the dust,” Professor of Philosophy Noëlle McAfee told the Wheel. “I worry that with the incentive to try to raise more funding and beef up the medical side, that there’d be less and less for that central mission.”

McAfee commended Emory for “incubating people who have this leadership potential,” in regard to the departures of James and McBride.

“I think it’s more the question … about why President Sterk left, what that signals,” she said.

The prospectus does not reveal the timeline in which the next president will be appointed.

During his short tenure, McBride was instrumental in championing faculty initiatives, Vice Provost of Undergraduate Affairs Pamela Scully told the Wheel. Most notably, McBride oversaw the hiring of the University’s first chief diversity officer and three Latinx studies scholars in 2019. 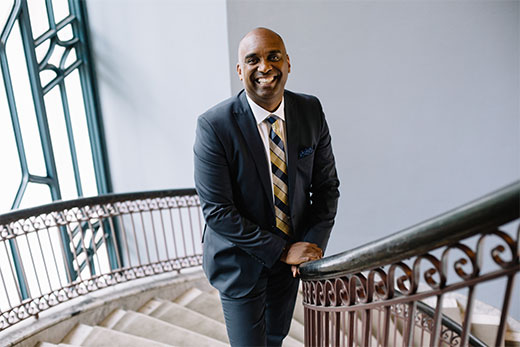 “He focused on making sure we recruited an excellent and diverse faculty,” said Scully, who was appointed by McBride. “He also really initiated discussions about how to ensure we pay faculty comparable salaries.”

Scully lauded McBride’s work at Emory and expressed a desire for the next provost to carry on McBride’s mission of diversity and faculty empowerment.

“I would really like to see a provost that continued the work … and was out and about and engaged with students, but I would say the same for the president,” Scully said.

Though faculty members have expressed appreciation of McBride’s work, some believe that the former provost could have been more engaged in solving issues that face members of the Emory community.

McAfee, the former president of the Emory chapter of the American Association of University Professors (AAUP), believes a major issue at Emory is the lack of tenure prospects for lecture-track faculty. As AAUP president, she lobbied the University to ensure these faculty members had job security.

“We did not make much headway at all with the administration, so I would have liked to have seen more of a commitment on their part for that,” she said.

McBride worked alongside Sterk to launch the “One Emory” strategic framework, a plan designed to attract and retrain faculty and strengthen Emory’s academic community. The goals that this framework have laid out will continue into the University’s next leadership team, Scully said.

The University will not launch a provost search until a new president is appointed.