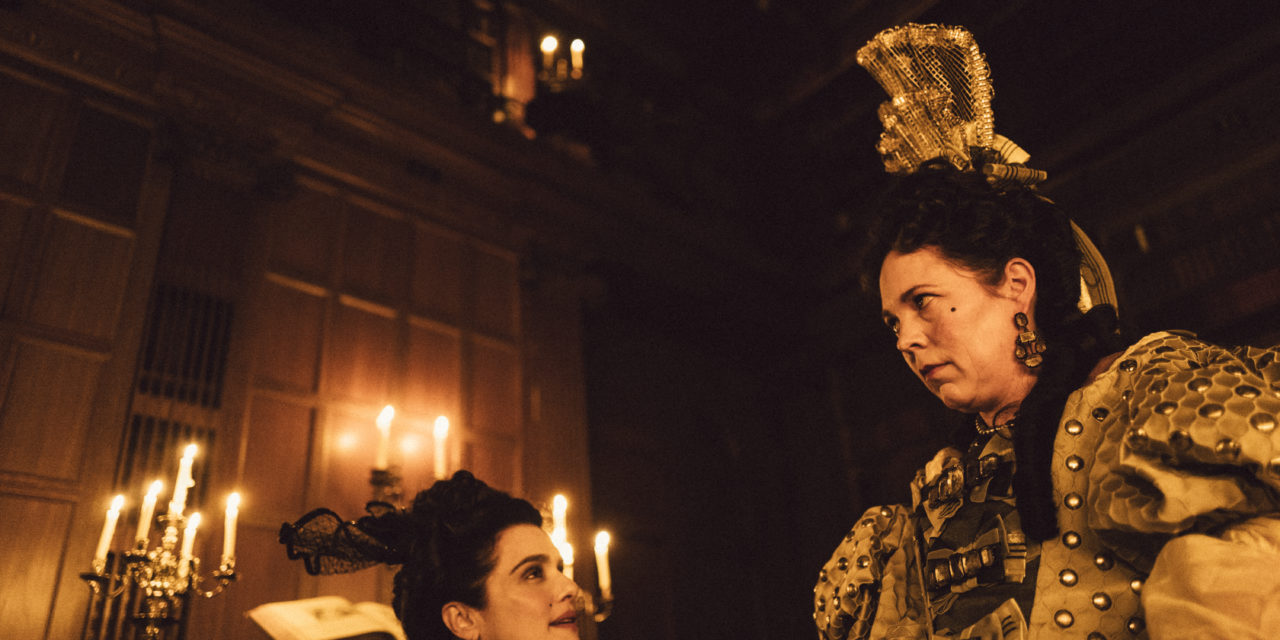 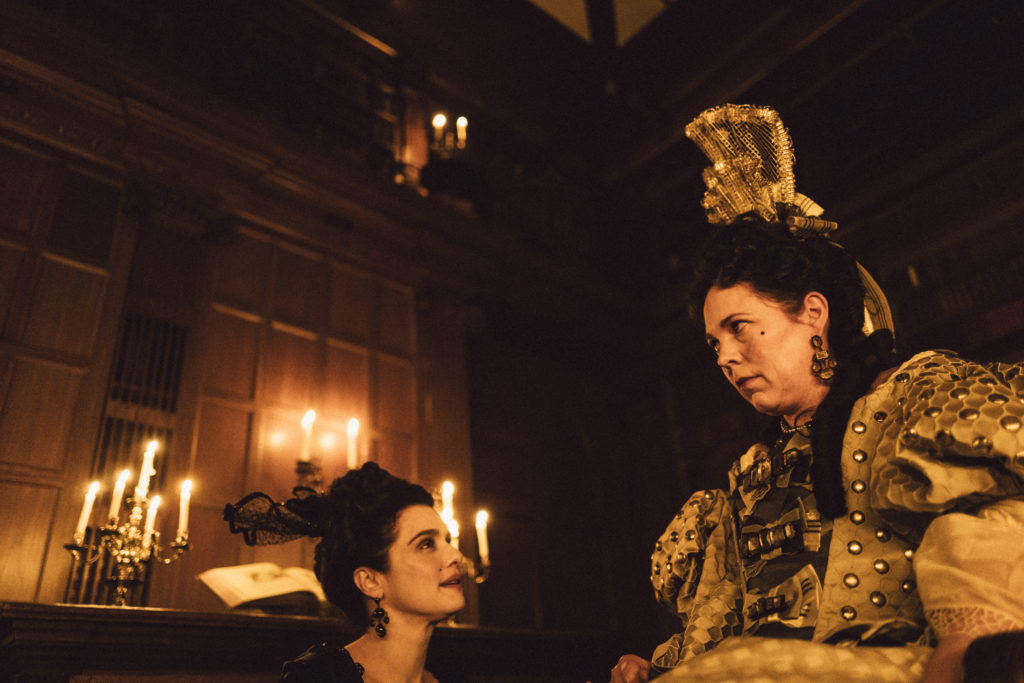 Greek director Yorgos Lanthimos sets his sights on revamping the period drama in “The Favourite,” and he does not disappoint. The auteur explores gender norms of the 18th century and focuses on the thin, almost indistinguishable line between sexual and state politics through its central power struggle between Queen Anne (Olivia Colman) and her two lovers, Sarah Churchill (Rachel Weisz) and Abigail Masham (Emma Stone) as they fight for control over each other, and therefore, the kingdom. The film’s formidable ensemble, paired with absurd fish-eye camerawork and a tragicomical story, make “The Favourite” an unmissable example of directing, acting and filmmaking at its finest.

2. “If Beale Street Could Talk”

Barry Jenkins’ third feature, an adaptation of the eponymous James Baldwin novel, is just as rich in emotion and beauty as his 2016 best picture winner, “Moonlight.” The film tells the moving story of Tish Rivers (KiKi Layne), a young black woman who must attempt to prove her imprisoned boyfriend’s (Stephan James) innocence before she gives birth to their child. The crushing realities of institutionalized racism and a biased justice system are set to Nicholas Britell’s sweeping score. Accompanied by some of the year’s best cinematography, “If Beale Street Could Talk” is one of the most poignant and earth-shattering love stories in recent memory.

In a year characterized by global strife, hope came in the form of a Peruvian bear. The sequel to Paul King’s 2014 family film “Paddington” is even more charming and magical than its predecessor. The film deftly embeds messages about kindness and generosity into the wholesome story of Paddington’s (voiced by Ben Whishaw) search for the perfect birthday gift for his Aunt Lucy. The film features some of the most delightful sequences of animation this year, as well as an excellent and unexpected supporting actor performance from Hugh Grant as washed-up actor Phoenix Buchanan. “Paddington 2” is the most warm-hearted film of 2018, one that reminds us that “If we are kind and polite, the world will be right.”

“The Tale” may be documentary filmmaker Jennifer Fox’s first foray into narrative storytelling, but it does not stray from her nonfiction style. A riveting, unflinchingly honest portrayal of Fox’s experience of sexual abuse at age 13, the film focuses on the ways in which past traumas can manifest in the present, and the malleability of memory. The feature is underscored by masterful portrayals of protagonist Jennifer Fox (Laura Dern) and her horse-riding trainer, Mrs. G (Elizabeth Debicki). This is an essential work in the wake of the #MeToo movement, and one that will hopefully inform the way in which stories of this nature are told going forward — with respect and care.

5. “Spider-Man: Into the Spider-Verse”

Sony’s latest reboot of the Spider-Man franchise is revolutionary, not just as a superhero film, but as an animated feature. The film follows teenager Miles Morales (Shameik Moore) as he finds his footing as a superhero with the help of other “spider-people” from across universes. “Spider-Man: Into the Spider-Verse” is a loving reminder that everyone can be a hero. With lively and colorful animation ripped straight out of a comic book, and with a story that does not skimp on heart or humor, the movie makes for an invigorating and purely joyful cinematic experience.

6. “You Were Never Really Here”

Perhaps no movie in 2018 was as well-crafted as director Lynne Ramsey’s thriller, “You Were Never Really Here.” Taut, tense and meticulously constructed, it is a perfectly paced dive into the psychology of a veteran-turned-hired gunman played by Joaquin Phoenix. Phoenix excels in a performance that rightfully won him Best Actor at the Cannes Film Festival. Under Ramsey’s stellar direction, the film shifts effortlessly between fantasy and reality, past and present, restraint and rage. Without a wasted frame and with a haunting, atmospheric score from Jonny Greenwood, “You Were Never Really Here” is art-house film in its best and purest form.

Quietly heartbreaking and meditative, Debra Granik’s film tracks the odyssey of a homeless father and daughter (Ben Foster and newcomer Thomasin McKenzie, respectively) in two wildly underappreciated performances as they are forced out of the public park in which they reside. The movie is an empathetic exploration of the de facto communities formed by those on the margins of society as well as the ways in which we grow up and grow apart. “Leave No Trace” allows its story to unfold gradually, lingering on shots of lush landscapes before delivering its devastating conclusion.

Bo Burnham’s first feature has been one of the most talked-about directorial debuts of 2018, and with good reason. The film captures the last week of middle school for Kayla Day (Elsie Fisher), an amateur vlogger, negotiating the balance between specificity and universality with ease. While this is very much a 2018 film, full of references to current pop culture trends and social media, the visceral nature in which the movie’s events unfold ensure that its themes strike a universal chord among audience members. An accurate snapshot of middle school life that refuses to belittle the trials and tribulations of growing up, “Eighth Grade” is one of the best coming-of-age films of recent years.

Maybe the most timely film to emerge from 2018 is Paul Schrader’s bleak vision, grounded in the best screenplay of the year. In an Oscar-worthy turn, Ethan Hawke portrays the depressed and ailing Reverend Toller, who unwittingly becomes involved in an environmental terrorism plot. Aside from its creative stylistic choices, like the unique aspect ratio and desaturated color palette, the film truly shines in its presentation of climate change and extremism. A brutally candid look at the irreversibility of the damage done to both our planet and to one another, “First Reformed” is a startling, gripping portrait of our world.

Boots Riley has been making defiant, anti-establishment music for decades; these sentiments extend to his directorial debut. Crazy, colorful and energetic, the film tackles capitalism and racism in the most absurd and effective way. It follows telemarketer Cassius Green’s (Lakeith Stanfield) ascent up his company’s corporate ladder and descent into the grotesque reality of the corporation for which he works. Each shot is rife with meanings, and Riley’s uncompromising vision is fully on display throughout the entire feature, which is sure to leave viewers overwhelmed and astounded.