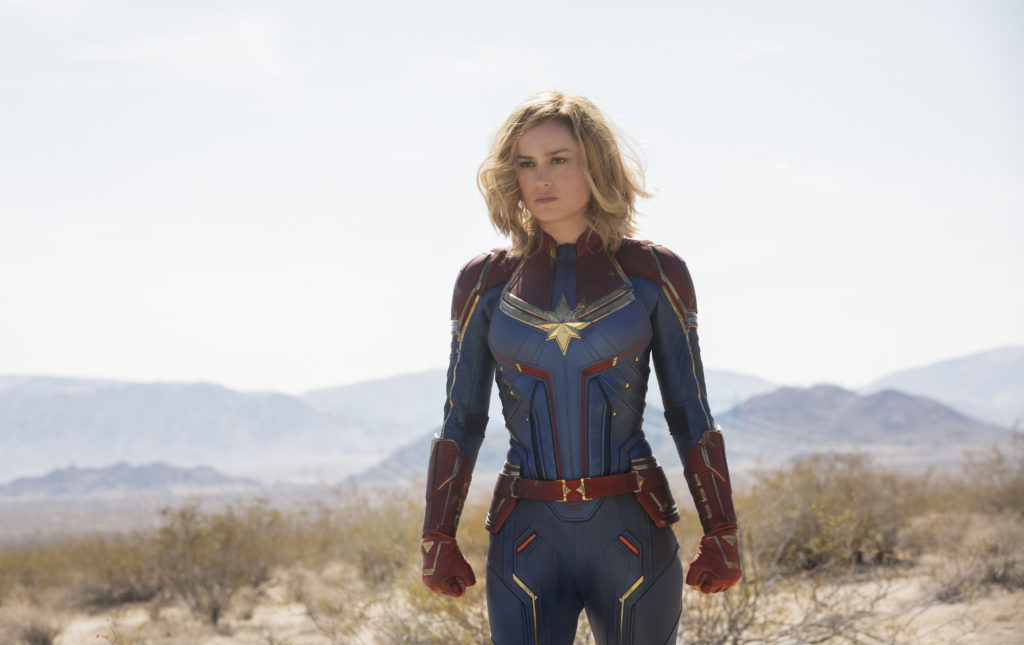 The new year is shaping up to be an exciting time for film lovers of all tastes. From thrilling superhero and family-friendly Disney movies to literary adaptations, 2019 will be an exhilarating ride for movie-goers everywhere. Here are 10 upcoming quality films to keep in mind:

The first Marvel film of the year, “Captain Marvel” will introduce audiences to Carol Danvers (Brie Larson), a United States Air Force officer who becomes Captain Marvel. With Earth entangled in a war between two alien races during the ‘90s, Danvers rises to the occasion and becomes one of the universe’s most formidable heroes. As Marvel’s first woman-led superhero film, “Captain Marvel” is sure to follow in “Wonder Woman”’s footsteps and excite both devoted superhero lovers as well as regular movie-goers.

“Us” is Jordan Peele’s follow-up to his hugely successful directorial debut, “Get Out”. The film follows the Wilson family as their beach vacation turns into a fight for survival when four masked intruders attack. When the attackers remove their masks, they reveal that they are the family’s doppelgangers and are intent on killing them. “Us” features a celebrated cast with stars Lupita Nyong’o, Winston Duke and Elizabeth Moss. After Peele riveted viewers with “Get Out,” audiences are eagerly anticipating how he’ll follow up with “Us,”a movie imbued with the darkness within society.

Concluding 11 years worth of Marvel movies, “Avengers: Endgame” picks up from the heartbreaking ending of last April’s “Avengers: Infinity War.” With only half of the Avengers team still alive, Captain Marvel and Ant-Man (Paul Rudd) join in the fight against Thanos. The Avengers must find a way to bring back their murdered teammates, as well as the half of the population that Thanos killed in the previous movie. After the box office success and heart-stopping cliffhanger of “Infinity War,” “Endgame” will likely draw masses into theaters to find out how the Avengers recover.

In 2017, audiences loved “Spider-Man: Homecoming,” and the pressure is on for its sequel to be just as thrilling. “Spider-Man: Far From Home” may or may not meet these expectations when Peter Parker (Tom Holland) and his friends take a trip to Europe, where Peter hopes to take a break from his duties as Spider-Man. When he arrives in Europe, however, Peter teams up with Nick Fury (Samuel L. Jackson) and Maria Hill (Cobie Smulders) to fight new villains, the Elementals. Mysterio (Jake Gyllenhaal) makes an appearance, but we’ll have to wait and see if he is a villain or if he will help out our cherished hero.

Jon Favreau’s new live-action adaptation of “The Lion King” follows a similar storyline as the 1994 animated Disney classic. A lion cub, Simba (Donald Glover) is born as heir to his father’s kingdom. When Mufasa’s (James Earl Jones) brother Scar (Chiwetel Ejiofor) kills Mufasa to usurp his throne, Simba must find a way to take back his rightful place as king. With a star-studded cast that includes Beyonce, John Oliver and Seth Rogan, paired with a new take on a beloved story, “The Lion King” will delight audience members of all ages.

Written and directed by Quentin Tarantino, “Once Upon a Time in Hollywood” is a mystery crime film that takes place amid the terror of the Manson Family murders of the late 1960s. While not much has been revealed about the plot, we know it focuses on a struggling actor and his stunt double. Due to the prestige of its director and its cast, which includes Leonardo Dicaprio, Margot Robbie and Brad Pitt, I have high hopes for “Once Upon a Time in Hollywood.” Only time will tell, however, whether Tarantino will truly deliver.

Now that audiences have recovered from the terror of 2017’s “It,” its sequel is sure to make a similar statement. “It: Chapter Two” covers the next section of Stephen King’s best-selling 1986 novel. Twenty-seven years have passed since “It,” and the kids from the Loser’s Club are now adults (Jessica Chastain, Bill Hader and James McAvoy) and have left the town of Derry. But when Pennywise (Bill Skarsgard) makes a return, they must come home and reunite to defeat the killer clown.

The film adaptation of Donna Tartt’s Pulitzer Prize-winning and best-selling novel, “The Goldfinch” is directed by John Crowley and stars Ansel Elgort as the lead. The story begins when 14-year-old Theo Decker (Elgort) survives a terrorist attack in an art museum and steals a rare painting in the wake of the attack. “The Goldfinch” follows Theo as he grows up and deals with the trauma of the attack and the death of his mother. The novel is one of the best in the past decade, and if this film adaptation does it justice, it is something film lovers everywhere can look forward to.

After devoted fans were disappointed with Rian Johnson’s work in “Star Wars: Episode VIII,” J.J. Abrams has retaken his seat as writer and director from “The Force Awakens” to produce the finale of the Star Wars sequel trilogy, “Star Wars: Episode IX.” Much of the plot of “Star Wars: Episode IX” is shrouded in secrecy, however, and many fans are curious how the death of Carrie Fisher, who played Leia Organa, will affect the storyline. This long-awaited trilogy has been an exciting ride so far, and I can’t wait to see how Abrams will wrap everything up in the final installment.

Writer and director Greta Gerwig will follow her successful debut, “Lady Bird,” with an adaptation of the 1968 novel, “Little Women.” The film follows the lives of four sisters as they grow up in the aftermath of the Civil War. The film features a star-studded cast, including Meryl Streep, Laura Dern, Saoirse Ronan and Timothee Chalamet. Gerwig worked with Ronan and Chalamet on “Lady Bird,” and I am looking forward to seeing the Oscar-nominated trio reunite for “Little Women.”