‘Antibodies (Do You Have The)’ examines inequity, intimacy in COVID-19 era 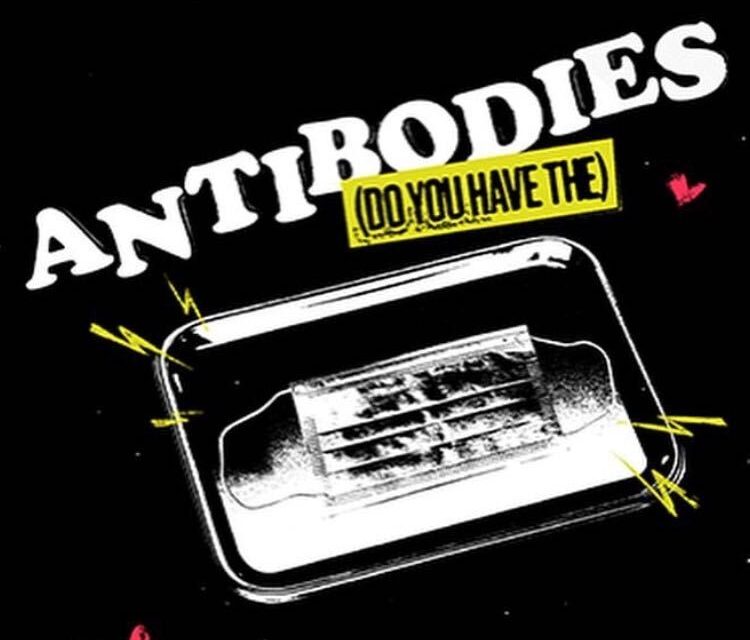 In the midst of quarantine, “Antibodies (Do You Have The)” started as a video on social media, in which actor Nicholas Braun shared some lyrics that had been spinning around in his head and asked fans for their thoughts. Braun didn’t intend it to be serious, stating, “When I put up that first video, I just wanted to make people laugh.” Now, the song has developed into a thoughtful critique on the inequities that have pervaded the COVID-19 era, with proceeds going to Partners in Health and Community Outreach and Patient Empowerment.

The song opens with heavy discordant sounds and a melancholy tone, setting the stage for a groundbreaking but catchy musical experience. Braun’s statement “If you come within six feet it’s mask on, mask on, mask on, mask on,” might initially seem insensitive and thoughtless given that the CDC recommends that individuals simultaneously wear a mask and social distance, not forego one for the other. However, with this lyric, Braun emphasizes the lack of accessibility in regards to COVID-19 safety protocols and knowledge. Especially considering rampant misinformation, Braun’s introspective commentary gives us a glimpse into the harsh realities of this pandemic era.

Braun’s critique of the government’s dissemination of public health knowledge continues throughout the song. In the second verse, he pleads with his beloved to assure him that her “blood’s got the stuff/ The stuff that makes you clean,” though he subsequently admits, “I know we’re not entirely sure what it actually means.” Braun’s admission in these lines is by no means unique to him; how many of us can truly say we understand the principles underlying immunity? The lyrics underscore the pressing need for both comprehensive and accessible information about COVID-19. More broadly, the lines also call for an increased focus on health literacy, which strongly correlates to better health outcomes over the course of life; the most recent data show that in the U.S., only 12% of adults scored in the highest literacy proficiency levels.

In one of the most poignant lines of the song, Braun asks his love, “Can you find a testing site?” This lyric rings true with so many listeners. Since the start of the pandemic, many communities have had difficulty accessing testing sites, which have been disproportionately placed near high-income areas. Braun’s question illuminates stark inequalities in the U.S., leaving listeners with a hollow yet restless feeling. The government failed to provide adequate access to resources, especially in rural areas and low-income communities, and Braun utilizes his music to advocate for the betterment of society.

“Antibodies (Do You Have The)” also chronicles the experience of dating in the midst of a pandemic, with all of its singular challenges and pressures. When Braun croons, “No more sending nudes,” he is commenting on the marked surge in the use of dating apps over the course of the pandemic, an increase which has emerged due to the barriers COVID-19 has posed to physical contact and travel. Though the separation necessitated by the pandemic is difficult, Braun takes advantage of it to ponder the solidity of his relationship and the depth of his beloved’s true feelings for him. The song’s repeated refrain, composed of two questions, is sufficient evidence of this fact: Braun asks, “Do you have the antibodies?/ Do you wanna be with me?” Braun’s inquiry extends beyond mere immunity status to probe whether or not the one he loves is willing to put forth the extra effort to be with him. In the past year, lovers have had to endure a lot: physical separation, testing protocols and more. However, through this tune, Braun seems to assert that suffering through these trials together can prove the strength of a couple’s bond.

Though Braun’s song is powerful and perceptive, it is worth noting the ways in which his lyrics feed into the metaphorization of COVID-19, a device which Susan Sontag explained through the lens of illnesses such as cancer and tuberculosis in her seminal work, “Illness as Metaphor.” The metaphorization of illness attaches meaning to a disease beyond the biological and can have disastrous, stigmatizing consequences. When Braun expresses his desire for a girl who has antibodies, he describes her as being “safe” and “clean.” These descriptors imply that those who do not have the antibodies are unsafe and dirty, implicitly blaming those who have COVID-19 or are unable to obtain the vaccine for their present lack of antibodies. This implication obscures the U.S.’s public health failures  which have forced millions into unsafe conditions and directly contributed to the nation’s rising caseload.

Nevertheless, “Antibodies (Do You Have The)” remains a relevant and painfully relatable tune for the COVID-19 era. The song functions as a historical document of the pandemic, recounting the trials and tribulations of life and love in this historical moment. It is certain that generations from now, historians and the public alike will look back at Braun’s track as a detailed depiction of the ways the government let its citizens down, the daunting predicaments caused by isolation and quarantine and the persistent certainty that ultimately, love conquers all.