‘French Exit’ Is Not Worth the Entrance Fee 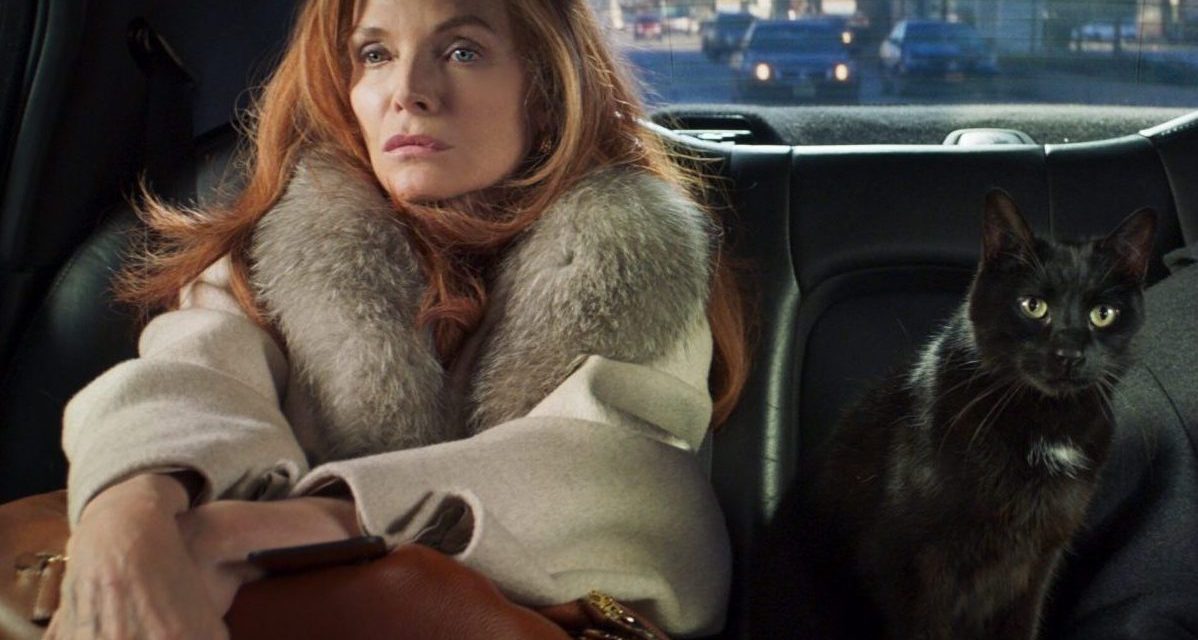 It’s often said that imitation is the sincerest form of flattery, but director Azazel Jacobs’ latest film “French Exit,” which opens in Atlanta on April 2, is the kind of rip-off that no director could possibly confuse for a compliment. Though it features the quirky, off-beat characters of a Wes Anderson film and the literary dialogue that defines Noah Baumbach’s movies, “French Exit” is missing the heart and humanity that anchor these filmmakers’ works. The film is hollow and devoid of any sort of real emotion, dramatic tension or significant purpose.

Based on the novel of the same name by Patrick deWitt, “French Exit” follows Frances Price (Michelle Pfeiffer) and her son Malcolm (Lucas Hedges), two members of the New York elite who retreat to Paris to live in a friend’s apartment after they run out of money. As the duo holes up in France, their apartment gradually fills up as they are joined by acquaintances both old and new, from Malcolm’s fiancee Susan (Imogen Poots) to a psychic named Madeleine (Danielle Macdonald). Along the way, Frances and Malcolm must mend their strained relationship and come to terms with the loss of the family patriarch, Frank (Tracy Letts).

The principal issue with “French Exit” is its writing. While deWitt also penned the film’s screenplay, his writing style clearly does not translate well to the screen. The dialogue seems far too obsessed with its own cleverness to read as authentic in any manner. In one scene, Susan asks Malcolm “Is chivalry an interest of yours?” and he replies “I have many interests.” She follows up with the question, “How would you describe yourself?” to which he solemnly responds, “I don’t know that I’d bother to in the first place.” It’s hard to imagine anyone, let alone an engaged couple, engaging in such a robotic conversation. Perhaps the dialogue is intentionally stylized, but it fails to serve any purpose other than making it difficult to identify with or care about the characters. deWitt also utilizes self-conscious dialogue to preempt criticism of the film and its myriad flaws; at one point, Frances explains to a friend why cliches are underrated, calling them “a story so fine and thrilling that it’s grown old in its hopeful retelling.” With this line, it’s clear that deWitt and Jacobs are unsuccessfully attempting to justify the existence of their own cliche-ridden movie.

The film also includes elements of the absurd and supernatural, likely in an attempt to spice up its main storyline about sad rich people. The most notable supernatural element is the soul of Frances’ dead husband, which has taken up residence in the body of her cat (a fact which everyone in the movie seems to take for granted). There are multiple seances throughout the movie and a woman who seems to be a sham psychic, although her predictions come true against our expectations. Though these aspects of the film are admittedly more intriguing than its central plot, they are not integrated or developed enough to truly work. Rather than fleshing out the farcical edge lent by its absurdity, the film includes these oddities as mere narrative flourishes: all surface with no underlying substance.

The only compelling reason to see “French Exit” is Michelle Pfeiffer. Of all of the film’s actors, she is the only one able to play a poorly-written character in a way that suggests some sort of depth and humanity. As Frances struggles with the question of what she will do once the last of her money runs out, we can almost sympathize with her plight; as she explains to her attorney early on in the film, “My plan was to die before the money ran out but I kept and keep not dying and here I am.” Pfeiffer’s comedic timing is also impeccable. The sight of Frances grinding up her cat’s meds with the sole of her high heel or setting fire to flowers in a restaurant almost justifies the film’s existence, but even Pfeiffer’s charm and charisma cannot keep the film from losing steam.

As a whole, “French Exit” is an empty and meandering film that aims for profundity but winds up with all the depth of an episode of “Gossip Girl.” The movie clearly wants to be many things: it wants the quirks and theme of familial forgiveness that underscore “The Royal Tenenbaums” (2001) and the witty, referential dialogue of “The Meyerowitz Stories” (2017). Unfortunately, in making his movie, Jacobs forgot one crucial point: for these elements to cohere, the film must have a soul.