‘Kill It and Leave This Town’ Is a Grotesque Mess 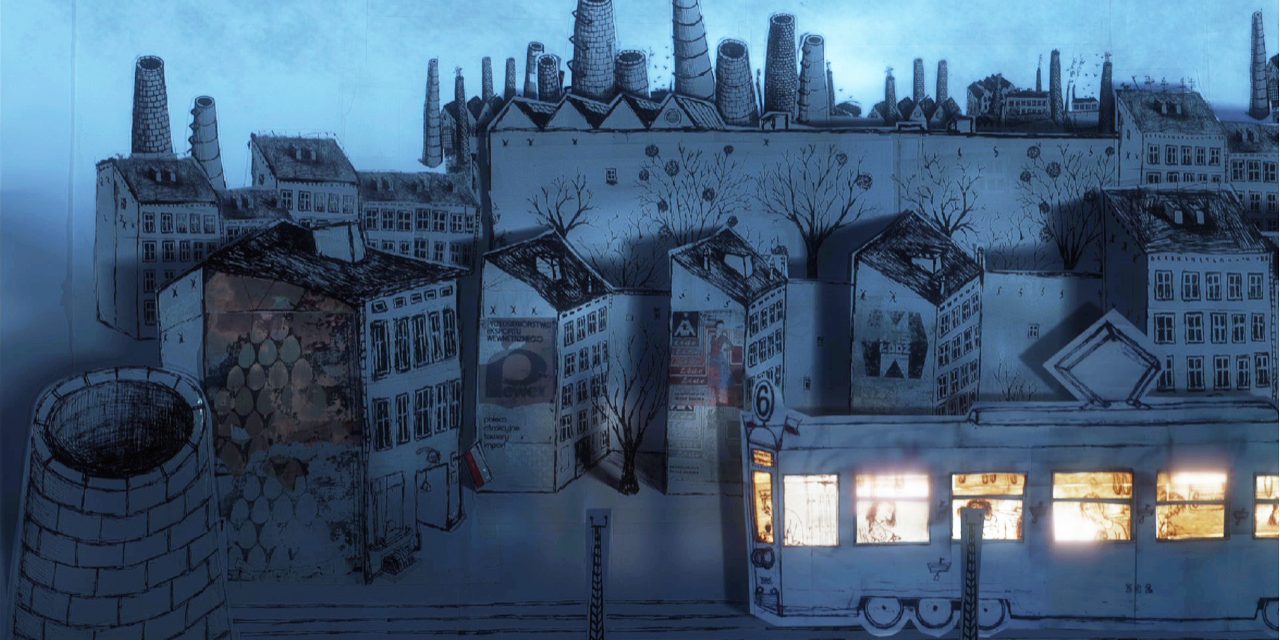 As a critic, I usually feel capable of evaluating a film based on its strengths and weaknesses with limited subjective bias. The new Polish-animated film “Kill It and Leave This Town” might be the first time I have genuinely questioned my ability to adequately critique a film and what my role even entails. This film left me with strong feelings of stress, disgust, and tedium that intermingle with my own perception of the film from a technical and stylistic perspective, making it difficult for me to evaluate whether the film is impressive or successful in its goals since I disliked it so strongly from an emotional perspective.

The content of “Kill It” is so surreal that discussion of its stylistic and technical merits compels viewers to consider whether or not they see the film’s style as meaningful. “Kill It and Leave This Town” certainly wants to be the kind of movie that has something to say about life and aging but whatever thematic elements it wants to discuss is bogged down by needless provocation. I cannot recommend this movie in good faith but, hopefully, I can still describe it in a way that allows those who might enjoy it to decide for themselves.

Trying to give a summary for this film is difficult because the mere existence of a plot is debatable. The film does have major recurring characters, though it isn’t easy to identify who they are or what role they play in the story. Scenes shift from one to another in unexpected ways, making any sort of narrative causality that may exist hard to follow; and while a constant theme that could guide the narrative is the motif of characters being found in transit, whether on busses, trains or boats, they hardly seem to be going anywhere other than their eventual demise. Death and aging are certainly some of the core themes of the film, with characters agonizing in pain over a loved one at hospitals, being cut up like fish or fading in and out of youth at a moment’s notice. These musings on mortality are perhaps the movie’s strongest thematic threads and what ought to appeal to anyone who would find the film compelling. 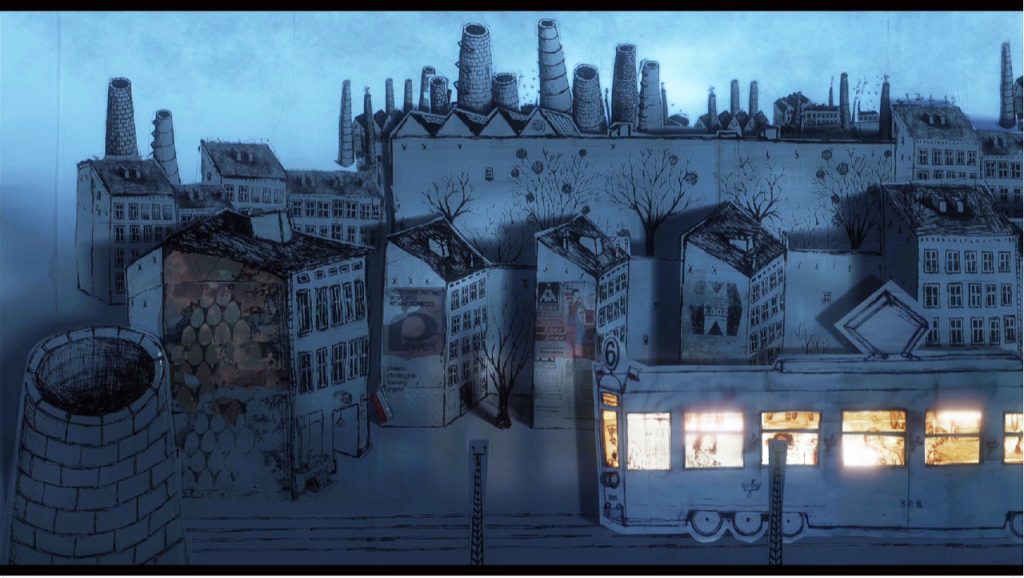 A train passes through the twisted, lonely world of “Kill It and Leave This Town.” (Outsider Pictures)

The surrealist style isn’t what makes me dislike the film — the surrealist works of David Lynch, Alejandro Jodorowsky, Federico Fellini and others rank among some of my favorite films. However, Director Mariusz Wilczynski’s particular approach to surrealism vexes me. The film indulges in a grotesque depiction of the human form, with a visual aesthetic like a twisted Shel Silverstein book made into a rough animatic that serves no purpose other than to be senselessly provocative. There’s a restrained approach to color, with most of the film looking like black-and-white doodles in a notebook. The way the film does make use of color is mostly as meaningless tints or just to emphasize the presence of on-screen blood and gore. Plenty of films — from Yasujirō Ozu’s “Tokyo Story” to Pixar’s “Up” — have lamented the hardship of aging in a variety of styles but “Kill It and Leave This Town” has an undue obsession with it. Horrifically wrinkled faces, elderly female genitalia (few males in the film are portrayed the same way, which seems wrong) and needlessly provocative imagery add up to a film that has little substance and few new ideas to add.

Even the soundtrack, a soft rock collection, feels completely out of place and clashes with the monotonous vocal performances from the actors. Despite this strong imagery, there are often moments when the animation is minimal and the imagery is pointless and bland, such as a character merely musing over the answers to a crossword puzzle. From scenes of characters rambling on trains to a giant swimming in the ocean while his parents have sex on a boat, much of the film seemed like attention-grabbing imagery with no nuance whatsoever.

The film seems more concerned with being provocative than with whether people will like it, and those who appreciate “Kill It and Leave This Town” will enjoy it in that capacity. This film left me with nothing to think about other than how I wished I hadn’t watched it. If that reaction fulfills the film’s purpose, then it did its job well. What is probably most distressing about this film is that there is clearly some talent at play here: The capability of the animation and the camerawork to creatively flow from one scene to the next is astounding, and some of the surrealist visuals feel like they contribute unique ideas rather than surface-level surrealism. Unfortunately, this minute potential is trapped within a drab hour and 20 minutes of relentless grotesqueness that feels like a waste of time.

While “Kill It and Leave This Town” is technically watchable, it is fundamentally uninteresting. If what I have described appeals to your specific surrealist sensibilities, then I hope you enjoy the film, but I cannot bring myself to recommend this to anyone.