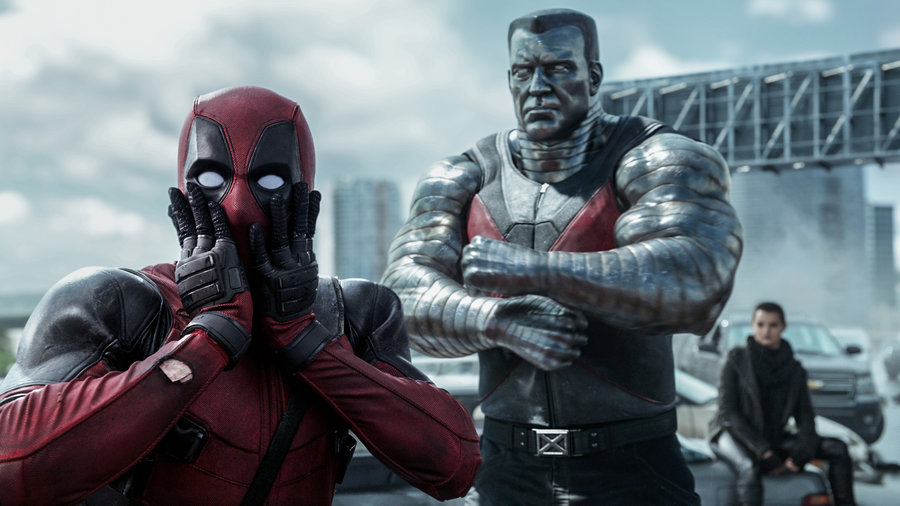 No matter what, a success of that scale is going to be a paradigm shift in Hollywood. An R-rated franchise film is largely considered a risk because of how much it limits the all-important under-17 audience. You can’t sell action figures, lunch boxes, t-shirts and comforter sets to kids for a film that uses the word “fuck” 86 times.  But, promotional merchandising and advertising campaigns are at the forefront of how these films have worth and generate profit.

Yet, thanks to Deadpool, the notion — up until now — that R-rated superhero films can’t be successful enough to justify their budgets may have just gained a counterexample that signals a change.

R-rated superhero films had this reputation for a reason. While R-rated films based on comic books have done well in the past, audiences often fail to connect them with their original comic books. How many people were aware that 300 was a Frank Miller graphic novel? Or that Wanted and Kingsman: The Secret Service were originally Mark Millar stories?

The Blade trilogy, based on the Marvel Comics character of the same name, each made around $150 million. Considering each film’s $50 million budget, this is a success by any measure. But here’s a little perspective for you — X-Men 1 and X2 were released around the same time as Blade 1 and Blade 2 and made $296 million and $407 million, respectively, on budgets of $75 million and $110 million.

The assault of numbers shows that while it may seem as though R-rated superhero properties like Constantine and Blade are capable of making money, they pale in comparison to Batman, X-Men and their other PG-13 counterparts.

But as we grow to accept the fact that superhero films are here to stay, studios are looking for a way to keep the genre fresh. And the success of Deadpool is a good starting point.

We’re seeing a change already. Leaked out of this year’s New York Toy Fair was the speculation that the upcoming Wolverine 3 has an R-rating, which is particularly interesting given that Wolverine is the biggest cash-cow of Fox’s Marvel franchise. Given the failure of Fantastic Four and the relatively low gross of the Wolverine-less X-Men: First Class, the fact that Fox would seemingly risk limiting Wolverine to an adult audience would have been a gamble.

Until Fox started getting projections for Deadpool.

The first aspect is perhaps the simplest point, but it’s one that I fear will be lost in the scramble to reach the second strike of this lightning. Deadpool is a popular enough character to sustain the losses from a possible limitation of audience.

Let’s look back at Zack Snyder’s Watchmen. Watchmen is a seminal graphic novel text, yes. For comic book fans, characters like Rorschach or Dr. Manhattan are iconic and representative of the power of that work. But Watchmen had little crossover or non-fandom appeal —  its bewildering ideas and graphic content were always going to make mainstream connection difficult. An R-rating may have been essential to convey the story, but it also meant that Watchmen was inherently held back from reaching a wider audience.

But Deadpool, oddly enough, has mainstream appeal. Whether it was the overtly zany humor that differentiated it from the often self-serious looks that many comic characters have in mainstream depictions or a concerted effort by Marvel to give him the spotlight in video games (Marvel: Ultimate Alliance) or cartoons (Spectacular Spider-Man), Deadpool managed to strike a chord with mainstream audiences — which means that his appeal has become broad enough to overcome the limitations that an R-rating imposes.

What studios should take away from this is that the superhero genre is not invulnerable. It can take a bullet, and, primarily, an R-rated film is a risk that needs to be properly assessed. If the character is so popular that it can overcome the audience restrictions, then the R-rating may be the best approach in these early waters.

The other key lesson is an R-rating should not be a pre-determined end, but rather a potential means. If that rating is appropriate and a natural outgrowth of the character, then by all means, go for it.

But let’s return to the character of Wolverine, who may potentially be receiving an R-rated third film. Wolverine is a violent character — this is not in doubt. But is an R-rated depiction of violence necessary to his character?

After all, Wolverine has spent years in a more broadly appealing place. He’s been the star of multiple PG-13 films (too many for my taste), but they made no attempt to shy away from the damage that he can cause. Think of the battle at the funeral in The Wolverine or the mansion attack in X2. Each showed the intense warrior he can be, just without blood spatter everywhere.

In addition, Wolverine is the star of no small number of children’s books and comics, cartoons airing in children’s programming blocks and action figure lines. Wolverine’s “badass” aesthetic has an inherent appeal with young boys and would be limited by any attempt to restrict it to an adults-only audience, much less by extending it towards the superhero genre as a whole.

To quote critic Devin Faraci, “I tend to lean towards not making children’s characters for adults only, but I’m weird.”

And yes, these are certainly things that could be thrown towards Deadpool. But on the whole, Deadpool has always been conceived and written as a character for older audiences. The R-rating doesn’t feel limiting to Deadpool, it feels liberating. It feels as though it gets to the core of the character and adapts what made him popular.

After all, that’s ultimately what this comes down to. As we begin to see more and more studios consider an attempt to replicate the adaptation success of Deadpool, they will have to consider the ultimate lesson of that film.