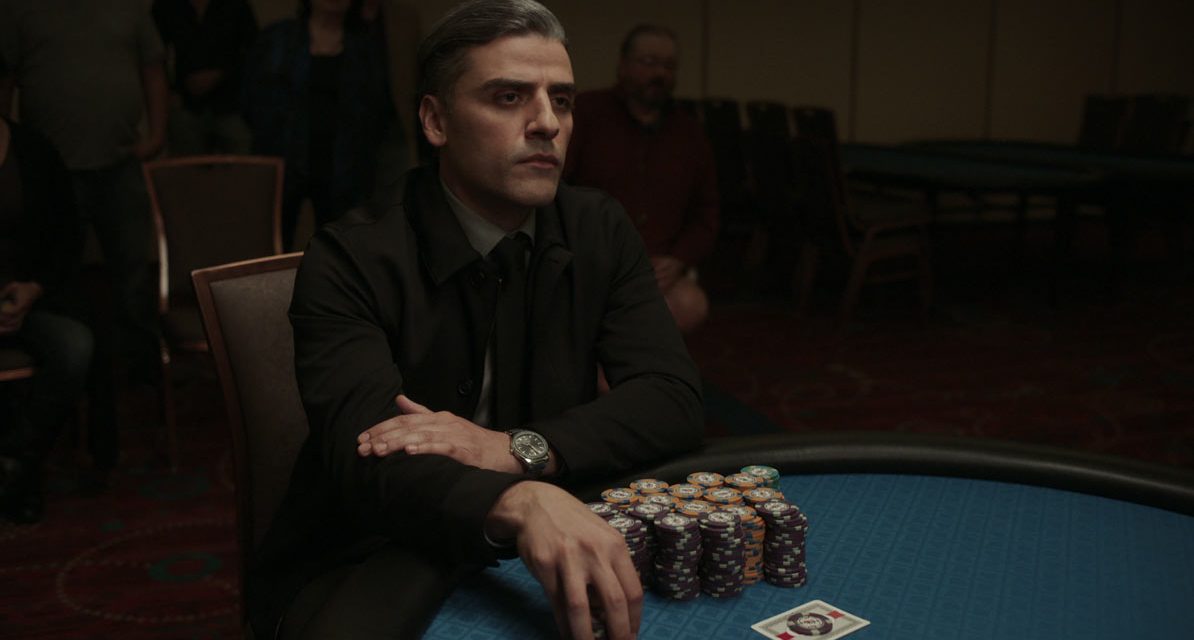 An intense logic underpins the tone of writer/director Paul Schrader’s latest feature, “The Card Counter.” While the film has its eccentricities, occasionally indulging in tangents or dangling threads, it never shows its whole hand and keeps an unreadable poker-face the whole time. At first the film may seem random, but beneath the surface lies an utterly methodical construction that brilliantly dissects some key issues of present American society.

“The Card Counter” opens on plain credits which play over an extreme close-up of a felt blackjack table, each thread neatly packed into place. As the cards begin to fall into place and the numbers and faces move around the table, the film’s lead, William Tell (Oscar Isaac), laments about how he never thought he would become used to confinement. During a stint in prison, he found he liked its sense of repetition or staleness and in his free time he learned to count cards. He now drifts from casino to casino earning just enough to keep himself out of trouble with management. Much of the film unfolds through William’s narration as he writes in his journal, explains card games and relates odds and algorithms to the audience. As he travels, he meets people who bring to light the truth of his past but simultaneously inspire him to move toward a brighter future.

Compared to the high-stakes bets and the edge of your seat tension of other gambling movies,”The Card Counter” embraces the mundanity of gambling, the mathematics that underpin the scheme of it all and the repetitious and contrived nature of the gambling life. Tournament halls are packed full of tables, each neatly in its place, crowded with ordinary people hoping for their chance to win big, each face as joyless as the last. Most miserable of all is William. With hardly a smile, he goes from city to city, traffic lights blurring with casino lights. He may end up in different, dark motel rooms, but each one he meticulously fashions into the same drab grey as his clothes and his former prison cell. This sense of monotony would nearly bely Isaac’s talent as an actor were it not for a few key scenes that show he and Schrader have some tricks up their sleeves. 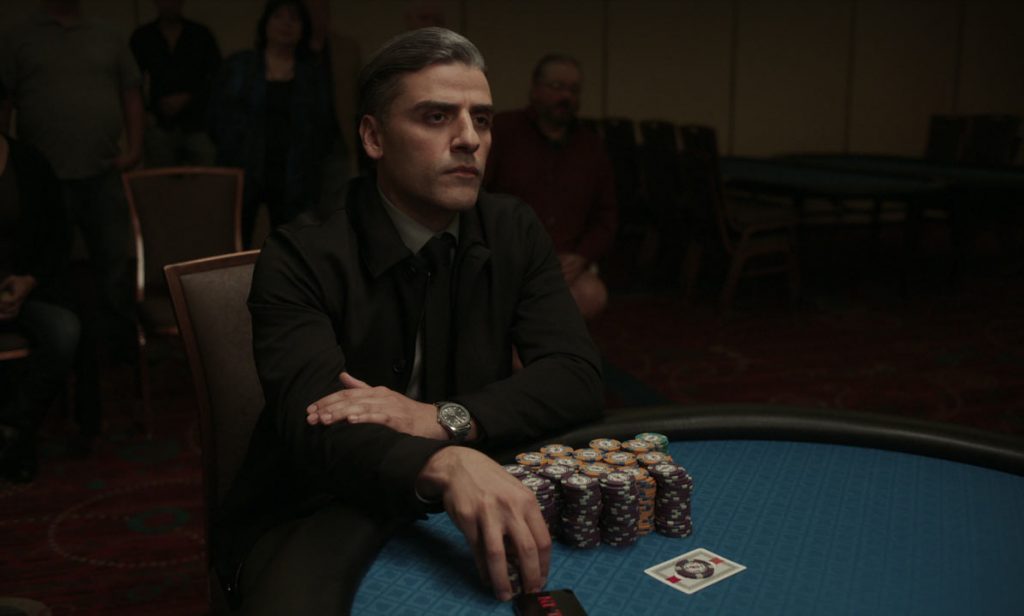 Many of these scenes are catalyzed by his co-stars: Tye Sheridan as Cirk, the runaway looking for revenge, who acts as the impetus for William’s development, and a welcome performance from Tiffany Haddish as La Linda, the financial backer for pro gamblers like William. In contrast to William, who always appears in barely distinguishable variants on the same grey outfit, La Linda encompasses a myriad of fashions, effortlessly bringing out the humanity that was so desperately missing from William’s life. And while it could be argued that actors like Haddish and Willem Dafoe, who plays Major Gordo, a military contractor from William’s past, should have received roles with more depth or complexity, every character feels as though they are used just as much or as little as the film needs.

More than anything, this is truly Schrader’s film. His sense of pacing and direction are the driving force behind what makes this film so compelling. While I hesitate to use a term like “21st century ‘Taxi Driver'” when describing this film, the two are certainly great companions, as “The Card Counter” certainly feels like a film made by an artist who has had 45 years to grow and develop his skills from “Taxi Driver.” Schrader and Director of Photography Alexander Dynan eschew the grungy aspects of “Taxi Driver’s” cinematography and strike an excellent balance of minimalism in their camerawork so that small movements like a simple pan across a motel room or a push on Isaac’s face (along with more dramatic flourishes which I will refrain from spoiling) feel all the more gripping. Schrader’s unique blend of character study and social commentary through William’s identity as an American, a former convict and a gambler makes the film immensely relevant, which is only deepened through its similarities to its cinematic predecessor.

The film’s meticulousness, sense of logic, as well as the impact on our identities, succeeds in capturing the complexity of its societal criticisms. “The Card Counter” is bookended with Isaac’s narration about confinement and how he’s used to it. For William, and thus the film, the world is that felt poker table, its very being and everything that happens atop it defined by these strict rules, algorithms and patterns. The film does not ever seem to suggest that these confinements are escapable, but it does beg the questions of how we’re confined, who is responsible for those confinements and how we can live our lives with the awareness of these confines.