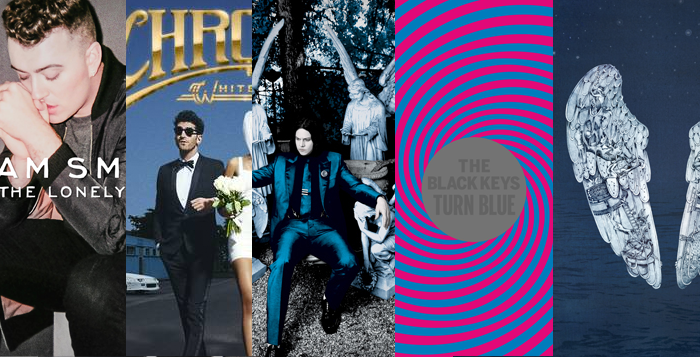 Back in February, during a performance at New Orleans’ House of Blues, Drake brought Lil Wayne on stage for a special announcement: the release date (May 5) of Tha Carter V. Soon every music blog, gossip magazine and radio station was talking about the highly anticipated album and making predictions about its style, guest rappers and even the track list.

In 2005, Lil Wayne crowned himself the best rapper alive on his own album, Tha Carter II. Attempting to live up to that title, Wayne embraced his own rap prowess on experimental mix tapes, notable guest spots and critically acclaimed studio albums in the following years.

However, Wayne did have a few missteps in recent years, namely attempting (and failing) to explore a rock sound on Rebirth and experiencing a mostly negative fan and critic response to Tha Carter IV. So,

despite the brilliance of the Tha Carter series concept and the success of the first three installments, there is a lot riding on this “final” release. In fact, in a recent interview with MTV, Wayne said that talks of retirement are no joke, even claiming that this would be his last solo studio album. Having said that, in the past, musicians have had a pretty hard time sticking to their word when it comes to retirement (Justin Bieber, Chris Brown, Jay-Z and the Beatles, to name a few.)

Either way, with stiff competition from fellow rap artists such as Kanye and newcomer Kendrick Lamar over the last year, Wayne is in need of a solid album to keep fans appeased and win over the haters. One half of the duo, Dave Macklovitch, explains that their sound fits somewhere “between a Toro y Moi remix and a Vampire Weekend record, or a Disclosure song.”

has already curated on past albums, but it also promises to reach new heights.

With their diverse backgrounds (Arab and Jewish), their lighthearted approach to music and a slew of talented guests slated to appear on the album, White Women promises to challenge existing norms, both musically and culturally, and to defy the “super conservative climate we’re feeling in America these days,” as Macklovitch puts it.

With their single “Over Your Shoulder” already poised as an indie summer jam and the flawless track record of this distinctive duo, there is no reason not to give White Women a try. In 2001, Dan Auerbach (guitar, vocals) and Patrick Carney (drums) could be found in their basement recording and self-producing their own records.

Now, the garage rock duo known as The Black Keys is set to release their eighth studio album.

Over the years, the band’s raw blues-rock sound has developed into a more accessible, more heavily-produced pop-rock feel.

From the beginning, the Keys built a large underground fan base from extensive touring, critical accl

aim and substantial licensing deals. However, it wasn’t until 2011’s El Camino that The Black Keys emerged as a formidable force in the commercial market.

Now, having garnered airplay and praise for their first single “Fever,” fans are eager for May 13 to come around.

Expect a more psychedelic feel on this LP, with dreamy guitar riffs and catchy power choruses seemingly designed for the summer. Everyone and their mother has an opinion about Coldplay.

Some love them, some hate them and some love to hate them because they think they have to.

Regardless of where you stand, you have to give the band credit for staying relevant and continually growing as a band for well over a decade.

On May 19, Coldplay will release Ghost Stories, their sixth full-length studio album, following the (somewhat unintended) releases of the singles “Magic” and “Midnight.”

Both of the new tracks mark an obvious departure for the band from the rave-tinged synth-pop sounds of Mylo Xyloto to a more ambient, acoustic sound. “Magic” has

simple lyrics and rich vocals that lie over a steady electronic bass, reminiscent of Radiohead or The XX. On their last few releases, Coldplay has attempted to reinvent themselves, bringing something new to the table each time. They experiment with instrumentation, defy genres and blur the lines between commercial and artistic. Sure, Coldplay could have mastered the safe, pleasant sounds of their first album Parachutes and reproduced that over and over again.

However, lead singer Chris Martin believes in growth, change and exploration and has ensured that the band produces music that challenges the norms that they themselves once created. UK crooner Sam Smith rose to fame in October 2012 when he appeared on electronic music duo Disclosure’s breakthrough single “Latch.” After a couple of other guest spots, nominations at several British music awards and appearances on “SNL” and other late night shows, Smith is finally ready to release his debut LP, In The Lonely Hour.

Fans of Disclosure shouldn’t expect the songs on Smith’s solo debut to be anything like the booming, synth-heavy “Latch.” Instead, anticipate smooth, sultry vocals and a soul-infused R&B sound. The British singer/songwriter has immense potential, and this summer, we will see if he can develop that into something sustainable on his own, without the support of an established act and without the distraction of a booming techno backdrop. John Anthony Gillis, better known as Jack White, is quickly becoming one of the most celebrated rockers of our time.

With a mysterious gaze, some incredibly weird antics and undeniable talent, White has developed into an international rock star.

He brought raw, punk rock angst to the forefront as frontman of The White Stripes for years.

But now, White is ready to release his sophomore solo studio album Lazeretto, following the gold-certified, international No. 1 hit Blunderbuss (2012).

White has nothing to prove at this point. He was named one of the best guitarists of all time by Rolling Stone and has become an icon in the industry, allowing him to push experimental boundaries and stay true to his own artistic vision.

Perhaps that’s why White decided to record, press and release Lazeretto all within four hours.

White said about a month ago that he set out to create “the world’s fastest released record … in the history of mankind.” Mission accomplished.

But will the result live up to the hype?

Find out for yourself on June 10. Also, check out the title track and first single, available now, and look out for White on tour this summer.

TV On The Radio, TBA