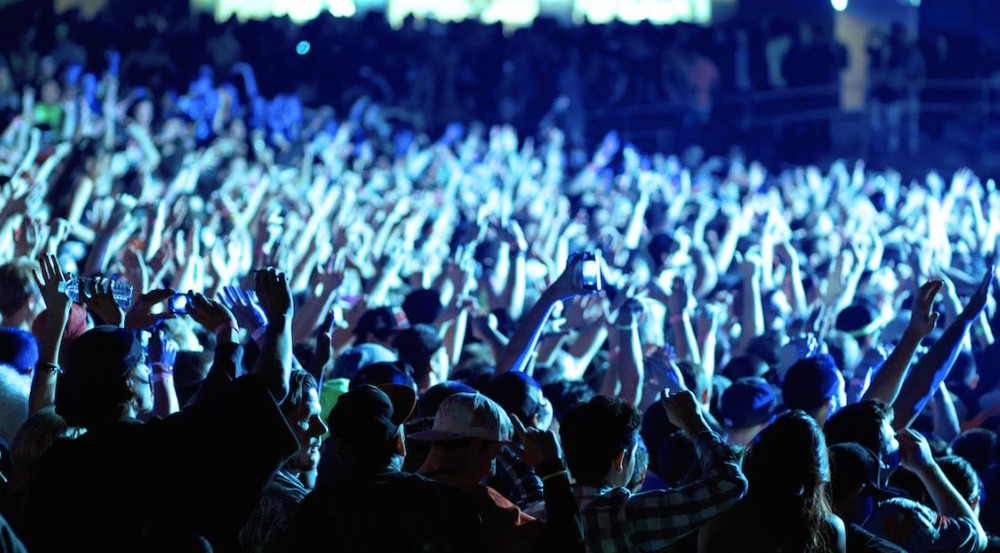 This is the motto of so many who can’t get enough of Electronic Dance Music, or EDM, as it is commonly known. I don’t have to tell you that EDM is on the rise; check YouTube views, look at the number of people attending EDM festivals, pull up iTunes and look at the top songs — the evidence of the genre’s popularity is everywhere. As DJ Shadow, a highly respected American music producer and DJ, mentioned in late 2012, “we are living in a musical renaissance.”

The EDM genre is expansive and growing at a rapid rate. Why? “You have a new generation every eight to ten years that finds its own music, and its own sound, and for this generation, dance music is the biggest new thing,” says Dutch DJ Afrojack. EDM record sales aren’t exactly comparable to Katy Perry’s or Beyonce’s numbers, but hip-hop and pop artists, including Nicki Minaj (“Bitch I’m Madonna” with Madonna and Diplo) and Lady Gaga (“Aura” with Zedd), have been collaborating with EDM DJs for popular hits.

Nationwide, EDM festivals are becoming increasingly popular. They’re the talk of this generation; if you haven’t been to one, you probably know someone who has. Festivals include The Electric Daisy Carnival, which had more than 200,000 people in attendance in Las Vegas last year, and Ultra Music Festival, which had 165,000 in Miami — not to mention the huge crowds that flock to Tomorrowland, in Europe. In addition, dance music has been integrated in rock music festivals such as Coachella that is held in April, in California and Lollapalooza in Grant Park, which sold out 270,000 tickets in advance with EDM headliners including Avicii and Justice.

Everyone has heard Tiesto’s “Red Lights,” Avicii’s “Levels” and Swedish House Mafia’s “Don’t You Worry Child,” but many people don’t bother searching for other talented EDM artists that are more under the radar. If you’re looking for songs that are similar to the songs listed above, Ehrencrona’s “This is so Good” or Hardwell’s “Never Say Goodbye” (ft. Bright Lights) and “Young Again” (ft. Chris Jones) would ease you into EDM. Bebe Rexha’s “I Can’t Stop Drinking About You” (Chainsmokers Remix) and Virtual Riot’s “Idols” (a combination of many popular EDM songs) are solid options similar to EDM radio edits because of their beats and pacing.

Once you blow through the common EDM songs played on the radio, you’ll figure out that there are songs more relaxed or more upbeat than most of what you hear. College freshman Brian Savino said, “I like EDM when I’m in the right setting. It’s perfect for when you want to have a fun time with people … it gives off a vibe that’s impossible not to have fun with.” Slower songs like Mako’s including “Smoke Filled Room,” “Ghosts” and “Our Story.” There’s also Hayden James’ “Something About You” (ft. ODESZA), Dropout’s “So Long” (ft. ZADA), ZHU’s “Faded” and Galantis’ “Gold Dust” (Illenium Remix). If you’re in the mood for pump-up music, Carousel’s “Let’s Go Home,” Matthew Koma’s “One Night” (Vicetone Remix), Tom Swoon’s “Who We Are” (ft. Miss Palmer), Peter Tomas’ “All of You” (ft. Betty Who), The Griswolds’ “Live This Nightmare” (NGHTMRE Remix) and 3LAU’s “How You Love Me” are amazing.

Where do I find songs? It’s not as hard as one might think. The Proximity playlist on YouTube uploads remixes almost every other day, and I love almost all of the songs they put up. You can also have easy access to countless songs through Pandora, Spotify, SoundCloud, Twitter and Facebook. Word of mouth can also sometimes help kick start a really awesome playlist.

Whether it’s running, socializing with friends, driving with all the windows down or studying for a test, this music fits any activity. It always manages to improve my mood — and it’s not just me; our bodies respond to this type of music by releasing neurotransmitters (i.e serotonin, norepinephrine and dopamine) to keep us feeling happy, focused and motivated. These particular songs also have melodies that build on each other in repeating tones, which can help you concentrate and won’t be disruptive to studying, for example. You can’t go wrong with listening to EDM; as Perry Farrell (an iconic American rock ‘n’ roll singer) said, “The energy being created from dance and electronic music is as powerful as rock ‘n’ roll…want to see people flip out like they did in the mosh pit at a rock show? They’re doing it in dance music. It’s scary, dangerous, exciting, like rock ‘n’ roll used to be.”