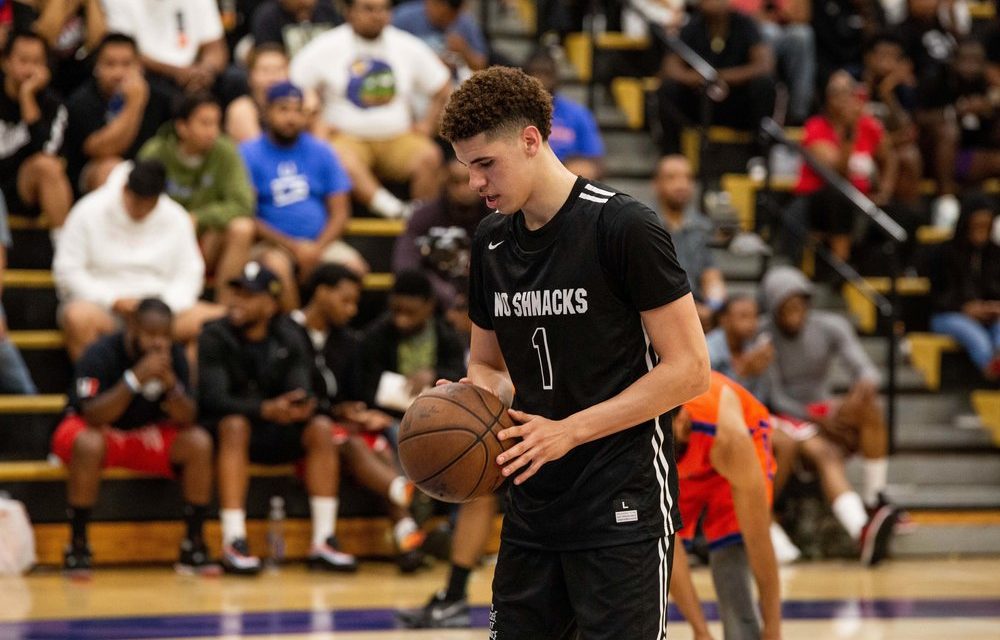 After much anticipation, a plethora of trade rumors and extreme uncertainty, the 2020 NBA Draft is finally in the books. The draft, which typically occurs in an NBA stadium in mid-June, took place on Nov. 18 at ESPN’s facilities in Bristol, Connecticut, via videoconferencing. This draft comes on the heels of an exciting end to the 2019-20 season in which the Los Angeles Lakers superstar LeBron James won his fourth NBA championship in the Orlando bubble.

Over the course of the evening, the dreams of 60 NBA prospects came true as they heard their names called by NBA commissioner Adam Silver. Unfortunately, these rookies did not walk across the draft stage — instead they watched from the comfort of their homes. Prospects and NBA coaching staffs had live cameras set up to give fans a glimpse of the intense emotions and difficult decision-making processes involved in the draft.

Coming into the draft, there wasn’t much consensus among scouts and sports reporters as to who would go in the top 15 picks. In fact, the only consensus that did exist among NBA analysts was that this draft would be extremely unpredictable. There were three players in this draft who consistently ranked atop draft boards: point guard LaMelo Ball, center James Wiseman and shooting guard Anthony Edwards. These were the top three picks in the draft, with Edwards going first to the Minnesota Timberwolves, Wiseman second to the Golden State Warriors and Ball third to the Charlotte Hornets. Below is a breakdown of what these three picks add to their respective teams along with a few other takeaways from this year’s draft.

Last year, you didn’t even have to be a basketball fan to know that power forward Zion Williamson would be the first pick in the NBA draft. His outstanding freshman season at Duke University (N.C.) had NBA analysts anointing him the best prospect since James. This year, however, there was no clear front runner. In fact, there was a lot of speculation that the Timberwolves might trade their No. 1 pick for established talent.

The Wolves ultimately held onto their pick, selecting Edwards from the University of Georgia. Edwards, who stands at 6-foot-5 and weighs 225 pounds, is one of the most athletic players in this year’s class. He has great length, explosiveness and is dangerous in transition. He is also a dynamic scorer and can play on or off the ball. His athleticism suggests that he could be a solid defender in the NBA, though his defensive play was relatively inconsistent in college.

This pick fits right in with the Timberwolves’ current roster, as the team already has a ball-dominant guard in D’Angelo Russell and All-Star center Karl-Anthony Towns. Edwards will help to round out Minnesota’s backcourt along with Spanish point guard Ricky Rubio, who was acquired for the 17th overall pick in a trade with the Oklahoma City Thunder.

Before analyzing this pick, it’s important to acknowledge the sad reality that shooting guard Klay Thompson will miss the 2020-21 season with a torn Achilles tendon. News about Thompson’s injury came just hours before the draft, leaving the Warriors with a tough decision to make on draft night: pick the best big man available or draft a wing player to replace Thompson. They went with the former and selected an extremely talented center with Wiseman.

The 7-foot-1 Wiseman fills a void in a Warriors lineup that lacks depth at the center position. The Warriors are no stranger to small-ball play, and the last few seasons have been propelled by the quickness and shooting abilities of MVP guard Stephen Curry and Thompson. But with the addition of Wiseman, the Warriors will have clearer access to the rim, given Wiseman’s long wingspan, agile post play and crafty finishing ability off the pick-and-roll.

Yet Wiseman has a ways to go. The young center still needs to develop his basketball instincts, passing from the post and defensive awareness. If he continues to develop at his current pace, though, he’ill make a lasting impact on the Warriors’ roster.

Ball is arguably the most talented player in this year’s class, and the Hornets are lucky to have drafted him with just the third pick, as some analysts predicted the young prodigy would go first. Ball also isn’t the first member of his family to be drafted. In 2017, his brother, point guard Lonzo Ball, was the second overall pick and now plays for the New Orleans Pelicans. Their rambunctious father, Lavar Ball, is incredibly vocal about his sons’ careers, always drawing headlines.

Aside from his family drama, at 6-foot-7 and 190 pounds, LaMelo Ball has great size for a point guard. This size comes with elite skill: Ball is an outstanding ball handler and a dazzling passer. At 19 years old, Ball demonstrates unlimited potential. He’s had a unique path to the NBA, opting to play overseas in Australia for the Illawarra Hawks of the NBL instead of going to college. He won the NBL rookie of the year award for his play in the 2019-20 season.

If Ball can improve his 3-point shooting, then the Hornets may have a very special player for years to come.

This draft certainly didn’t disappoint, and with free agency on the horizon, NBA madness is set to continue. For the first virtual draft in league history, events went rather smoothly. The question now remains how this will translate into the season itself. The NBA’s COVID-modified 72-game season is set to start on Dec. 22. Let the games begin. 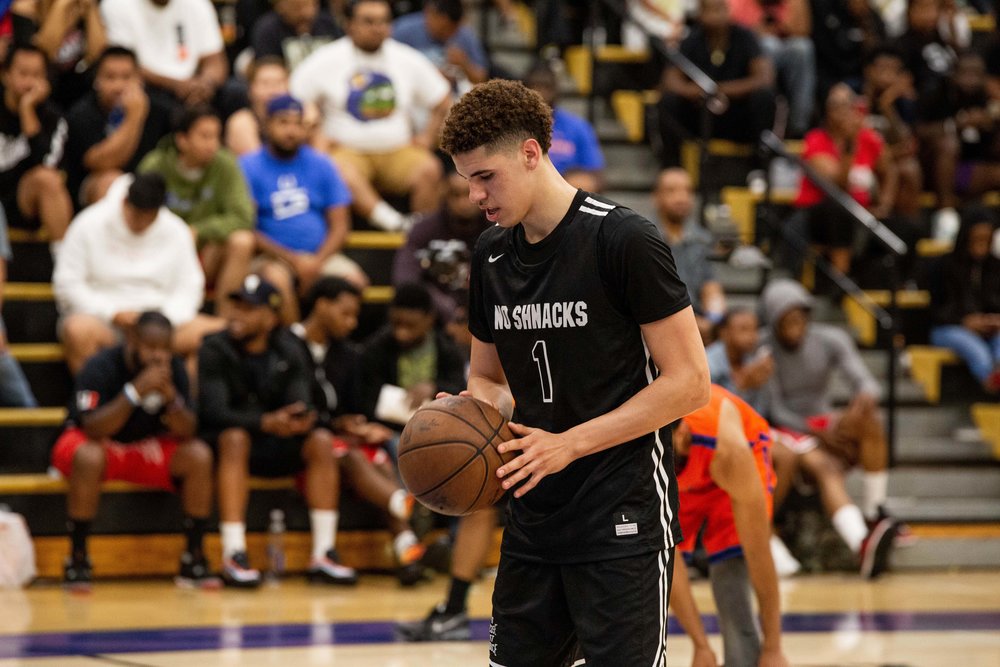 Recently acquired by the Charlotte Hornets, point guard LaMelo Ball lines up for a shot during the 2019 Drew League./Courtesy of Wikimedia Commons, Fox Life Visuals