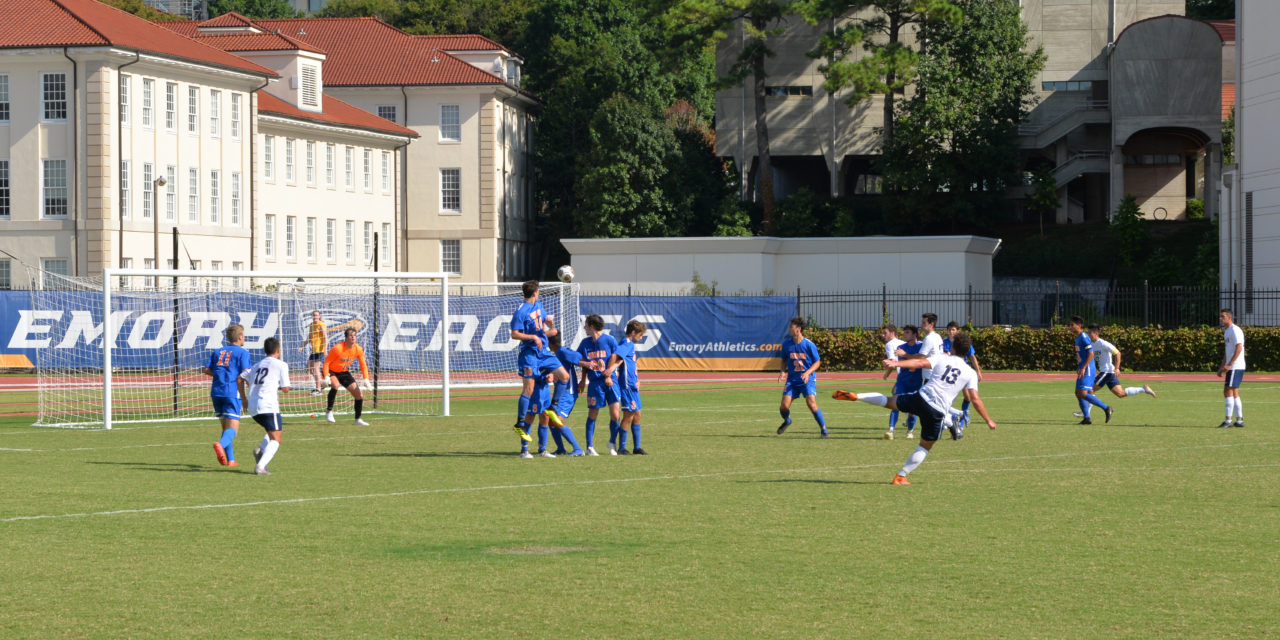 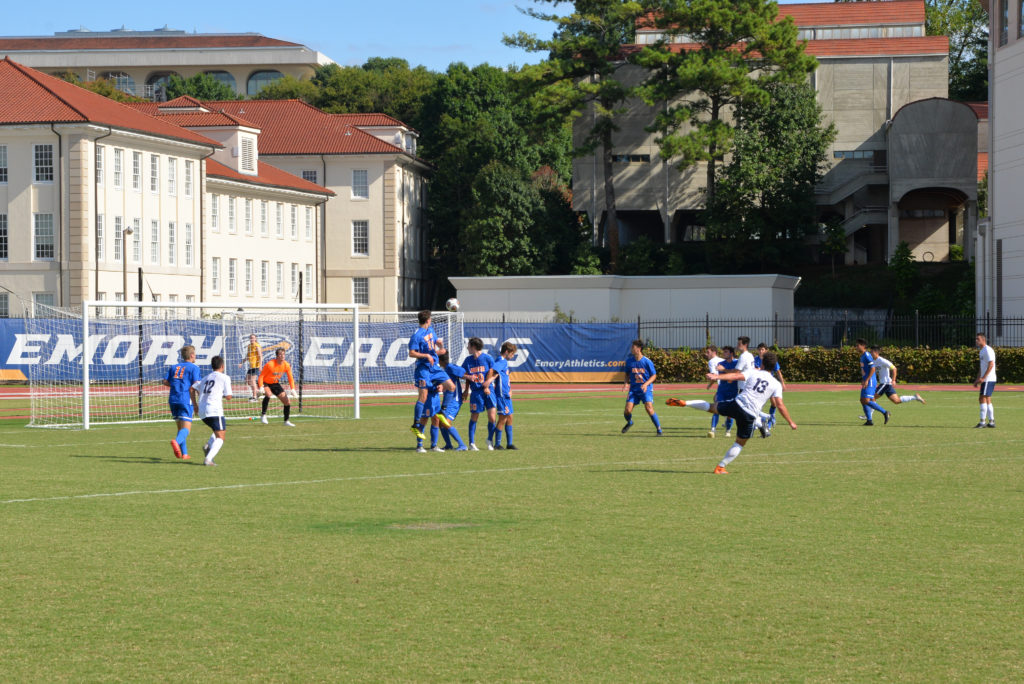 The Emory men’s soccer team broke even in the season-opening Sonny Carter Invitational at home, defeating Pomona-Pitzer Colleges (Calif.) 1-0 on Aug. 31 but coming up short against Claremont-Mudd-Scripps Colleges (CMS) (Calif.) 0-1 on Sept. 1.

Against the Pomona-Pitzer Sagehens, Emory sophomore midfielder Matt Engler lifted the team to victory with a go-ahead goal in the 75th minute. Freshman attacking midfielder Alejandro Gomez assisted with a great first touch to evade his defender before setting up Engler for a magnificent far-post finish. Gomez showed promise in his first collegiate match as he led the Eagles with four shots.

Emory dominated the match, outshooting the Sagehens 16-8 and holding possession for most of the game.

Junior goalkeeper Cole Gallagher helped preserve the Eagles’ clean sheet with three important saves. With this victory, Gallagher collected his eighth career shutout and was named to the all-tournament team along with Engler.

Unfortunately, the Eagles were unable to bring home the tournament title, losing 0-1 against the CMS Stags the next day.

A penalty kick decided the match in the 48th minute. With CMS on the attack, Emory defense failed to clear the ball and CMS sophomore forward William Barton recovered the ball in the box, providing a chance to put the Stags ahead. But an Emory defender slide-tackled Barton from behind, resulting in a penalty kick. Gallagher’s fingertips touched the penalty attempt, but the shot was too powerful and found the back of the net.

The Eagles’ best scoring opportunity came when junior defender Declan Cetta curled the ball into the 18-yard box and sophomore forward Ethan Cohen got off a shot that ricocheted off the crossbar. Junior forward Nate Sampson led the Eagles in shots and just missed a chance to tie the game on a set piece in the 70th minute.

Cetta was disappointed about the loss but remains very optimistic about the team’s prospects.

“I think the team played really well together given it was our first two games of the season, but we still have a lot to build on,” Cetta said. “We have the foundation in place, and if we execute on the details, I think the team can achieve great success.”

Head coach Cory Greiner felt that the Eagles played well defensively but have room for improvement on the offensive side. He said he ultimately hopes to put the team in a position to make a run in the NCAA tournament as they did in 2017.

Emory returns to the field on Sept. 6 to host Atlanta rival Oglethorpe University at the WoodPEC at 7 p.m. 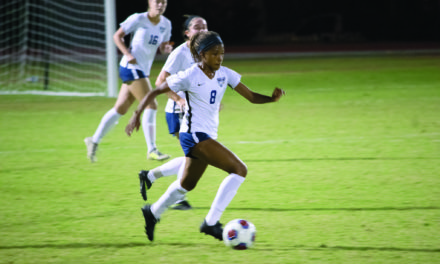 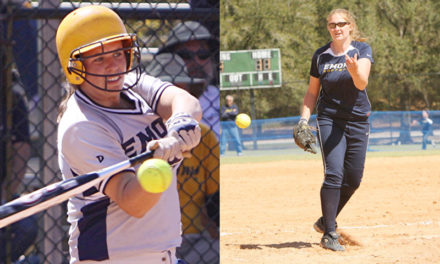 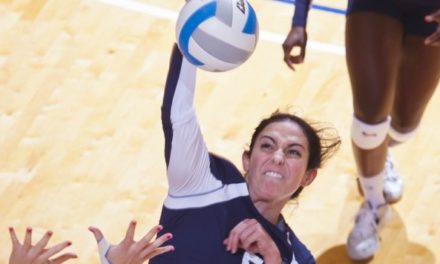 Volleyball Seniors Step Up For Eagles