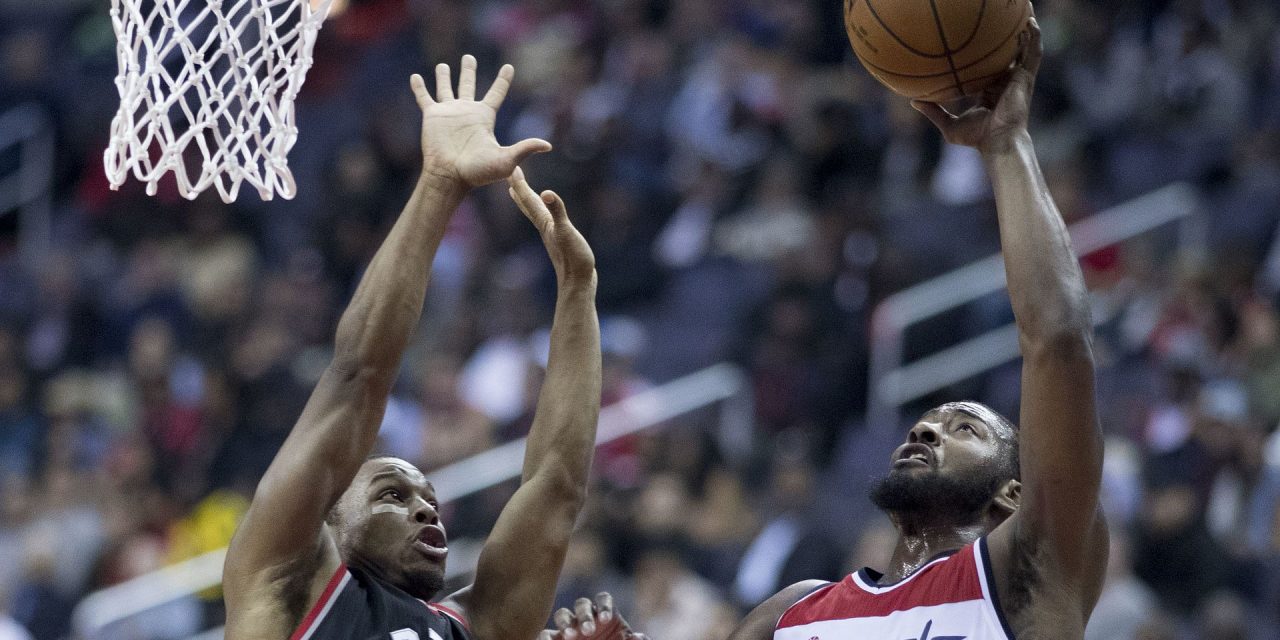 As the All-Star break wraps up, marking the halfway point in the NBA season, a number of teams have season-defining decisions to make. Many teams’ rotations, records and season plans have been drastically altered by COVID-19 as over 30 games have already been postponed. In this truncated 72-game season, the standings are extremely cramped as many teams remain within just a few games of a playoff berth.

The addition of the play-in tournament this year gives the ninth and 10th seeds a chance to make the postseason, meaning more teams than ever before are competing for playoff spots this year. As a result, there are a relatively low number of sellers in the NBA trade market. Most front offices are likely looking to bolster their rosters to move into the contender conversation or secure a spot in the postseason.

So far, only three trades have been executed this season: the blockbuster that sent combo guard James Harden to the Brooklyn Nets, a lower-level deal that sent shooting guard Kevin Porter Jr. to the Houston Rockets and a trade that had the New York Knicks deal point guard Dennis Smith Jr. and a 2021 second-round draft pick to the Detroit Pistons for former league MVP guard Derrick Rose.

With the March 25 trade deadline on the horizon, rumors are heating up. Center Andre Drummond has already been pulled from the Cleveland Cavaliers lineup and is being openly shopped around. This trend will only continue, so it’s time to take a look at some potential moves some teams could make in the coming weeks to bolster their playoff chances.

The Nets have been playing outstanding basketball as of late, winning 10 of their last 11 games without forward Kevin Durant, the four-time scoring champion and former MVP. The team is starting to gel post-Harden trade as players are buying into their roles and the superstar trio is getting comfortable playing together.

More importantly, their defense has improved drastically in their last nine games and will surely factor into the success of their playoff run at the end of the season. However, Brooklyn still ranks 26th in defensive efficiency this season, and only three teams in NBA history have won a championship with a defense outside of the top 10.

With point guard Kyrie Irving, Harden, Durant and wingman Joe Harris guaranteed to play big minutes, the Nets are in search of a big man who can rebound, block shots and anchor their defense. Drummond is the ideal player to fill this void. After the blockbuster for Harden, the Nets are somewhat depleted of tradable assets and cap space, creating a difficult situation for the Nets to work Drummond’s $28 million salary onto the payroll.

If the Cleveland Cavaliers are unable to find a trade destination for Drummond, his contract could be bought out. This would provide the Nets an opportunity to sign him for substantially less money. However, point guard Spencer Dinwiddie is an interesting trade piece whom the Nets may want to shop around in an effort to strengthen their interior defense.

The Clippers are back on track this season after a complete collapse in the bubble. Forwards Paul George and Kawhi Leonard are each enjoying outstanding seasons, and the additions of power forward Serge Ibaka and small forward Nicolas Batum have more than made up for the loss of power forward Montrezl Harrell. Point guard Patrick Beverley has been off the charts defensively, although he doesn’t provide the playmaking ability that teams often need from their guards in the playoffs. A skilled, veteran point guard would be the perfect addition to the Clippers roster to help the team get over the hump.

As such, the Clippers should trade for point guard George Hill. He is a consistent, battle-tested veteran who has made deep playoff runs with numerous NBA teams. Hill may not be the flashiest player in the league, and his numbers aren’t eye-popping, but NBA teams are simply better with him on the court.

He is a floor general who controls the flow of the game, knocks down open shots and makes the right play at the right time. Aside from defense, Hill is better than Beverley at just about every aspect of the game and would provide the Clippers more playmaking and flexibility in their late-game lineups. Not to mention, Hill played with George for a number of years in Indiana when they went to back-to-back Eastern Conference finals.

The 76ers are sitting atop the Eastern Conference thanks in large part to the outstanding play of center Joel Embiid. Embiid is having an MVP-caliber year, averaging 30.2 points per game and 11.6 rebounds. He is arguably the most dominant center the NBA has seen since Shaquille O’Neal. Point guard Ben Simmons has also evolved into one of the best defenders in the league and has increased his scoring as the season progresses.

Sixers general manager Daryl Morey certainly isn’t shy when it comes to making moves. He reorganized the team’s roster this past offseason in an effort to surround Embiid and Simmons with shooters like guards Seth Curry and Danny Green. These moves have proven successful so far. With the superstar-heavy Nets creeping up on the Sixers in the standings, Philadelphia may need one more piece if they don’t want their season to end the same way it has the past few years.

One such target for the 76ers could be point guard Kyle Lowry. Lowry grew up in Philadelphia and played basketball at Villanova University (Pa.), and returning to his home state would be popular among Sixers fans. He is one of the Toronto Raptors’ all-time greats and played a massive role in their 2019 championship run. As a result, Lowry likely has some leverage in where he gets traded and may be interested in returning home.

The Raptors must rebuild around forward Pascal Siakam and guard Fred VanVleet, and trading Lowry would jump-start that process. The six-time All-Star is a gritty, all-around player who would bring championship pedigree to the Sixers’ roster. Lowry would also allow the Sixers to more often use Simmons as a cutting, post-up forward, a role he successfully executed during his lone collegiate season at Louisiana State University.

The defending champions made a number of moves in the offseason to push for another title run and take some of the load off of 36-year-old LeBron James. The Lakers were on a roll at the season’s start, coming first in the Western Conference standings.

Everything went as planned until All-NBA forward Anthony Davis injured his Achilles tendon and was subsequently ruled out for four weeks with a calf strain. Since then, the team has lost six of eight games with James playing heavy minutes. Carrying a team is nothing new for James, but time catches up to everyone and the Lakers want James to be fresh for the playoffs. There are a few players they might be interested in trading for or signing to stay afloat while Davis is sidelined.

Center DeMarcus Cousins is an attractive option for the Lakers after he recently parted ways with the Rockets. Cousins has struggled with injuries in recent years but could add depth to the Lakers frontcourt and has high upside as a backup big should he remain healthy. Cousins also played with Davis on the New Orleans Pelicans, so the two big men already have chemistry.

Cousins was also on the Lakers’ roster last season, and even though he didn’t play in any games due to a torn ACL, he is already familiar with head coach Frank Vogel and the Lakers’ system. Cousins seems like a perfect fit, but if the Lakers want to look elsewhere, centers Hassan Whiteside and Robin Lopez are two other players for whom they could make a move.

With teams looking to gain an edge and compete for a title, who will be the biggest buyers at the deadline, and which players will be sporting new uniforms? 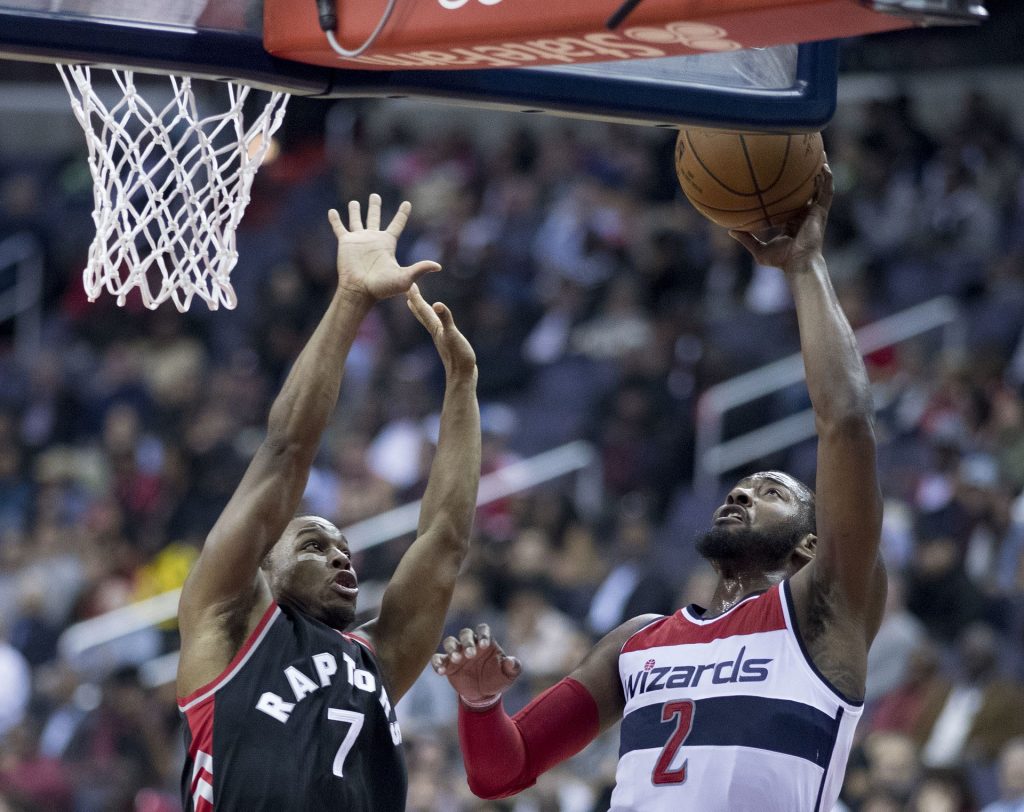