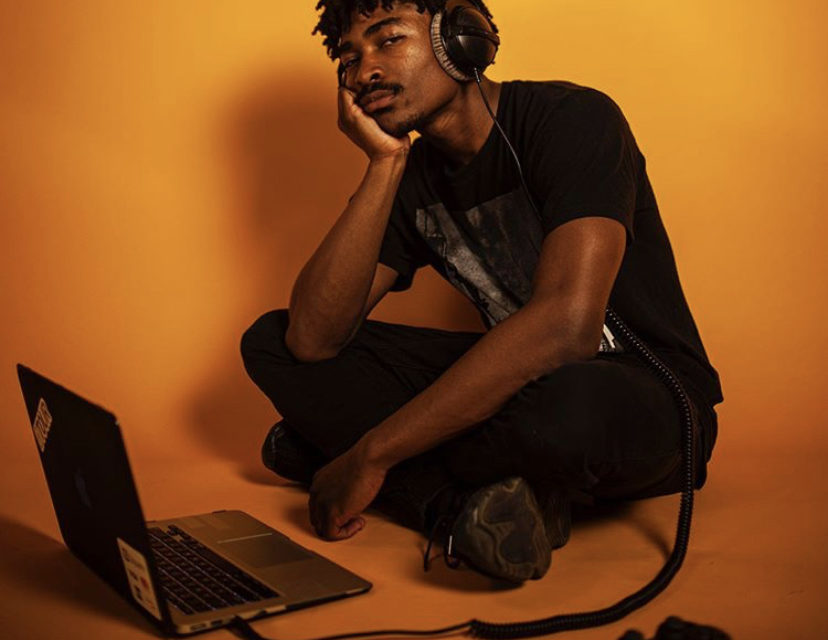 Although Chris “Hovers” Chandler (20C) has only been rapping and producing music since his first year at Emory, the self-made musician and producer will release his second EP on Feb. 14 and intends to create a name for himself in the music scene.

A film studies major from Washington D.C., Hovers has taken full advantage of Emory and Atlanta to launch his music career. A friend of Hovers, Nkosi Cave (20C), who also produces his own music, taught Hovers how to produce beats in his first year at Emory. Since then, Hovers has built an entire production studio in his apartment, decked out with a keyboard, audio interface, microphone, studio monitors and a laptop with the digital audio software Logic Pro X.

“For a while people did not like my beats ‘cause they were different and … I wasn’t good at all,” Hovers said. “That’s when I started rapping on my own beats.”

Hovers took Electronic Music and Composition with Instructor Dustin Cicero his sophomore year, which taught him how to mix and master his beats. The course also introduced him to various equipment used to make music. Additionally, he spent several hours each week in the Emory MediaLab using Logic Pro X and at a studio in the Burlington Road Building. With the several resources on campus, Hovers has managed to balance his passion for music and his responsibilities as a student. 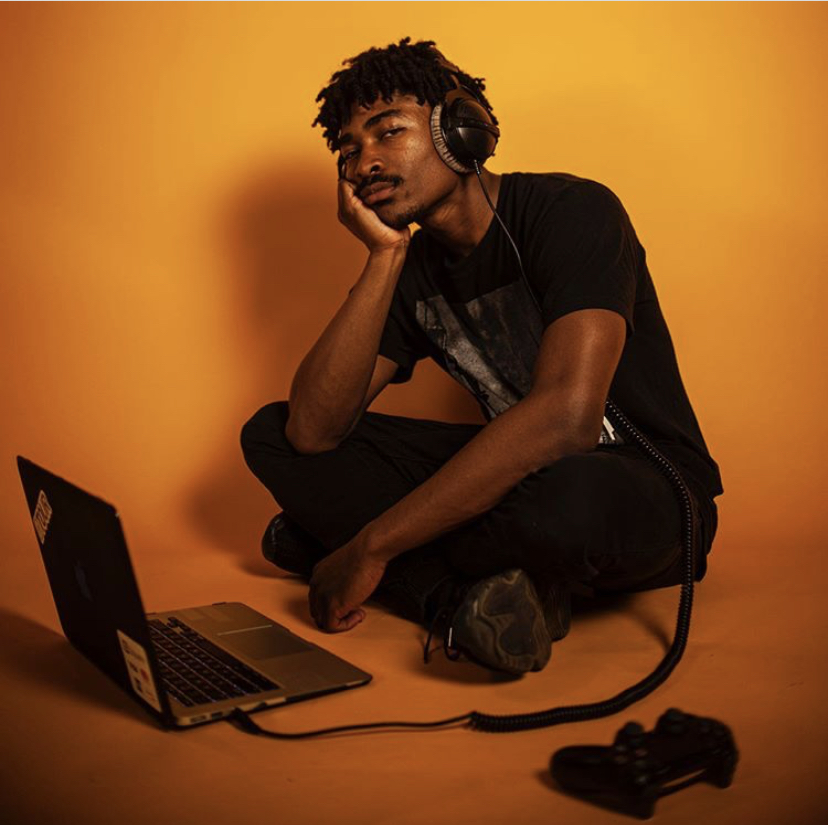 Chris Hovers (20C) has been rapping and producing music since his first year at Emory, the self-made musician and producer will release his second EP on Feb. 14./ Courtesy of Chris Hovers

“I can’t focus solely on school,” Hovers said. “That’s just not who I am. I’ve always been a creative type, so I do music as much as I can, which means I have to go harder in school to do that.”

With no formal music education other than a few courses at Emory, Hovers dropped his first EP “Boy Genius” in 2017. He said that the EP explored hip-hop and its various styles.

“[“Boy Genius”] was very early on, like me trying to make beats, and people didn’t like them,” Hovers said. “I couldn’t mimic the mainstream hip-hop sound that people listen to today, so … I kept trying to just accept that I had my own style.”

“In “Boy Genius,” [Hovers] showed several sides of his music … he was able to delve into different genres,” Bennett said. “[“Boy Genius”] is how he unraveled himself, as he began with an explorative [EP], and now he has shifted toward a more focused, more poetic way to his art.”

Hovers places his music under a genre he calls “human music,” which according to him, connects various people through various means. He recognizes that music serves different purposes for everyone. For him, music serves as a gateway.

“Music is really therapy for me,” Hovers said. “It’s a way to say things that I can’t say in normal conversations. I can be an introvert sometimes … but with music … it’s a gateway for me to just express myself.”

Hovers’ friend Garrett Rea (22C) noted that Hovers’ music differs from that of other rappers in its ability to balance beat and lyric.

“The word[s] are good, the lyrics roll,” Rea said. “[It’s] stuff you can actually kind of dance to. It isn’t too hard of rap that you only focus on the words, the beat behind it is nice as well.”

Although Hovers usually records all his songs in his personal studio, he recorded his track “In My Room” at Humane Studios. Hovers’ friend Victor Rashad created Humane Studios, a home-built studio, along with the record label “Late Nights Early Mornings.” Hovers continues to collaborate with Rashad on certain projects.

“In My Room”, which released on Jan. 3, was a collaboration with friend and artist A.E. Charles. As the duo went through old beats to select one for the song, Charles landed across and took a liking to one made in 2017. The beat ended up in the final production of the song.

Despite having only met Charles in the summer of 2019, the duo will release an EP on Feb. 14 called “Love These Days.” Hovers announced the drop of the EP’s single “You Got Me” on Jan. 27, and its release followed four days later.

Hovers explained how “Love These Days” encompasses all of his experiences, friendships and relationships thus far. He especially noted how the EP explored his love for the days that he and Charles spent making the songs for the EP and the importance of cherishing the time one spends with a significant other.

Hovers releases all his music on Apple Music, Google Play and Spotify, as well as several other platforms. He recently broke 10,000 monthly listeners on Spotify across his “Boy Genius” EP and 10 singles.

Although Hovers has produced and released several songs, he has primarily only performed on Emory’s campus. His past appearances include CultureShock events and the 2019 Monster Mash at the Media, Literature, and Arts Outreach House. 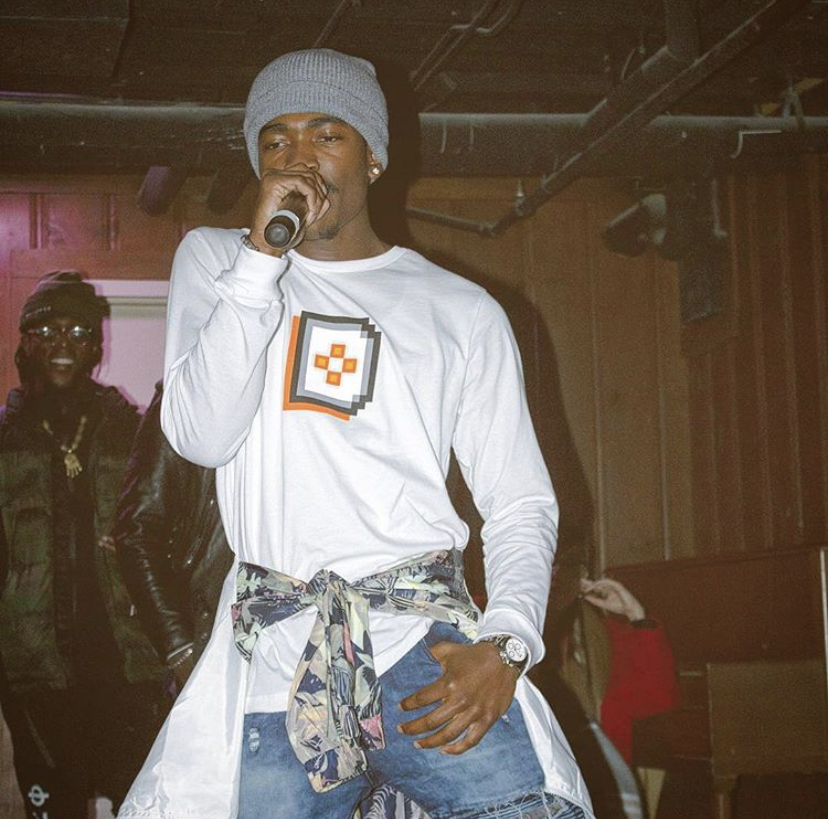 The Media, Literature, and Arts Outreach House hosted Rock the Row on Nov. 10, 2018, where Chris Hovers (20C) and other student artists performed./Courtesy of Chris Hovers

Bennett, who attended two of Hovers’ shows at Emory, noted how Hovers’ lyricism and beats enthrall the crowd more than his more muted stage presence.

“[Onstage,] he’s not super energetic, but the way he captivates the crowd just with his bars and poetic sound, it just makes you appreciate art,” Bennett said.

Rea, who first saw Hovers perform at Monster Mash on Oct. 26, 2019, was impressed by his ability to excite the audience despite having a small crowd.

“[There were] 12 people dancing in the front while he was performing, and I don’t know how he managed to have a mosh pit with 12 people, but it was pretty amazing,” Rea said. “I know he hasn’t had too many big performances, so he hasn’t necessarily had the chance to move a ton of people, but if you can get 12 guys to mosh, that’s something else. ”

In addition to music, Hovers began a motivational platform through YouTube and Instagram called “Wecangofar by Go Far LLC” in 2018. Though primarily a talk show, the platform has allowed Hovers to branch into clothing merchandise, including hoodies, hats and t-shirts. The show invites guest speakers to share their personal stories, goals and ideas on what it means to “go far.” Although the show is open to everyone, episodes have mostly featured Emory students. The website for the platform is currently under construction and Hovers is hoping to venture into podcasts in addition to YouTube videos.

“[“Wecangofar” is] pretty much a safe space to say “I don’t really know what I want to do with my life, but here’s a few things I’m interested in”,” Hovers said.

As Hovers continues to pursue an independent career in music, he hopes to be able to perform at the Dooley’s Week concert before graduating. With plans to stay in Atlanta after graduation, Hovers imagines himself playing at various venues throughout the city.

“I’m not saying it’s easy [to become successful making music], like [you don’t] go put out a song and … [just] blow up,” Hovers said. “But if you keep putting out enough good music and if the right people then seek it out, you can catch the right ear and make a living off of it.”

Emory Life Editor | [email protected] Caroline Silva (22C) is from São Paulo, Brazil, majoring in English and philosophy. In addition to the Wheel, she serves on the Senate Campus Life Committee and Senate Committee on the Environment. During her freshman year, she was a Senator in the University Senate representing the College of Arts and Sciences. In her free time, she can be found reading poetry and playing video games. 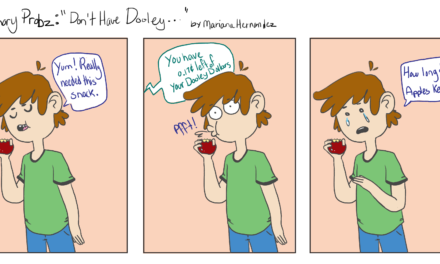 How to Avoid The Second Semester Slump 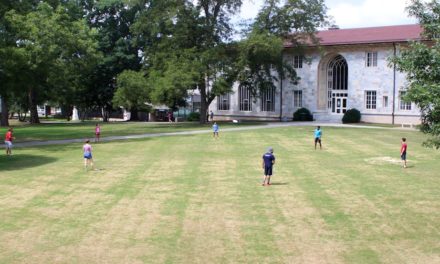