Seniors, Stripped of Final Semester, Reflect on Past Four Years

Email after email, Emory University seniors had their last semester stripped from them. As the fear of the inability to finish research, walk at graduation, give a final goodbye hug to friends looms like a cloud among them all. On track to graduate in nearly two months, the Class of 2020 is scrambling to adapt to online classes in the midst of an alarming viral pandemic.

Below are the testimonies of seven seniors who reflected on what this change meant for them.

Shivaang Chawla (20C), a quantitative sciences major concentrating in neuroscience and behavioral biology, has been working in the Weinshenker Lab under Professor David Weinshenker of the School of Medicine’s Department of Human Genetics for the past two years.

Chawla was in the midst of finalizing his experiments for publication in May. He was hoping to fill in some missing data, but now he’s entirely unsure if he’ll be able to complete his research by May.

“That might have to take a backseat because I still need more data,” he said. “This is research I have been doing for the past two years, so it would be really cool to see the work through and I hope that is possible.”

Although Chawla harped on  the setback in his research, he also expressed that he will mostly miss the opportunity to “bump into people” and foster personal connections with other students on campus.

“There are a lot of kids … that we’re basically never going to see again,” Chawla said. “I am going to miss the people and having conversations with them.”

Interdisciplinary study and political science major Marriam Hassoum (20C) expressed gratitude for being able to go home to a safe and financially stable environment. She recognized that this is not the case for many Emory students, and high school students, as COVID-19 sweeps across the nation, closing schools down until further notice.

“It is important to know about the disruption of our lives because of the coronavirus and how it has impacted different people,” Hassoum said. “Low-income students in the Atlanta area who are in middle and high school are also being impacted from school closures.”

Recognizing that she and Emory students are not the only students impacted by the pandemic, Hassoum stated that she has experienced “different levels of sadness” and a lack of direction as the realization of Emory’s closure sets in.

“Seniors especially have built a life around Emory,” Hassoum said. “I have been very involved in the last four years, so just the sense of purpose is diminished in terms of the things I was doing that are no longer going to happen, such as extracurriculars.”

Emory Pulse President Annie Schiffer (20C) will have to defend her environmental sciences honors thesis entirely online if the department decides not to meet her in person. Schiffer, who has been studying how the blooming time of flowers impacts seed production, has finished collecting data but fears that remotely defending her thesis may pose downfalls.

“I think that an in-person thesis allows for questions to be asked more clearly and also the ability to point to different elements of your presentation and be more expressive while presenting,” she said.

While recognizing that defending her thesis online will be an unprecedented burden, Schiffer still claimed that being unable to say a proper goodbye to her friends and professors prior to spring break has been the hardest thing to overcome since the announcement that courses would move online.

As a low-income, first-generation student, chemistry and biology double major Joseph Lee (20C) relies on on-campus housing and dining to alleviate the financial stress on his family. Lee noted that low-income, first-generation students were hit especially hard by the recent changes as they were suddenly expected to come back to campus, pack their things and return to unstable living conditions.

“We weren’t expecting [Emory to close], but we understand why Emory was doing what it had to do,” Lee said. “Emory should have at least done a better job at communication with students. Right now it looks like a scary mess.”

Lee, who works as a physical therapy technician at BenchMark Physical Therapy in Decatur, stated that his supervisor said that they must stop seeing patients if the pandemic continues to worsen. With his job coming to a potential halt, Lee stated that the financial stress will be felt within his home as he moves back in.

Despite these difficulties, Lee emphasized that he is most upset about the missed opportunity to say goodbye to his friends. He also noted that the possibility that Commencement may not occur has deeply upset him.

“We learn and study all these years of our lives just for this moment of many moments, and this moment might not even happen,” Lee said.

On Wednesday, March 18, the University officially canceled Spring Commencement and all related activities.

Having spent her spring break compiling a list of students and professors she wanted to meet up with before graduation, Priyanka Desai (20B) said she was devastated to be able to get together with those on her list. Upon Emory’s closure for the semester, she noted that there are numerous people that she doesn’t know if or when she will see again.

Desai said she was certain Emory would provide answers and accommodate students’ circumstances. But she criticized the University providing continually vague emails on a rolling basis, which, she said, has only caused more fear among students who rely upon campus housing, work study jobs and meals, among other University-provided resources.

“There were a lot of questions that were left unanswered,” Desai told the Wheel.

Maria McNiece (20B) was scheduled to have her choreography performed as part of her dance and movement studies honors thesis on March 20 and 21. Due to the University’s closure, her 125 page thesis paper and 40-minute choreography, which she called a “physical reimagining” of Samuel Beckett’s play “Waiting for Godot,” must now be defended and viewed via Zoom.

Unable to have the choreography that she created for eleven Emory student dancers performed live, McNiece must present rehearsal videos to her thesis committee, noting that the members will take into consideration that the videos are from rehearsal and will not penalize her for the quality.

Although McNiece is glad she will still be able to defend her thesis, she noted that several Emory dancers have not continued dancing after graduation, and she was disheartened to have some of her dancers career cut short.

“Its a huge disappointment that, not only me, but eleven of my dancers have been working so hard for this performance, and for some, this was our last performance of our dance career,” McNiece said. “To have our [college dance career] cut short is understandably really disappointing.”

Although unhappy with the questions left unanswered regarding first-generation and low-income students, Sahil Sheth (20B), stated that he did not have much criticism for the University’s response to the COVID-19 pandemic.

Attempting to make the best out of this stressful situation, Sheth stated that the Class of 2020 will certainly have a unique end to their Emory experience to look back upon.

“I wasn’t sure how to process [that Emory was closing], there were so many things running through my mind,” Sheth said. “[But] it’s important that the people from the Class of 2020 understand that we will have a unique experience.”

Sheth also noted that such an event underscores how important it is to not take moments with friends for granted. 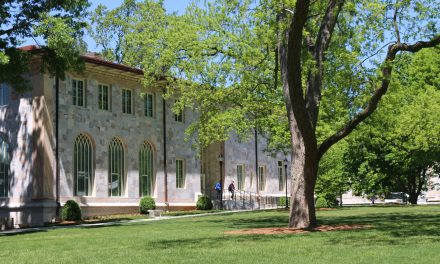 Fall 2020 to Be In Person, Conclude After Thanksgiving