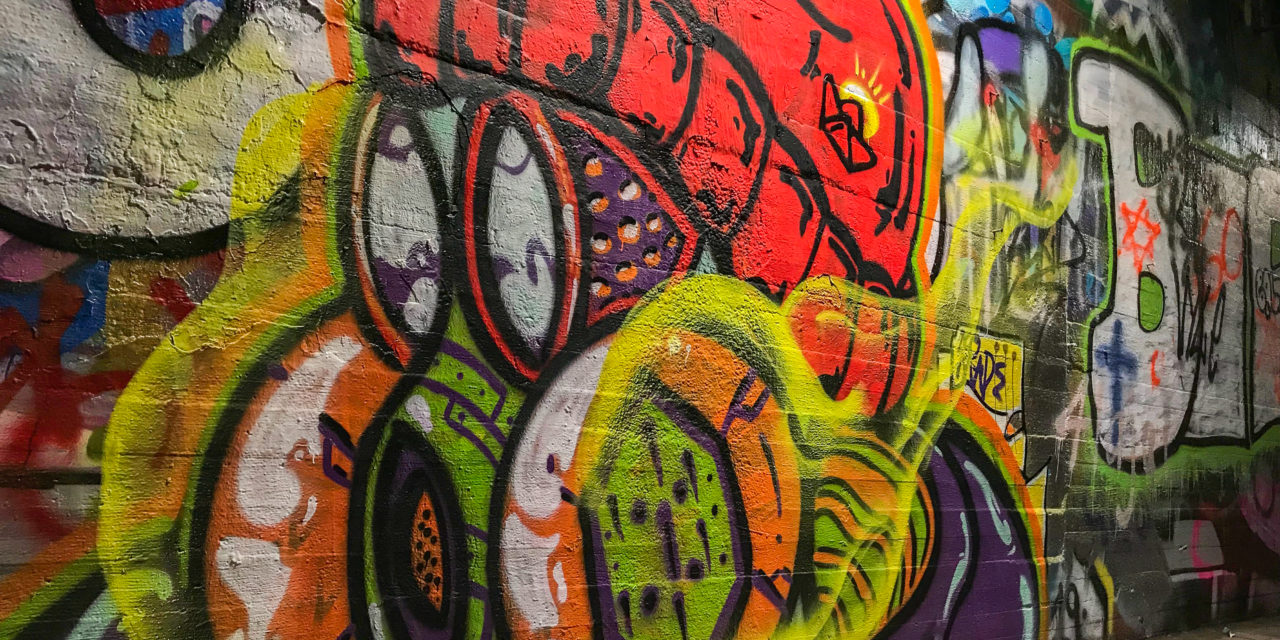 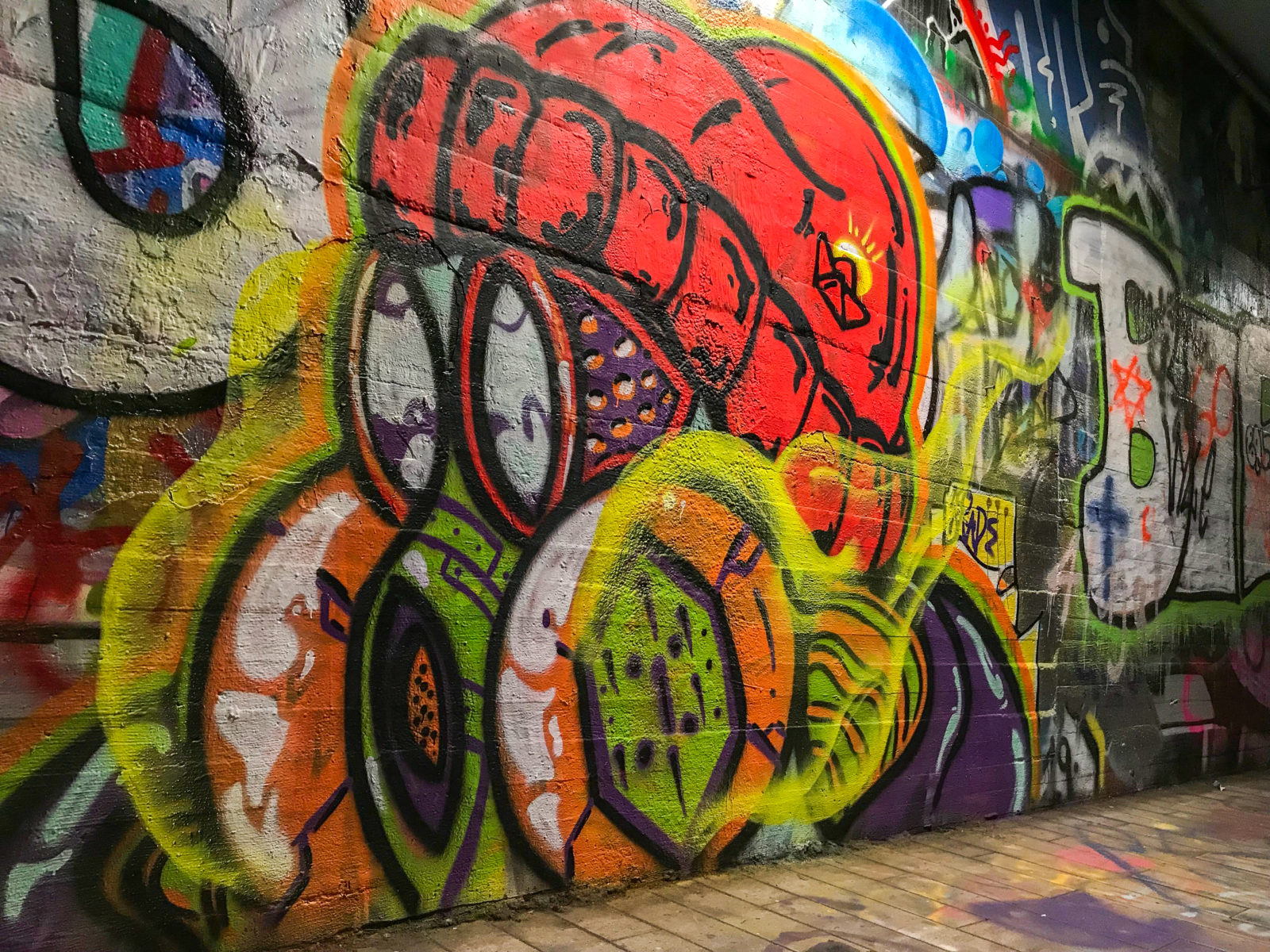 Garrett Rea (22C) tags his artwork under the name “Mercy,” short for “Man of Mercy,” to distinguish his designs from others./ Courtesy of Garrett Rea

Sporting circular glasses and a brightly-hued graffiti jean jacket, Garrett Rea (22C), a self-proclaimed graffiti artist and aspiring nurse practitioner, loves to add color to the world around him.

Rea’s career as a graffiti artist started when he was a high school junior in his hometown of Lexington, Ky. After playing hooky one day in 2016, he fell down a YouTube rabbit hole of graffiti culture. He became fascinated and decided to try it for himself.

That same day, he spray-painted his first piece of lettering on an empty wall in his basement, a first attempt he called “amazingly terrible.” Ever since then, his mantra has been “practice, practice, practice.”

Rea has credited his progress to watching other artists work their craft. He stated that he still returns to YouTube to see how other artists hold the spray can or which specific markers they use on sketchbook drawings.

But Rea has developed his own routine of blending colors with alcohol markers and adding in eye-catching details with sharp lines using acrylic markers. He then transfers most of his work, which resides in a few sketchbooks he always carries around with him to a wall, typically organizations who commission his work. Rea notes that the technical aspects of graffiti are the same for most artists, but style, handwriting and name ultimately define an artist’s work. He tags his artwork under the name “Mercy,” short for “Man of Mercy,” to distinguish his designs from others.

Rea adopted the pseudonym from a quote his father told him. 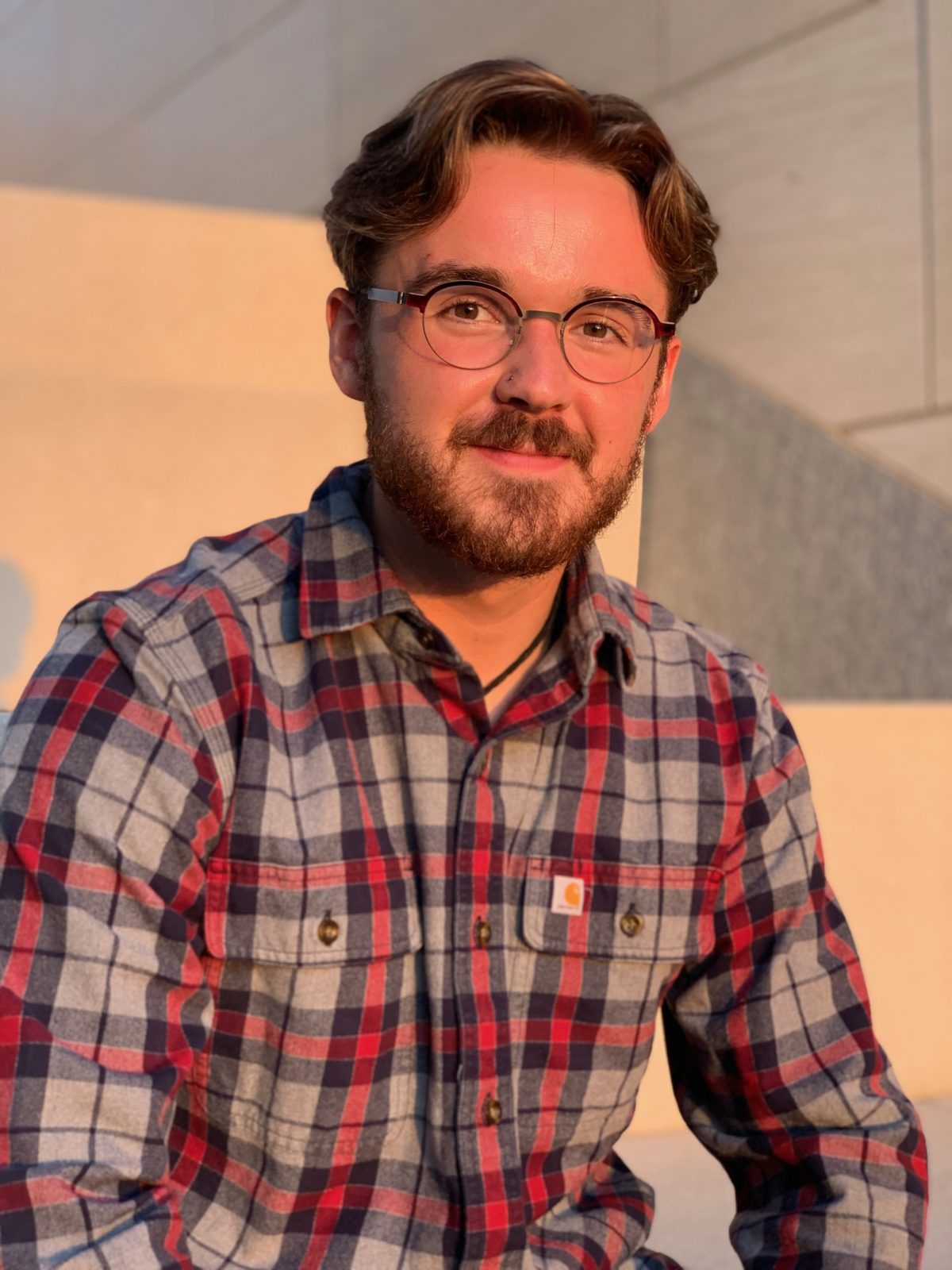 The themes of mercy and a helping hand show up often across Rea’s work, as he hopes to depict uplifting and emotional messages. In one of his works featured on a wall in Lexington, which he graffitied in March 2019, Rea used fiery colors to portray his signature “Man of Mercy,” a man wearing a respirator to symbolize breathing in bad air and letting good energy out.

Most recently, Rea made a piece documenting his transformation at Emory. He depicted his signature “Man of Mercy” and added the details of a cracked glass lenses as an allusion to the “Contendings of Horace and Seth,” an ancient Egyptian myth about relatives’ battle for kingship. The story, which discusses past experiences and a path forward, resonated with Rea, who believes his previous experiences guided him through his time at Emory and through his art.

Along with the theme of mercy, Rea aims to portray hope through his artwork. He said that vibrant colors are the key to sending this message.

“I’m gonna put [hope] in pretty colors … because even in moments of pain, you can find something beautiful,” Rea said.

In Lexington, Rea has painted and sprayed walls, made custom-designed jean jackets and has been commissioned by local restaurants, gyms, dance studios and conservatories to add life, emotion and vibrancy to their walls. Rea shared that every time he adds his name or designs to a wall, he feels that he creates a new home — someplace he feels comfortable enough to share and hone his craft.

He said one of his favorite commissions was his first piece at a restaurant in Lexington called DV8 Kitchen, which aims to hire recovering addicts. The restaurant’s charitable mission and aspirations resonated with Rea because the custom mural he created fell in line with what he hoped to convey through his art already.

“[DV8 Kitchen] wanted me to fill [the mural] with these happy and encouraging messages, … writing the words ‘feed your spirit’ in orange letters all around the restaurant,” Rea said.

Currently the vice president of the Table Talk Couches Branch and an executive board member at the Ambience Department of Emory Arts Underground, Rea has had art featured in shows for The Pulse and Emory Dark Arts. In Spring 2019, he did a live graffiti painting on plywood at an Emory Arts Underground event and displayed some of his custom graffiti jean jackets alongside other Emory student artists’ work.

Nathaniel Thomas (22C), Rea’s friend since the first semester of freshman year, mentioned that Rea’s exhibit that night was one unlike any he had ever seen before.

“[Rea is] so good at picking out colors for people,” Thomas said. “He has amazing associative ability. He’s really a circuit for emotion, love and intuition. It flows through him, and he represents you through colors, and he connects with you. Him doing art in front of you or doing art of you is the best experience.”

Rea also credited a lot of his evolution as an artist to his time at Emory. He notes that the driven and passionate community, especially his close-knit friends, have pushed him to practice more and make more meaningful art. 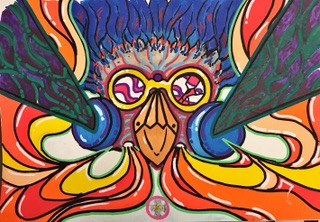 Garrett Rea (22C) depicted his signature “Man of Mercy” and added the details of a cracked glass lenses as an allusion to the “Contendings of Horace and Seth,” an ancient Egyptian myth about relatives’ battle for kingship./ Courtesy of Garret Rea

“I’m around people all the time here at Emory who are spectacular … and when I’m around my friends that work so hard and study and really work on things they’re passionate about, I go, ‘Dang! Why am I watching television?’” Rea said. “It makes you better. It spirals. It’s a positive effect.”

Liam Harvey (22C), Rea’s hallmate freshman year, said that he would want to see Rea produce a mural in the new spaces in the new Emory Student Center. Rea said that if asked, he would make something beautiful for Emory in return for being “home” for him.

“I really hope that [Rea] gets more work on campus,” Harvey said. “I think that the murals are basically a market that haven’t been exploited yet, especially with the new Student Center. There’s tons of stuff and tons of potential here. I feel like he should be receiving more opportunities from creative clubs [at Emory].”

In the long term, Rea hopes to continue making pieces that speak to himself and others. He noted that he wishes to “keep developing a style that is solely [his] own” through more commissions.

As Rea continues to develop his art and style, he hopes to use his distinct messages and vibrant colors to help him better connect with his patients suffering from mental health issues as a nurse practitioner.

“[Graffiti is] all about elevating yourself … It lets me have faith in myself” Rea said. “When you see these pieces around town, it’s somebody trying to say, ‘I’m here.’ It’s all about saying, ‘Hey! My circumstances right now might not be the best, but I‘m going to make the best out of it because I’m me and I can give it a shot.” 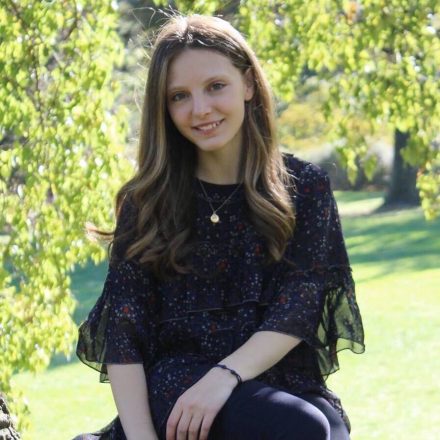