Explore Atlanta Through These 5 Landmarks

Tucked into the eastern suburb of Druid Hills, Ga., Emory’s campus is situated roughly 15 minutes from the heart of Atlanta, a lively and historically rich city. Take a day off from your medical school preparations, calculus problem sets and assigned philosophy readings to venture into the city and enjoy these five landmarks of Atlanta.

One of the most prominent and renowned civil rights activists Martin Luther King Jr. was born in Atlanta on April 4, 1929. The national park includes his childhood home, the Ebenezer Baptist Church where he preached and the King Center, among other monuments. The park aims to celebrate his life and legacy while providing visitors with a glimpse into King’s personal life.

Tours of his home are held every Saturday from 10 a.m. to noon. Visitors can observe attractions such as the eternal flame, which symbolizes King’s vision. The King Center, officially the Martin Luther King Jr. Center for Nonviolent Social Change, was established in 1968 by King’s wife, Coretta Scott King, to honor him after his assassination. The center contains extensive archives of primary resources about King and also doubles as his final resting place. The 22-acre park is the perfect place for a history lesson or a picnic with friends.

The Mercedes-Benz Stadium is a multipurpose stadium home to both the Atlanta Falcons of the National Football League (NFL) and Atlanta United FC of Major League Soccer (MLS). Forbes’ Keith Flamer called the arena “the best venue in the NFL.” Soccer games run throughout the year, with tickets ranging from roughly $20 to $200. Football games begin in September, and tickets sell for an average of about $100.

The stadium’s signature pinwheel-shaped, retractable roof creates the illusion of a bird with its wings extended for flight. The design allows the stadium the versatility to serve as either an outdoor or indoor arena, should the weather prove a hindrance.

The stadium also hosts other miscellaneous sporting events, such as the 2020 NCAA Final Four men’s basketball games in early April and the AMA Supercross Championship, a premier motorcycle racing series, on Feb. 29. Entertainers have also often booked the arena, including Ed Sheeran and Taylor Swift for their “Divide” and “Reputation” tours, respectively.

This previously private aviation and corporate museum opened its doors to the general public in June 2014. The museum’s website proclaims that its mission is “to celebrate the history and heritage of Delta and its family of more than 40 airlines, the history of aviation and the future of flight.”

General admission ranges from $10 to $15, depending on age. However, every Tuesday at 1 p.m., the museum offers free 45-minute guided tours that explore Delta Air Lines’ history. The museum also offers plane interior tours throughout the month, allowing visitors to examine aircrafts such as the Delta Douglas DC-3 Ship 41 or the Boeing 747-400. Finally, for $425 an hour, visitors may take their experience to another level by boarding the Boeing 737-200 full-motion flight simulator, one of the few available to the public, to emulate a real cockpit experience.

In 1996, Atlanta hosted its first Olympic Games. The Centennial Olympic Park served as a vibrant centerpiece of the event and continues to memorialize the historic Olympics through its thriving reputation as a tourist attraction. Visitors can splash through the Fountain of Rings, an interactive fountain shaped like the iconic Olympics Rings. Synchronized music and water programs run four times a day, year-round.

Many of the brick pathways throughout the park contain short, engraved messages by donors who contributed upward of $35 each toward its construction.

The park also regularly hosts festivals and events, including Atlanta’s Fourth of July celebration and the SweetWater 420 Fest, a three-day music and beer festival hosted by SweetWater Brewing Company that takes place in April.

The iconic soft drink brand has its headquarters and museum in the heart of Atlanta. General admission to the museum ranges from $13 to $17. Upon entering the lobby, all visitors receive a complimentary beverage. In the loft, visitors are able to examine hundreds of historical Coke-related artifacts, such as a centuries-old syrup urn dating back to 1896. One can also visit the “Vault of the Secret Formula,” where the fiercely protected Coca-Cola recipe lies.

The interactive experience doesn’t end here. The Portrait of Walls showcases motion-activated world maps that trace all of Coca-Cola’s various initiatives, such as the Coca-Cola Scholars Program scholarship and the Safe Water for Schools program. If history is not for you, head over to the Perfect Pauses Theater to view the best of Coca-Cola’s advertisements from the year, or pop on over to the Pop Culture exhibit to explore the drink’s brand identity.

The visit culminates at a tasting room of Coca-Cola products from all over the world. The “Taste it!” exhibit contains fountains with over 100 worldwide Coca-Cola beverages. Try everything from household Coke variations, such as the popular Cherry Coke and Coke Zero Sugar, to the Sparletta Sparberry, a raspberry cream soda exclusively sold in African countries.

Emory’s campus can often become a bubble for overstressed and overscheduled students, but with the city just 15 minutes out, there are plenty of opportunities to beat the stress. Take a weekend off and appreciate the charming southern city of Atlanta and its brilliant landmarks. 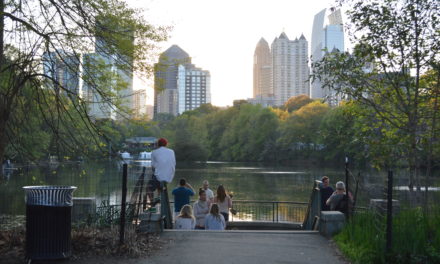 What to Do in Atlanta Over Fall Break 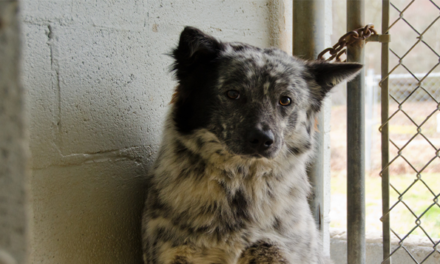 True Food Kitchen | A Classic Option for the Healthy Student 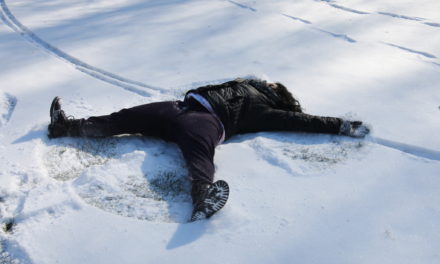