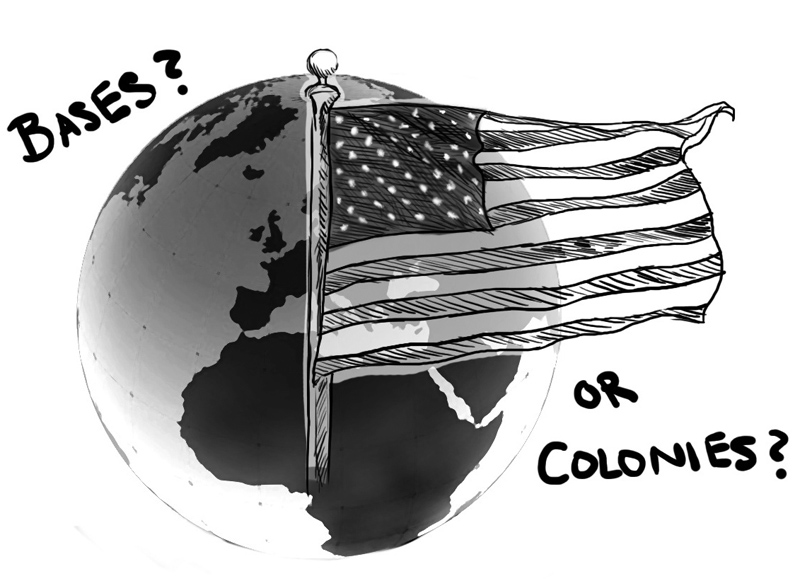 “To us in America, the reflections of Armistice Day will be filled with solemn pride in the heroism of those who died in the country’s service and with gratitude for the victory, both because of the thing from which it has freed us and because of the opportunity it has given America to show her sympathy with peace and justice in the councils of the nations.”

This is what President Woodrow Wilson famously said at the establishment of Armistice Day in 1918: a day to commemorate those in the armed forces who were killed in World War I.

This moment in 1918, when a ceasefire was called in the Western Front of World War I, was an incredible moment in history. Several nations took a moment to reflect on the horrors of war and made a collective decision to end it. This reflection and imagination of a peaceful world seems to have been forgotten.

The 95th anniversary of Armistice Day was celebrated this past Monday, Nov. 11, 2013. Through these 95 years, President Wilson’s vision of the U.S. as a peaceful change agent in the world seems to have diminished. His dream of the U.S. being a peacemaker through diplomatic means, “to show her sympathy with peace and justice,” has been replaced by a nightmare that is the current military industrial complex and police state.

In 2012, the U.S. spent more on defense than the countries with the next 10 highest defense budgets combined. The U.S. has military personnel in 148 countries and 662 bases in 38 countries. These bases create negative relations with people in those countries and breed resentment towards the U.S. This resentment is a huge contributor to fostering fundamentalist ideology and terrorist activity. How ironic that we use the excuse of ‘fighting terrorism’ as a justification to proliferate U.S. military presence worldwide. American author Chalmers Johnson writes that “once upon a time, you could trace the spread of imperialism by counting up colonies. America’s version of the colony is the military base; and by following the changing politics of global basing, one can learn much about our ever more all-encompassing imperial ‘footprint’ and the militarism that grows with it.”

Instead of being peacemakers, our military is creating global violence. Our occupation of Iraq from 2003 to 2011 has caused up to 120,000 civilian deaths. Our covert drone warfare in Pakistan, Somalia and Yemen has killed up to 3,000 civilians. Yes, we are bombing Yemen and Somalia, but you probably didn’t know that because these wars rarely get covered in the mainstream media.

Outside of civilian casualties, military presence creates psychological violence both for the people in the army and the people who are living in war zones. It is estimated that 20 percent of Iraq and Afghanistan war veterans have post-traumatic stress disorder. In addition, our wars have also created environmental violence. The usage of nonrenewable energy sources to fuel the military adds to an increase in greenhouse gases and ozone depletion. Military machinery and explosives have caused unprecedented levels of deforestation, loss of biodiversity and habitat destruction.

The human and financial cost of our military rarely comes into the American public discourse. Why are we not talking about the fact that we are spending $682 billion dollars on defense every year? When our country is lagging in fundamental services such as providing quality education, housing and healthcare, can we afford to spend 20 percent of the budget on defense?

The global War on Terror has also seeped into lives of American citizens. The Patriot Act, passed in 2001, has given the executive branch and all law enforcement and security agencies increasing power. One manifestation of this has recently gotten a lot of media attention: the National Security Agency (NSA) surveillance scandal. Whistle-blower Edward Snowden exposed how the NSA, with assistance of major telecommunications corporations such as AT&T, has been surveilling domestic communication of American citizens since 2001. This is an extreme violation of privacy since they are collecting massive amounts of information without probable cause or search warrants. It seems that our federal government does not respect the freedoms that it claims to protect when it drags us into one unnecessary war after another.

Last Monday was also Veterans Day. In addition to thanking our veterans and thinking about the freedoms that we have in the U.S., we need to think about the violence that we are creating worldwide. We need to think about how to hold our government accountable. This global military empire and the creation of a domestic police state is a huge departure from the ideals of Armistice Day. As we approach the centennial of the Great War that killed millions, we should reflect on how the U.S. has become a neo-imperial state and how we can change our policies and practices to promote diplomacy and peacemaking.

Nowmee Shehab is a College sophomore from Dhaka, Bangladesh