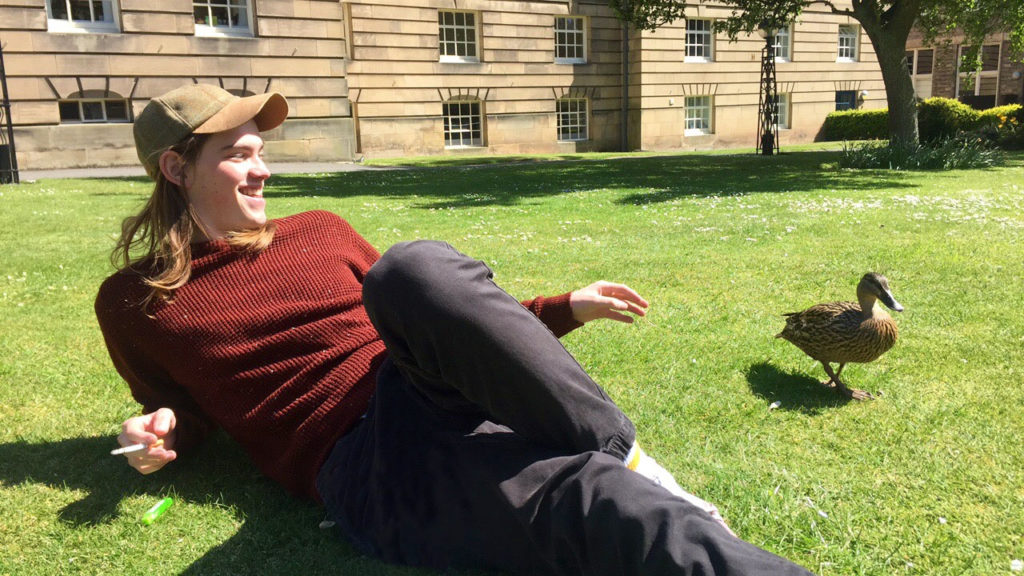 Tom Hilchey relaxes on the quad at St. Andrews, where he studied abroad Spring 2017./Courtesy of Nell Klimpert

Tom Hilchey (16OX, 18C), an impulsively curious neuroscience student who exuded joy and compassion, was pronounced brain dead Sunday after he fell off of a back porch railing in Ithaca, N.Y., according to his older brother, Jack Hilchey (15C). He was 20.

A quiet kid born Sept. 27, 1996, Tom Hilchey had an eclectic assortment of passions, his mother Amy Christian said. She and her husband, Duncan Hilchey, embraced Tom’s wide range of interests, which most notably included soccer, along with a tendency to self-teach.

Her son Tom delighted in myriad activities. He read Hemingway; he scrutinized chess games. The “littlest kid in the skate park,” seven-year-old Hilchey zoomed around via a pair of rollerblades and eventually mastered the arts of skateboarding and biking, his mother said. “Anything with wheels he was damn good at.”

But it quickly became clear that Tom Hilchey felt most comfortable on the soccer field. He started playing when he was four years old and later proved himself to be an anomaly when it came to the sport, said Jack Hilchey, who took the turf with Tom during their teens for a season on an indoor soccer team. Although Tom, who was too talented to play with his age group, was one of the team’s youngest members, he still brought confidence to the “beautiful mess” of a team, Jack said. 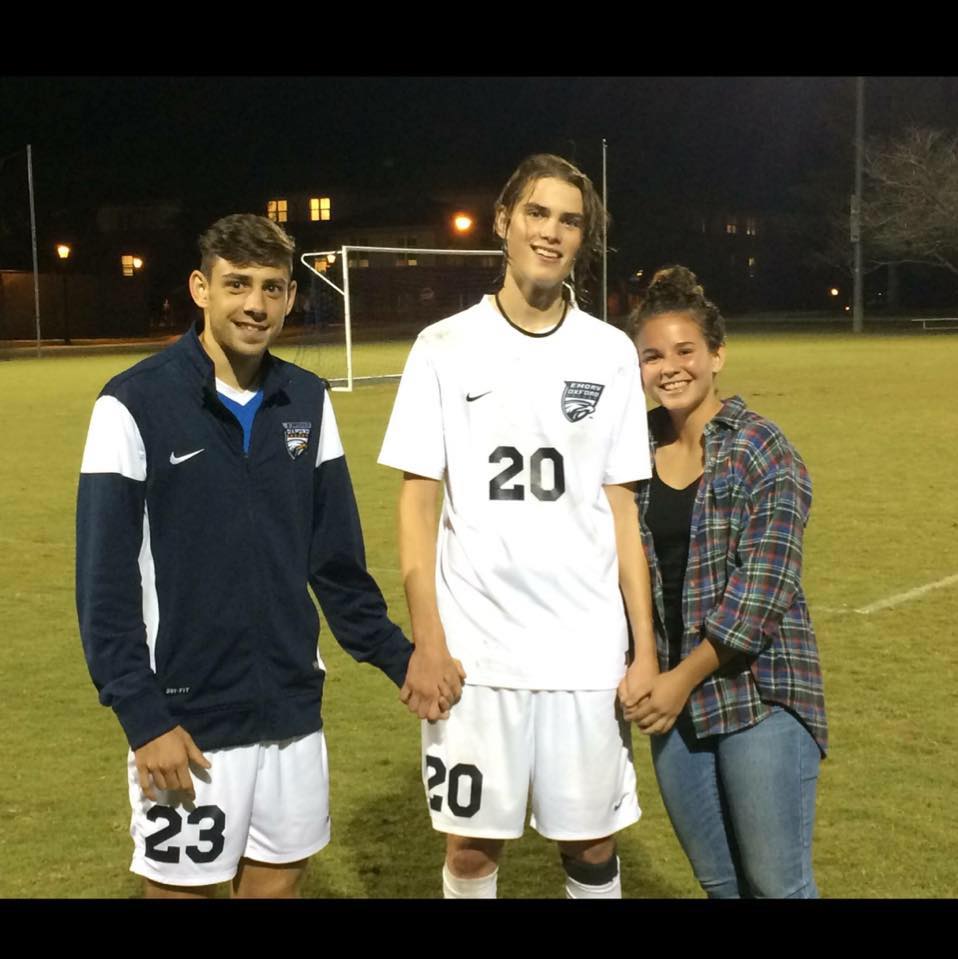 “Time slowed down” whenever Tom Hilchey possessed the ball, one of his coaches told Jack Hilchey. A skilled player, Tom could simultaneously monitor several variables during a game: which teammates played which positions, who subbed in and when, which strategies worked well and which injuries occurred, Jack Hilchey said. Tom also played on Oxford College’s soccer team and in an intramural league during a Spring 2017 semester abroad at the University of St. Andrews.

“The way that Tom approached soccer was … a way to think about how he approached life,” Jack Hilchey said. “He really budgeted his energy in a wonderfully intelligent way.”

On the soccer field and around campus, Tom Hilchey cast a slim and lanky figure. He frequently tucked away his long hair into a sort of “man bun,” sported a pair of the “funkiest” purple Adidas sneakers and deemed Christmas T-shirts appropriate for every season, Christian said.

While Tom paid little thought to his sometimes disheveled appearance, Christian said that her son was always attentive and “clued in” when it came to people. She added that he had recently begun spending time with a girlfriend, Nell Klimpert, a rising senior at Oberlin College.

Klimpert and Hilchey met at St. Andrews and began dating in April. On their first date, Hilchey took Klimpert to her favorite place in town, the Botanic Gardens, where they sat and looked for bees, which they both loved. “He was someone who always had his heart on his sleeve, so I never worried what he thought about me,” Klimpert said.

Thomas Philip, a rising senior at the College of William & Mary, also studied with Tom Hilchey at St. Andrews. He remembers that Tom’s passion for soccer — and even more so, his passion for people — surged even when Tom had a sprained wrist. “He was really upset because he couldn’t play and be there for everyone else,” Philip said. “He put himself on the line when he was hurt just to help other people.”

Tom Hilchey had recently decided he wanted to research “things that would improve people’s quality of life … not just the length of their life,” his mother said. After stints working in labs at Emory and Cornell University, Tom told his mother that he hoped to get a master’s degree in neuroscience, perhaps through a one-year program at St. Andrews.

On Tuesday afternoon, Tom Hilchey’s body was flown to Pittsburgh, Pa., for organ donation surgery, his father said. Six of Tom’s organs will be donated to five individuals, including a 17-year-old girl awaiting a new liver and a 66-year-old woman in need of a lung. Anything not used for transplant purposes will be donated to education and science.

“He would’ve given the clothes off his back to anyone who needed them,” Christian said. “To know that he’s literally saved the lives of about five people … I just know absolutely in my heart that’s what he would’ve wanted.” 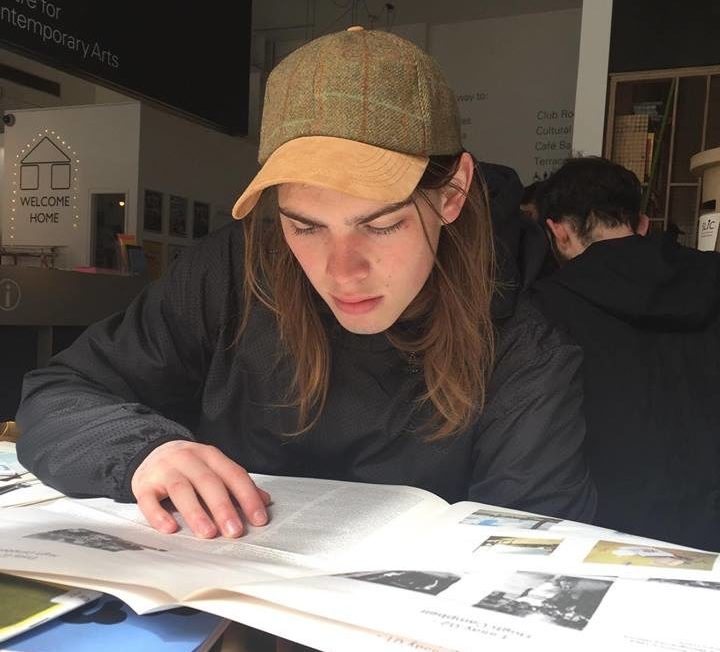 Tom Hilchey reads documents at a museum. Friends and family say he was curious and enjoyed learning./Courtesy of Nell Klimpert

That caliber of selflessness became especially apparent during Tom Hilchey’s semester abroad, when he stepped into the role of “mother duck” among his friends, devoting countless nights to helping friends resolve their struggles, Jack Hilchey said. Jack believes Tom took on such a role because his brother refused to allow anyone to feel the same heaviness that Tom had endured at points in his life. While Tom handled the pressure of school well, other stresses had taken tolls on him, especially after he talked down a few Oxford friends from suicide, his brother said.

The last time Jack Hilchey talked to Tom, he had asked to look at a copy of Jack’s architecture portfolio, which he had been working on for about a year. While Tom excelled in the sciences, Jack had found his passion vested in both architecture and the visual arts. Time and time again, despite their divergent interests, Tom engaged with his brother’s work, even if he only contributed a thoughtful acknowledgment.

Jack Hilchey told Tom Hilchey that he was free to look through the portfolio, but he never got the chance to follow up with his brother, whose ability to maintain a bright-eyed optimism and infectious laugh even during the most difficult times taught Jack that “life is precious and should be lived to the fullest.”

Jack later asked his mother if his younger brother had looked at his work.

She was nearly certain that he had.

Tom Hilchey’s family and friends will hold a celebration of Tom’s life in Ithaca, N.Y., later this summer.