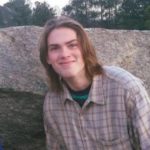 Thomas Hilchey (16OX, 18C) died Sunday after he sustained injuries from falling off a second-story balcony earlier that weekend, according to Duncan Hilchey, his father. Thomas Hilchey was 20 years old.

A police investigation is still ongoing as of Tuesday afternoon, though the Friday night incident appears to have been an accident, Ithaca Police Department (IPD) said.

The 20-year-old College student, from Ithaca, N.Y., was studying neuroscience and behavioral biology at Emory. Outside of classes, Hilchey played for the Oxford College men’s soccer team, was a member of Oxford College social club Kappa Phi Nu and worked in the Whitehead Institute for Biomedical Research.

IPD, Ithaca Fire Department and Bangs Ambulance, Inc., arrived on the scene of the incident at Cayuga Street in Ithaca, N.Y., late Friday night and found Hilchey unconscious and bleeding, according to IPD. Hilchey was still breathing but there were “possibilities of serious injuries,” and he was transported by helicopter to the Guthrie Robert Packer Hospital in Sayre, Pa., police said.

Hilchey was declared brain dead Sunday, and his body has been flown to Pittsburgh, Pa., for organ removal and donation, according to his father.

Hilchey’s family is holding informal visiting hours at 295 Hook Place, Ithaca, N.Y., Wednesday from 4 p.m. to 7 p.m. A memorial for Hilchey is being planned for later this summer.

The article will be updated as information becomes available.