Emory Commits to Sustainability After U.S. Withdraws From Paris Agreement

WASHINGTON, D.C. — More than 1,000 U.S. organizations and institutions pledged to uphold the Paris Climate Agreement, which aims to reduce greenhouse gas emissions and mitigate global warming, following President Trump’s June 1 announcement that the United States would withdraw from the Agreement. While Emory did not sign the open-invite “We Are Still In” statement, University President Claire E. Sterk emphasized her commitment to sustainability in a June 6 University press release, stating, “I join with a consensus of scientists around the world in calling for immediate action and necessary policies to reduce greenhouse gas emissions.” The Emory Alumni Environmental Network has urged “President Claire Sterk to join over 200 peer institution leaders” in formally pledging to uphold the Agreement. In response to Trump’s decision, the governors of New York, California and Washington formed the United States Climate Alliance, which has 12 member states and one U.S. territory as of June 7 and is dedicated to upholding the Paris Agreement despite federal action.

EMORY — Student group Emory College Republicans objected to the University’s decision to fund 100 percent of financial aid packages for undocumented students beginning Fall 2017 in a May 23 Facebook post, writing, “Emory is, in fact, incentivizing immigrants to break the law by coming to the United States illegally by providing them with full tuition!” The club also pointed to House Bill 37, which goes into effect July 1 and states that private colleges in Georgia may not adopt “sanctuary campus” policies. “Should our diverse university include those who break the law, and should the university encourage people to break our immigration laws?” the club’s post says.

GEORGIA — Early voting in Georgia’s sixth congressional district began May 31, ahead of the June 20 runoff. In a June 6-7 WSB-TV/Landmark poll, Democrat Jon Ossoff led Republican Karen Handel 49.6 to 47.1 percent, with a 4.78 percent margin of error. Nearly 75,000 votes were cast as of June 9 despite minor issues in polling locations, including computer connectivity problems, according to WSB-TV. The special election will decide which candidate fills the seat vacated by U.S. Secretary of Health and Human Services Tom Price. Early voting ends June 16.

EMORY — The University filed a federal lawsuit against Neurocare Inc., the company that Emory hired to operate the Emory Clinic Sleep Center, according to Courtroom View Network. After Emory lost $20.5 million in a lawsuit on behalf of the facility for the death of a patient in 2010, Emory claimed last month that Neurocare broke a formal agreement between the two parties by failing to defend the University. The agreement stated that Emory was not legally liable for illnesses or deaths. 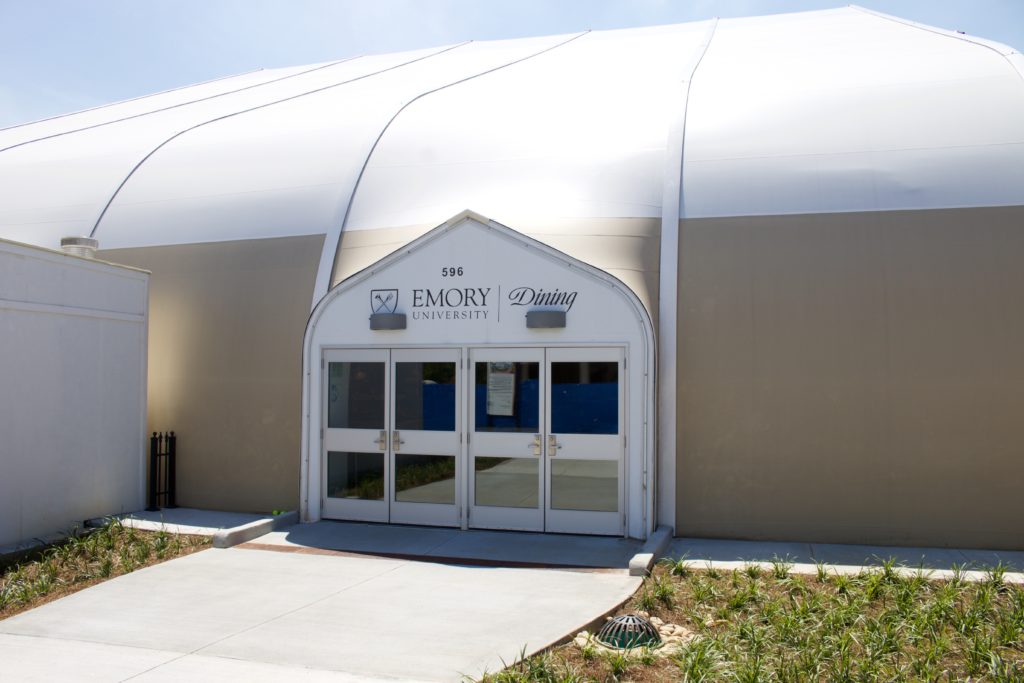 The DUC’ling opened May 31. It will serve as a temporary dining facility while the Campus Life Center undergoes construction./Michelle Lou, Executive Editor

EMORY — Construction on the DUC’ling, the interim dining hall, is complete, and the facility opened May 19, according to a May 31 Campus Life Center (CLC) newsletter. At its opening, the facility served athletes from the Special Olympics State Summer Games. The west wing of the Dobbs University Center (DUC) also has begun to be demolished to prepare for construction of the CLC. The DUC’ling is scheduled to be demolished after the CLC opens May 2019.

EMORY — The School of Law will offer an online Juris Master degree beginning Fall 2017, according to the Emory Law website. The degree, which is available for non-lawyer health care professionals, is an 18-month program focused on health and business and includes concentrations in policy and regulation.