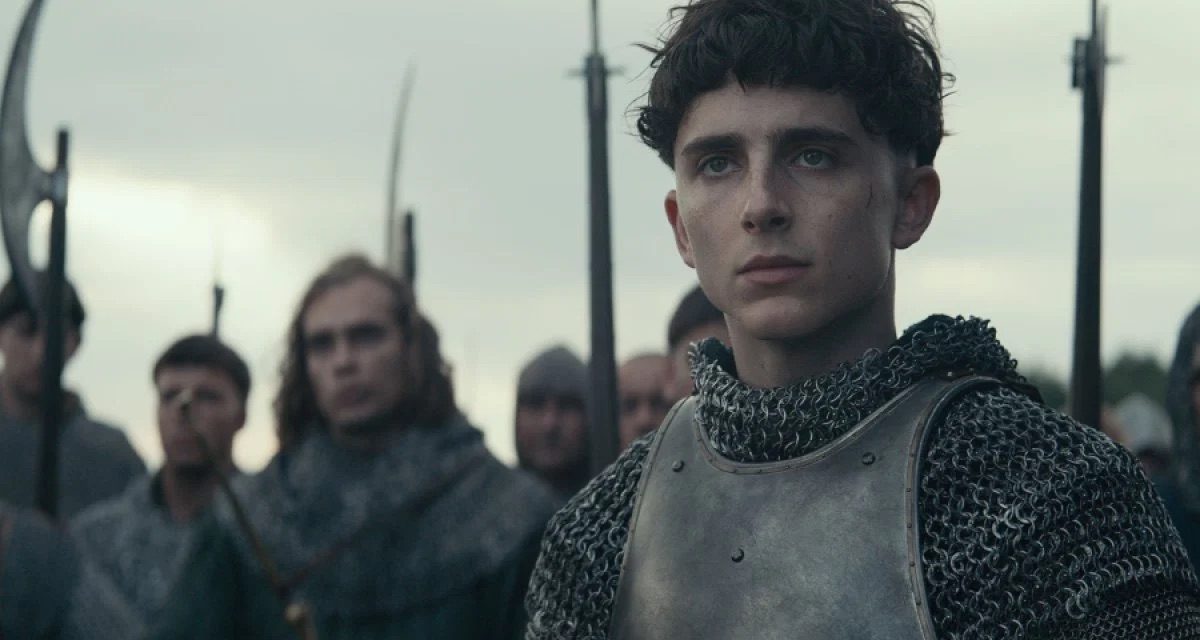 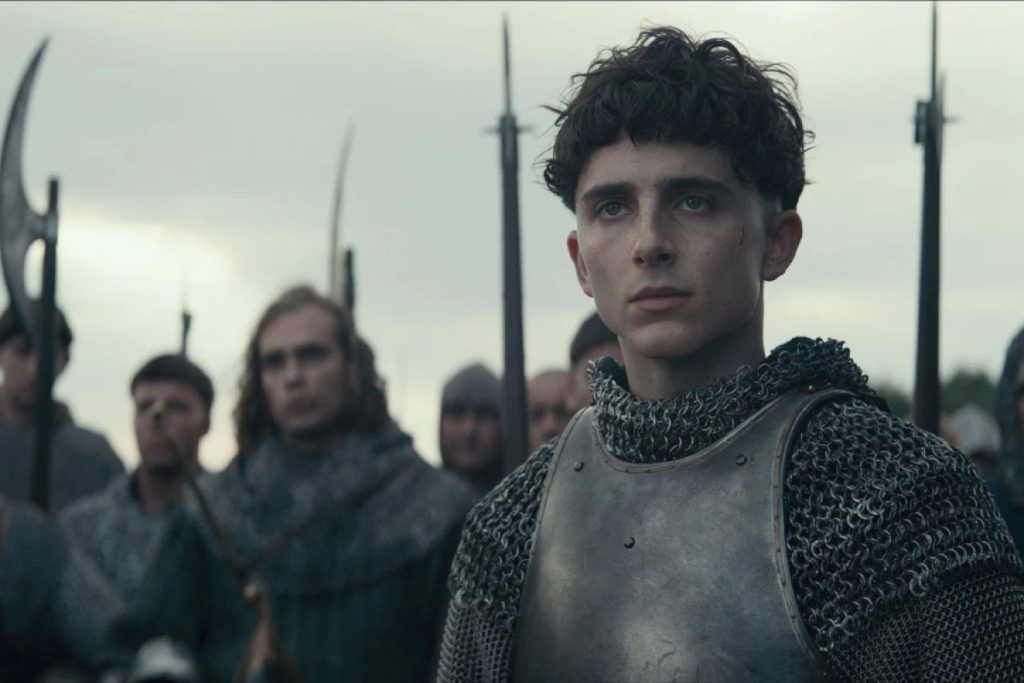 Timothée Chalamet may be Hollywood’s newest heartthrob, but the story in his latest film, David Michôd’s “The King,” is hardly a new one. Based on William Shakespeare’s “Henriad” plays, the narrative follows the ascent of Hal (Chalamet) from a headstrong boy to reluctant ruler, King Henry V of England. Soon after being crowned king, Henry’s rule is challenged by King Charles VI of France (Thibault de Montalembert) and his son, the dauphin of France (Robert Pattinson). Henry must grow up in a matter of moments and go to war for the sake of his kingdom and to establish his own authority. While this story may be engaging in the hands of its original author, Michôd’s version falls flat, lacking any original perspective or even a particularly compelling lead performance. As a result, the film is a drab drag that feels wholly unnecessary.

Some suggest that Shakespeare’s plays have remained popular because they can be easily reinterpreted and reimagined in adaption. The writings of the bard have been brought to life in cinema in new and innovative ways over the years. Baz Luhrmann’s “Romeo + Juliet,” for instance, modernizes its source material and transplants the story to Verona Beach, Calif. Orson Welles’ “Henriad” adaptation, “Chimes at Midnight,” innovatively centers around the character of Falstaff rather than Henry. “The King,” however, has nothing new to bring to the table, mostly sticking to the conventional bravura speeches and bloody battles of a period drama.

There is one word that could be used to describe “The King” in nearly every aspect: muddy. There’s the obvious importance of mud, which is used to trap the French during battle. The washed-out palette of the film lends almost every scene a mud-colored tinge. Even the pacing of the plot is comparable to slogging through mud, drawing out each moment of its indulgent 140-minute runtime.

After gaining popularity for his portrayal of soft, sensitive boys like Elio of “Call Me by Your Name,” Chalamet had the opportunity to reinvent his image through this film. He has been, however, foiled by its script. Instead of focusing on elements of his character that may have been intriguing such as his regal evolution, his transformation occurs without any explanation or context in between scenes. As a result, Henry is quite boring as a character. There is nothing dynamic about him, no conflict within him that we can see, or nothing that Chalamet gets the opportunity to grapple with as an actor. He is an irresponsible child one minute and a noble king the next.

The lack of charisma written into Chalamet’s character allows for Pattinson’s dauphin to steal every scene he is in. With a ridiculous French accent, an absurd wig and an extended sequence where he taunts Henry for having “giant balls with a tiny cock,” Pattinson, whether intentionally or unintentionally, grants “The King” comic levity that is far more compelling than any of its dramatic scenes. Lily-Rose Depp turns in a fantastic performance as Catherine of Valois, carrying the poise and power of a true royal while she delivers a revelation to Henry that forces him to reflect on his actions.

Other than these performances, all that can be said in favor of the “The King” is that its battle sequences are shot in an unconventional and effective way. Cinematographer Adam Arkapaw shoots these scenes in the midst of the fight rather than from a distance. The continuous assault of bodies he focuses on, dirty and crushed against one another, surrounded by danger on all sides, craft a sense of claustrophobia that emphasizes the oppressive nature of war.

Additionally, Nicholas Britell’s score, when given the opportunity to shine, is a standout. Used in scenes such as Henry’s coronation, the lush orchestral music lends dramatic gravitas to every sequence it is a part of, underscoring the significance of all that Henry and his kingdom are undergoing. The score almost, but not quite, convinces audiences that what is unfolding on screen is worth caring about.

Still, these positives are not enough to compensate for the overall dull and drawn-out film. “The King” is a muddled mess that has nothing to contribute to Shakespeare and nothing within it to captivate audiences. The film is not a crowning achievement in any sense of the term; it’s just a royal disappointment.