Symposium XI: A Showcase Worthy of Its Greek Namesake 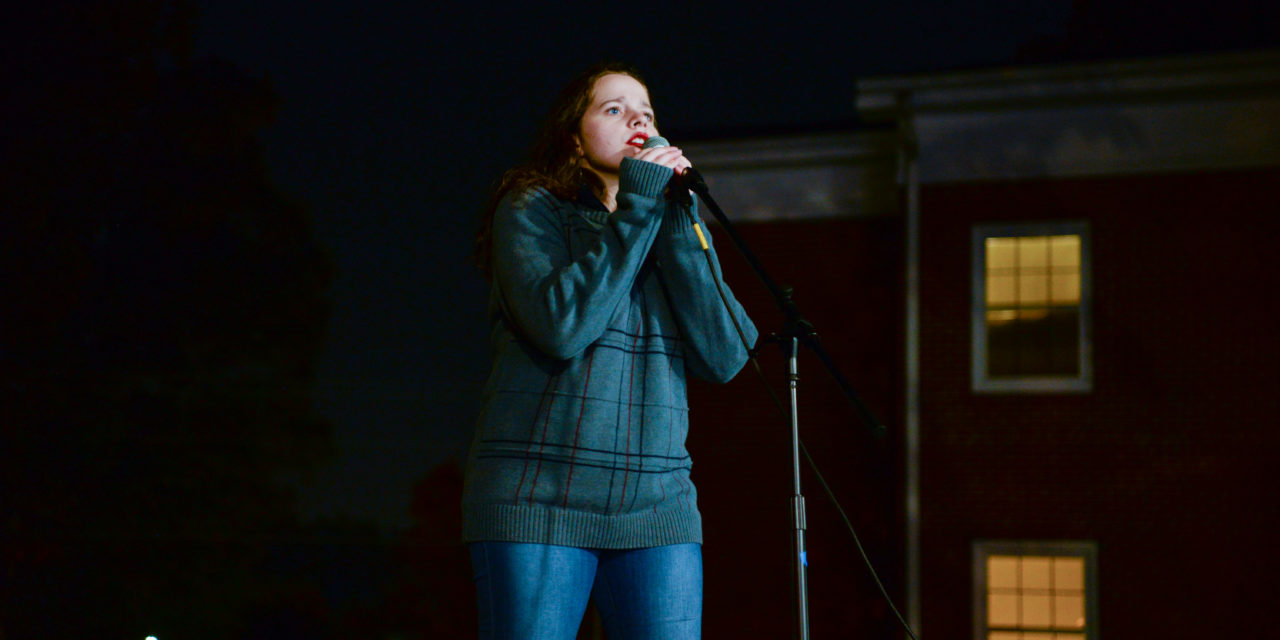 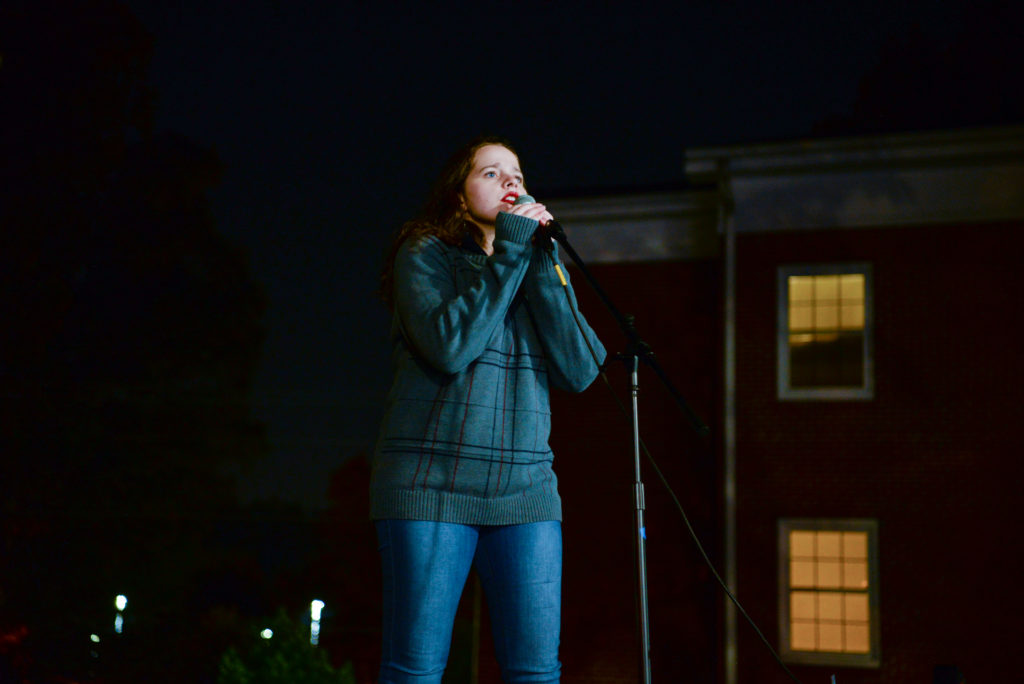 Friday’s 40-degree temperatures weren’t enough to stave off the masses from Symposium XI, as eager students filled the backyard of the Alpha Tau Omega (ATO) fraternity house to see their peers perform. Symposium is an event hosted every semester by ATO and The Pulse, a student organization that supports artistic expression for Emory students. This semester’s Symposium took place on Nov. 1 and featured 17 live performances as well as a visual arts display on the patio.

Throughout the event, attendees circulated the patio and yard to view the numerous works of art, which included original paintings, photography and pottery. The art showcased a wide variety of styles and mediums, from inked sketches of nature to more abstract oil paintings. Additionally, copies of The Pulse’s annual publication, The Anthology, were available for students to peruse. The Anthology includes short stories, poetry, nonfiction and visual art created by Emory students and speaks to the wide variety of creative talents that Emory students boast.

Omar Obregon-Cuebas (21C) and Iman Ali (18Ox, 21C) emceed the event, introducing performers and providing entertaining commentary while acts were setting up. Both students performed in the show as well, with Obregon-Cuebas reading some of his original poetry, including a poem titled “What Does It Mean to Be a Brother?” Ali performed a cover of “Figures” by Jessie Reyez. The show began at 9:30 p.m., led off by Gabrielle Ruban’s (22C) cover of rock band Halestorm’s song “I’m Not an Angel.”

Other notable performances of the show’s first half included Mekhi George’s (19Ox, 21B) fiery performance of his original song “Maybe” and Brian Shan’s (21C) rendition of the Matthew Scott song “Mirrors,” accompanied by electric guitar. Shan’s guitar-playing skills were made abundantly clear as he managed to demonstrate some impressive solo work even in spite of the cold. Liam Harvey (22C) even took to the stage to do a stand-up routine, with most of his jokes landing well with the audience.

A series of duets toward the end of the show drew some of the most enthusiastic cheers of the entire night, reinvigorating the audience, which, by that point, seemed tired and chilly. Ironically, the two performances were near opposites of each other, with Haley Schreiber (20C) and Jamie Epstein’s (20C) explosive take on Victorious’ “Take a Hint” juxtaposing Jack Rowland (23C) and Eli Mars’ (23C) impassioned acoustic cover of Leon Bridges’ “River.”

The event closed on a high note with a massive vocal performance from Neha Gundavarapu (22B), who also performed the finale for Symposium X. The power and vocal range of her voice made her a compelling closing act. Judging by the immense cheering that she received, the audience was just as impressed as I was.

The show did have a few minor issues, especially with the microphones cutting out occasionally during performances. Additionally, the informal setting meant that audience members were constantly coming and going, and the crowd’s noise sometimes overpowered the performer, especially during some poetry readings and dance numbers. Despite these issues, Symposium’s 11th installment was another considerable success for The Pulse, effectively showcasing the remarkable talent of Emory’s student body.