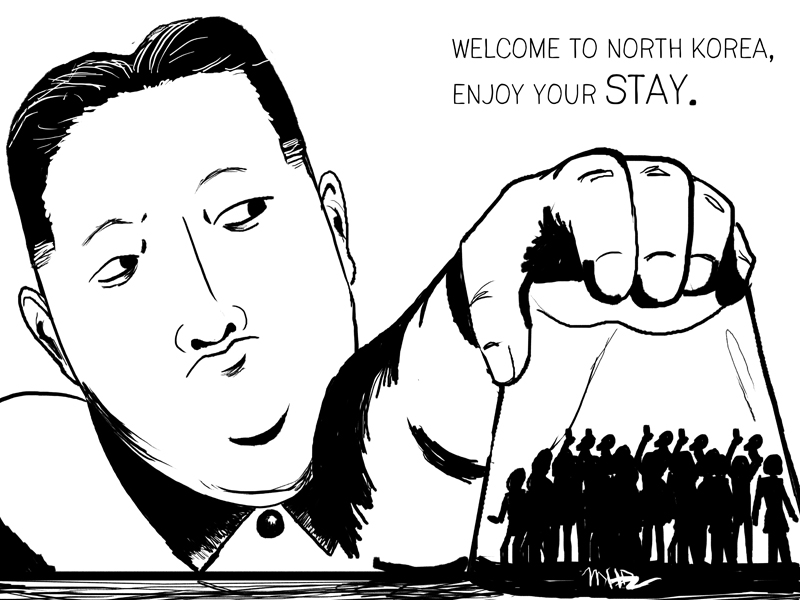 The United Nations Commission of Inquiry released a 372-page report on Monday after a year-long investigation detailing human rights in North Korea. In addition to the Commission’s report, Human Rights Watch released a video, “North Korea: Tales from Camp Survivors,” focusing on North Koreans once incarcerated in political prison camps.

Essentially, both the report and the video reveal that human rights in North Korea do not exist. This fact, however, should not come as a complete shock to the world, considering this is the same government in which Supreme Leader Kim Jong-un executed his own uncle, Jang Song-thaek, last December.

According to the report, crimes against humanity under international law entail: “(a) Individuals must commit inhumane acts with the requisite criminal intent; and (b) These inhumane acts must form part of a widespread or systematic attack directed against a civilian population […] [and] the attack must be pursuant to, or in furtherance of, a state or organizational policy.”

Based on the findings and witness accounts by the Commission and Human Rights Watch, the North Korean government has, without question, violated both elements.

Imprisonment of North Koreans by their government does not adhere to the basic principles of due process, as prisoners are prohibited from inquiring about their crimes. They do not receive judicial court hearings, and therefore are never formally charged, convicted or sentenced to their imprisonment.

Their citizenship rights are removed and the prisoners are detained in remote political prison camps that do not officially exist. Once in prison, those incarcerated endure living conditions created with the intent to bring about mass deaths.

Deaths are brought about by executions, torture, denial of medical care, work accidents, lack of shelter and lack of appropriate clothing, in addition to death by starvation resulting from the combination of grueling labor and food rations.

In an interview contained in the video, a former North Korean police official confessed: “The camps are a living hell […] When I saw the lives of the prisoners, I’d be the first to kill myself if I had to live there.”

Torture so vicious, prison guards spit phlegm into prisoners’ mouths’ and beat them if they gag. Children so disfigured due to malnourishment, which makes their heads grow big while their bodies remain tiny and thin.

Starvation so severe prisoners eat the corn from cow dung just to survive another day. Executions so tragic prisoners’ mouths’ are shoved with pebbles, their faces covered with rags and patches placed over their eyes before they are tied up to a stake and shot in the head, chest and belly.

Yet among such terror, tears so absent because family members and friends are prohibited from crying at such executions, unless they themselves want to share a similar nightmarish fate.

These are the details revealed by the survivors in the video. The treatment of prisoners and the conditions in which they are forced to live, or more accurately, die, at North Korean political prisons demand urgent attention. For decades, the North Korean government has committed inhumane acts against its people. Too much time has passed without an adequate response from the international community to address such crimes.

The Commission has called on the United Nations Security Council to take action against those most responsible for the crimes against humanity.

These are necessary measures that the Security Council should follow through with. It is vital that they enforce accountability by the North Korean government for the crimes against humanity that have been and continue to be committed against its own people.

As concluded in the Commission’s report: “The gravity, scale and nature of these violations reveal a state that does not have any parallel in the contemporary world.”

The North Korean government should not expect they can simply make the details within the report and video vanish using Photoshop, as they did to Kim Jong-un’s uncle in photos after his execution. The Hermit Kingdom must be removed from its shell of secrecy and face the repercussions that are long overdue.