Not long ago this year’s freshmen, myself included, participated in the sophomore housing selection. It was not a pleasant experience. First, I had to scout the different dorms. It was hard to imagine leaving the asbestos-free walls, glorious showers, even-tiled bathrooms, thermostats and spacious lounges of Longstreet-Means. It’s hard to move on after experiencing such luxury, especially to the stink and squalor of a dorm like Alabama.

Along with many of my fellow freshmen, I rushed an Sophomore Adviser (SA) application with Longstreet marked as my first choice. It was rejected. And so, faced with the dreary prospect of Complex or Woodruff, I began to bite my nails in fear and anticipation. I also began to plan for the worst – an assignment to Alabama. I drafted an email with an excuse for not being able to live on campus next semester and prepared to send it, weighing my options.

Essentially, the plan was to live for free on-campus. Between the libraries, the DUC, other dorms and various secret hiding places on campus, I figured I could survive on campus without actually paying the exorbitant rent Emory demands for those death-traps they insist on calling dorms.

I acquired a sleeping bag, drafted plans for a hammock, got some Goretex boots and began asking around. My question: do you leave your room unlocked on a regular basis?

My plan was to stash various supplies in my friends’ rooms around campus and retrieve them as needed. Laundry could stay in the Longstreet laundry room, where the honest inhabitants would never dream of stealing or otherwise discarding my scavenged collection of second-hand clothes. My books would be a trickier subject, although I’m sure I could set them carefully among the less-perused volumes in the stacks – perhaps the tomes on psychothermodynamics. The more important textbooks I would keep on me or stash in my secret lair.

My plan was about to come to fruition when a good friend forbade me to carry out my plan, telling me it was my inevitable fate (doom, some would argue) to room with him. So, just like that, my plans were thrown out. Eventually, a space opened up for us in Complex.

Of course, my guitar was the real disqualifier for this plan: I could never bear to fall asleep without her tucked safely underneath my bed – that’s where she’ll be all of my sophomore year, on the second floor of Smith Hall.

Jonathan Warkentine is a College freshman from Almaty, Kazakhstan. 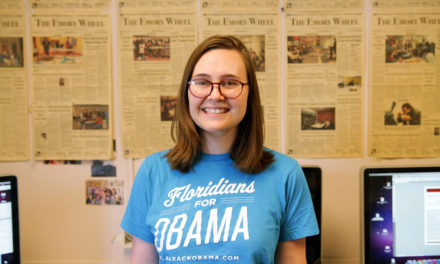