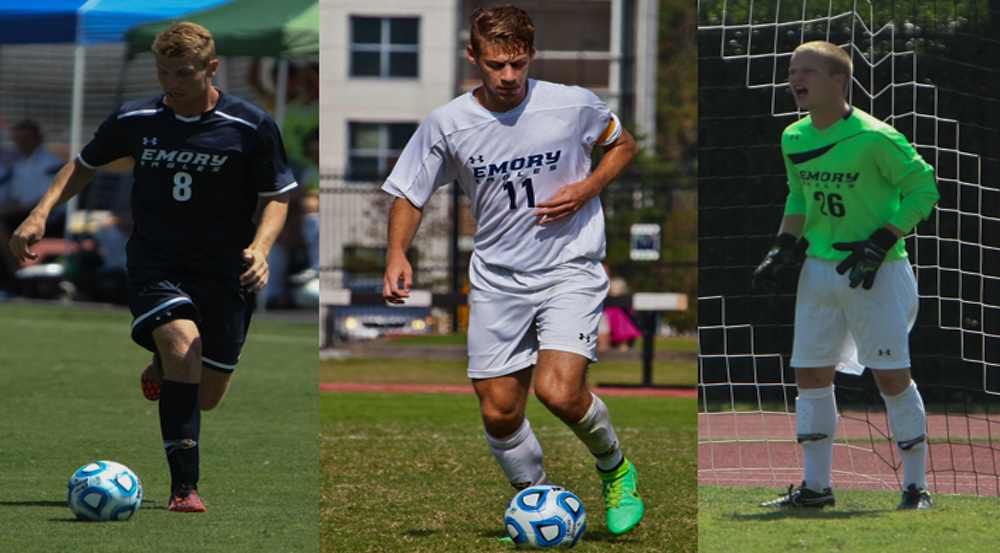 The heat of the summer has yet to leave us behind but the Emory men’s soccer team is ready for an exciting season. Kicking off tomorrow night at cross-town rival Oglethorpe University, the players and coaches are hoping to build on last year’s successful season.

Last year saw the team finish with 13 wins, four losses and a pair of ties, with a 3-3-1 record in conference play. The Eagles played well enough to earn a NCAA tournament berth, which ended in a gut-wrenching loss to Berry College in double overtime.

Despite the heartbreaking end to last season, junior midfielder/forward Jason Andrejchak said the loss has been a great motivator for the team. According to Andrejchak, several team members, including him, have circled that game on the schedule. The Eagles play the Vikings on Sept.19.

Emory Head Coach Sonny Travis insists that the team is going to take the season one game at a time. That being said, he is optimistic and excited about the upcoming season.

“Last season, we were a young team,” Travis said. “This year we have a lot of starting experience, especially in the senior class, and that should be huge for us down the stretch.”

He added that he expects the veteran defensive leadership, as well as the presence of senior Abe Hannigan at goal, to be especially important this season, although he doesn’t discount the influence of reigning team MVP and leading goal scorer senior Sebastian Hardington and senior defender and captain Matt Sherr.

Andrejchak believes the keys to the team’s season are: “fitness, teamwork, chemistry and focus.”

He went on to praise the new freshmen class, adding that building chemistry with the new additions to the team would be huge for the upcoming season.

Travis echoed Andrejchak’s sentiments, naming defenders Evan Floersch and Aidan Datene and midfielder Moustafa Khattab as a few of the new guys that he expects to contribute right away.

As for expectations this season, Andrejchak said he believes this team can not only make the Division III NCAA tournament, but also win several games once they make it there.

“I really think we can make a deep run with this team,” Travis agreed.

With the experience and depth on the team this season, as well as the addition of strong new players, it’s hard to see the Eagles do anything but make waves come the NCAA tournament in November.

The Eagles are set to open their season at Oglethorpe tomorrow night at 7:30 p.m.