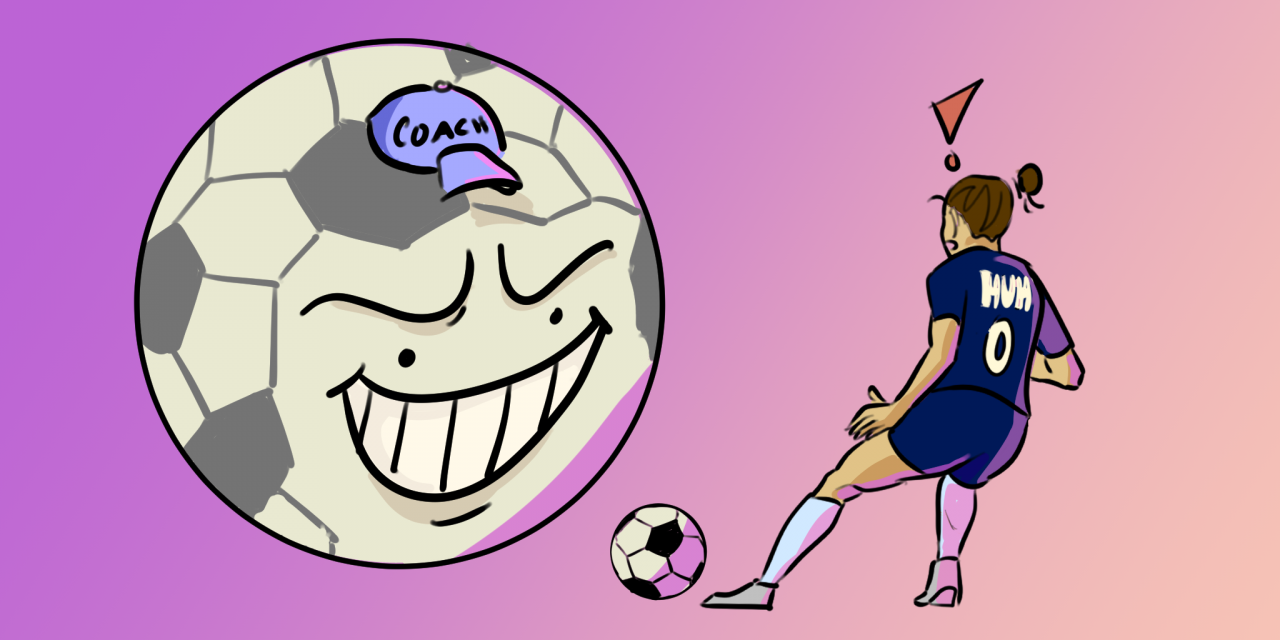 The NCAA college recruitment process is like running a marathon. It seems never-ending in the moment, but arriving at the finish line of committing to a dream school is extremely rewarding.

While the common misconception may be that athletes have an easier path to getting accepted because they forgo a “traditional” application process, athletes face unique demands and stressors, especially during the pandemic.

Many athletes looking to pursue college sports were negatively impacted by the COVID-19 pandemic. Without in-person events, identification (ID) camps, official visits or sporting events, athletes and recruiters struggled to connect with one another. Coaches resorted to recruiting athletes through highlight reels and practice footage, while athletes relied on phone calls and virtual tours to determine where they would spend their college career.

The pandemic did not affect my recruiting process with Emory, but it decreased the number and variety of schools I considered. I was fortunate to begin contact with women’s soccer head coach Sue Patberg after my last showcase event before the pandemic during my junior year of high school. I took my official visit to Emory at the end of February, where I explored Emory’s campus, participated in the ID camp, spent quality time with the current players and got to know the coaches.

Even though I was content with my visit to Emory, it would turn out to be one of few in-person experiences I had during my recruitment process. Two weeks after my visit, the pandemic forced  my high school to switch to a virtual curriculum. My club team was no longer training, and my recruitment status became more uncertain. In-person experiences make all the difference when deciding among schools, as they help athletes determine whether or not they see themselves belonging on a campus. Without them, I was nervous I would not find the right school for me.

I continued to train by myself at home and maintain conversations with a handful of coaches, including Coach Sue with whom I particularly connected. Emory continued to stand out since I had bonded and stayed in touch with the players I met, and by the summer before my senior year, I was certain Emory would allow me to thrive as a student athlete.

I verbally committed to Emory in June and soon after, I had been accepted through Early Decision I in December. The recruitment process was finally over, and a huge weight lifted off my shoulders. While the other incoming freshmen and I were unable to visit Emory together, over the next several months we followed each other on social media, created group chats and met over Zoom to get to know one another before our preseason began in August.

My fellow Emory athletes also struggled with their recruiting processes. Erin Martin, a freshman forward on the women’s basketball team, was limited to virtually showcasing her talents to potential coaches.

“So many tournaments where coaches would have been able to see us play were canceled,” Martin said. “I was mainly getting recruited off of workout and training videos.”

Martin also struggled with Division I recruitment as most of the schools she had been talking to had to halt all conversations due to the extra year of eligibility and increased transfer portal. When her other prospective schools went silent, Martin said that Emory leaped to the top of her list because of her interactions with the team.

“Emory didn’t have any of their seniors staying for an extra year,” Martin said. “They also really cared about me as a person rather than an athlete which made it very easy to connect with them. They were able to separate themselves a significant amount from the other schools I was talking to in the UAA which really made me want to attend this school.”

As a result of the pandemic, the quiet period was also extended by Division I schools. This is the time in which schools are prohibited from contacting high school athletes or traveling to see them play. Outfielder Matthew Sicoli, a freshman on the men’s baseball team, was particularly impacted by this extension, leaving him with just highlight reels to share with coaches and limiting him to interact with the schools in-person.

“The [baseball] coach emailed me and told me he had seen videos of me playing,” Sicoli said. “I had to do a virtual tour of the campus as well as Zoom meetings to meet the rest of the players and staff. It was hard not getting the true intimate experience.”

Freshman defender on the men’s soccer team Ben Howell, who graduated high school in 2020, took a gap year before enrolling at Emory to dodge the pandemic’s effects on both his academic and athletic experiences.

“When they made the announcement that soccer would be canceled, classes were all online and all freshmen were in single rooms, I started thinking about a gap year,” Howell said. “I hadn’t considered taking one prior to COVID, but after I talked to my family, I had a call with our coach, who was very supportive of it.”

Although untraditional, the conversations and interactions all three athletes had with their respective coaches and future teammates gave them the clarity they needed to commit to Emory.

Looking back on my own recruitment journey and all the stress I endured in the spring and summer of 2020 — setting up phone calls, establishing college lists, creating highlight reels and being unsure of where I would end up — I would not change anything for the world. Although I count myself as one of the many student athletes whose recruitment processes and experiences the pandemic took a huge toll on, I can definitively say that I am proud to be an Eagle.