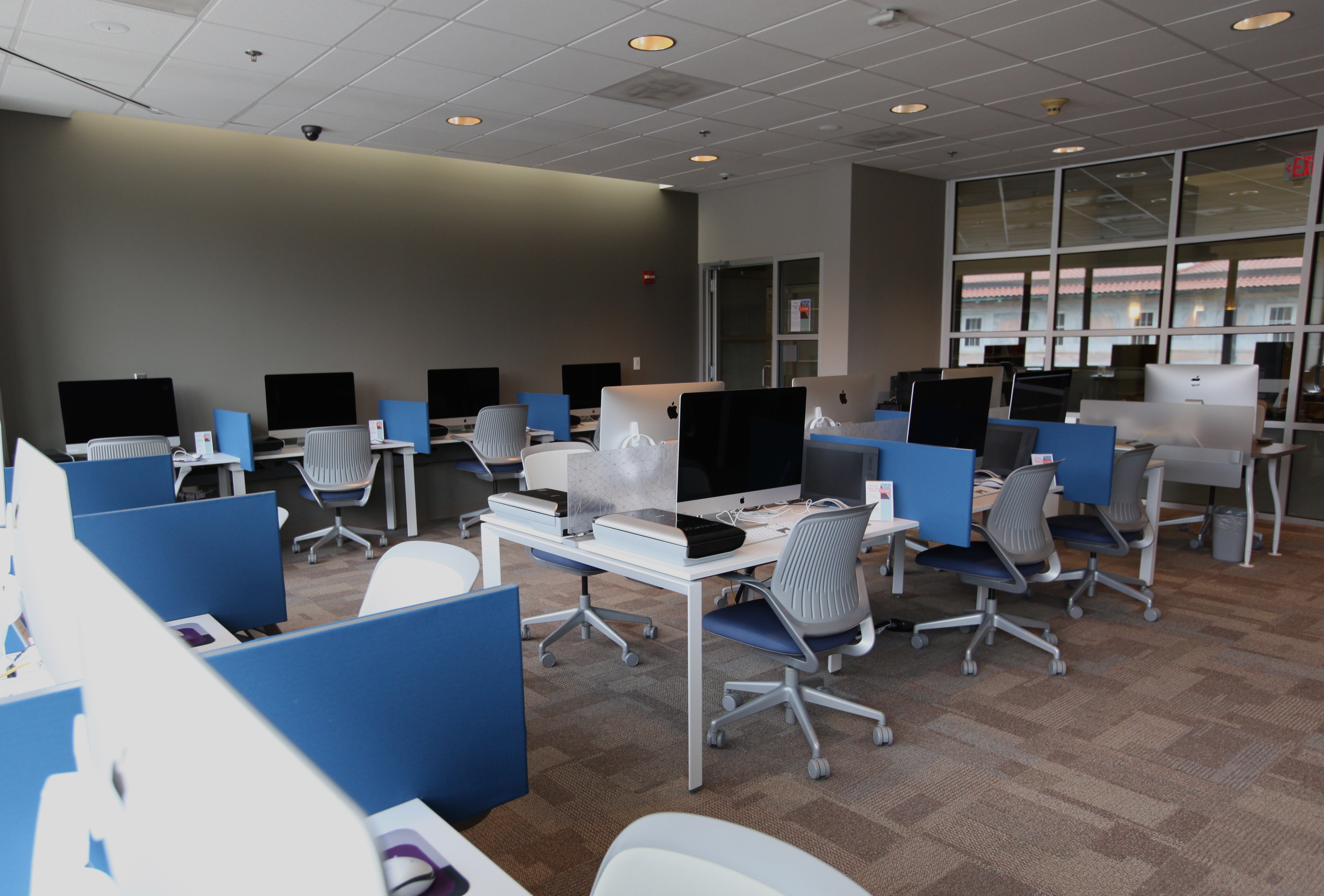 A new multimedia lab, equipped with high-end software and wireless school-wide printing services are just two of the newly available technological resources for students this semester, due to the efforts of Student Digital Life (SDL).

SDL, part of Emory’s Libraries and Information Technology Services, manages a variety of technology spaces and services for students. This year, SDL has also enhanced the Student Technology Support (STS) services, as well as TechLab, a research and development space that is often used for 3D printing.

These changes were largely brought on by SDL’s annual technology survey, according to SDL Manager Tony Shiver.

“Through conversations with students and the survey, we found out that [students] want access to professional software, high-end hardware as well as support and training,” Shiver said.

Students who are unfamiliar with these creative softwares should not be discouraged — the MediaLab is also equipped with student technology specialists. These specialists are on call from 12 p.m. to 8 p.m. Monday through Friday to help students utilize the resources in MediaLab.

“It’s one thing to download a tutorial,” Shiver said. “It’s another to provide expertise.”

These specialists, many of whom are students in the department of Film and Media Studies, have training and knowledge of nearly all Adobe software and have demonstrated experience using these applications, according to Shiver.

College senior Rebecca Han is a student technology specialist who became involved in working at MediaLab this past summer. Han is a film studies and political science double major and is involved in Rathskellar, Emory’s improv comedy troupe.

“I’m excited to use the space for video and even for Rathskellar,” Han said.

In addition to in-house specialists, MediaLab’s other support and training services provide multiple resources for students seeking to learn about and grow their computer design, editing and development skills.

Both Shiver and Kyrychenko are hoping more students will use MediaLab.

“Part of the success of this space will be getting the word out and helping students understand the resources available here,” Shiver said.

Shiver and Kyrychenko described plans to hold a workshop at some point in the future on how to use some of MediaLab’s resources and computer programs. They said that one such workshop might be on creating promotional posters for a club using Adobe software.

“It’s an evolving space,” Shiver said. “The space it becomes depends on what students tell us they need.”

STS moved from the Computing Center at Cox Hall to the first floor of Woodruff Library.

“We observed that increasingly, students in the Woodruff Library Learning Commons used their own devices to study, create content and conduct research. The SDL Annual Student IT Survey confirmed that observation.” Kyrychenko said. “As we continued to develop space in support of the growing BYOD (bring your own device) culture on campus, it has been recommended that STS move to Woodruff Library.”

Across from Peet’s Coffee and Tea, STS mimics an Apple Store Genius Bar. Students with technical problems can pull up a stool and speak with a trained technology specialist about issues ranging from personal device malfunctions and game console registration to EmoryUnplugged setup and virus checks.

SDL has also introduced a new consolidated printing service this fall known as EaglePrint. With this campus-wide printing service, students, faculty and staff can print from campus computers and even their personal laptops and to more than 60 print stations on campus, including those in freshmen residence halls.

“[There is] consistency and simplicity of the printing service campus-wide through standardization of the printing hardware,” Kyrychenko said. “The numerous and varied models of printers that the students had to learn how to use were replaced by the same models for black and white, color and multifunction printers throughout the campus.”

Unlike the previous printing system, EaglePrint does not require that students install print drivers for each printer location. Students attempting to print from their devices will only need to choose from one of two options: EaglePrint Black and White or EaglePrint Color. They can then access their print order from any of the established printers on campus, except for those in the Goizueta Business School.

Academic Technologist Robert Kruse said that he’s already experienced students benefitting from EaglePrint. While he was at the Student Activity & Academic Center (SAAC) troubleshooting a paper jam, a student sent a print job from one of the workstations there to print.

One SDL service that has been utilized since its inception in January 2015 is TechLab, a research and development space located in the Computing Center at Cox Hall. TechLab provides 3D printing and 3D scanning services.

“Students come to us with a 3D model that they made or found on a 3D printing repository,” said College junior and TechLab staff Bharath Shankar. “We go through an intake procedure and help them figure out what they want exactly. We’re starting to offer services where you can come in and do it almost all yourself.”

Shankar, who just started working at TechLab, this semester, first came to TechLab last year because he wanted to print a 3D version of electronic music duo Daft Punk’s helmet.

Shankar said he found a model online of various pieces of the helmet and started printing in February 2015. The 3D printing for Shankar’s project is still in progress. He has 23 of the helmet’s 42 pieces completed and often must print certain pieces multiple times for consistency. While Shankar hopes that the printing process will be completed by the end of this semester, he plans to take the remainder of the school year to screw the pieces together, get it painted and even put an LED array and electronics inside the helmet.

Around 200 other people have utilized TechLab’s 3D printing capabilities since it opened, according to Emory Report. The 3D projects range from a bottle opener to a Pokemon to the House Stark logo from “Game of Thrones.”

“TechLab is also involved in academic projects,” Shankar said. “It’s working with the college’s museum to reconstruct what pottery pieces would have looked like. It also made models like neurons and a brain for the National Institutes of Health … One professor even had his class come and print things out.”

Shankar, who is a neuroscience and behavioral biology (NBB) major, said that his work in TechLab ties into his professional aspirations. He wants to go into the neuroprosthetics field, creating artificial limbs and organs that are directly interfaced into the nervous system. According to Shankar, professionals in the field are increasingly using 3D printers to try and create arms and legs.

“I want to learn how to get these prosthetics affordable to people who need [them through] 3D printing,” Shankar said.