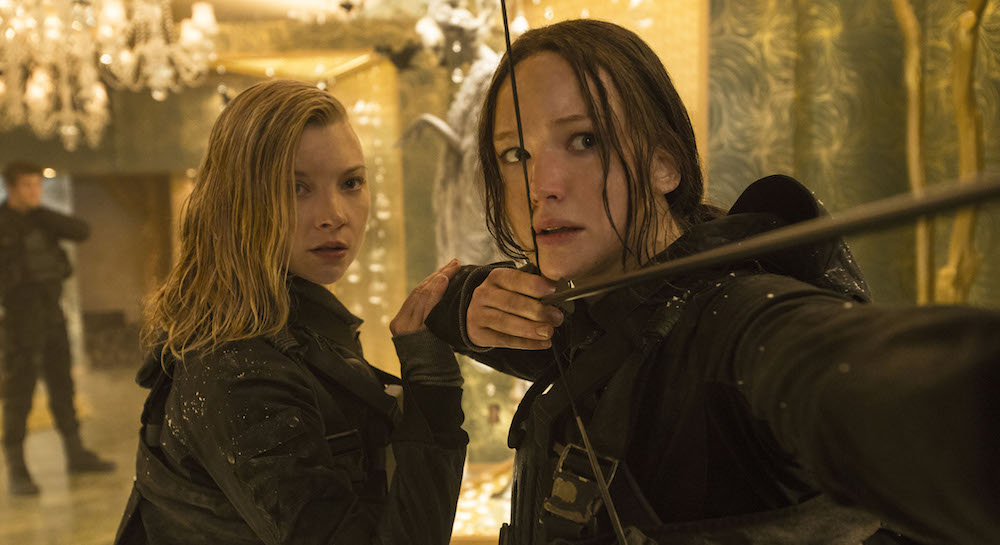 In November 2014 in Thailand, citizens protesting the military takeover that overtook the civilian government raised their hands in a silent three-fingered salute, eerily similar to the way that District residents do to show their support Katniss Everdeen in The Hunger Games trilogy of novels, upon which the films are based. The resonating power of that particular display was felt in the shockwaves that swept Thailand, and later, the world. It then becomes difficult to critique the films based on this trilogy; there is always the danger of their popularity overshadowing their worthiness and quality. However, the three released films — The Hunger Games, Catching Fire and Mockingjay: Part 1 — collectively grossed about $2.25 billion worldwide; clearly, there are people who’ve found them intriguing.

If I’d been even half as expectant (as the aforementioned people who found the films intriguing) of a good film adaptation (or even just a good film) prior to watching Mockingjay: Part 2, I’d be a little disappointed. Not bitterly or sorely disappointed, but disappointed nonetheless.

Directed by Francis Lawrence (I Am Legend), the film is about the dystopian universe based in a post-war-like America where one president (Donald Sutherland) rules the rest with a callous iron fist, commandeering games where children kill each other for survival. One teenage girl, Everdeen (Jennifer Lawrence), and the people who believe in her, want to make things right.

However, the film failed to deliver what the anticipation in Part 1 had built up to. There was no momentum pushing it forward, making it seem disjointed while tip-toeing around a ticking bomb, where only the action sequences served to push the film forward. Admittedly, the second half of the film and its ending (with the exception of the epilogue) did finally propel the scenes into action, but by then it was too late to overcome the lethargy set up in the first half. However, the signature gruesome undead scenes that Lawrence specializes in fascinated for the way they flowed, and were definitely some of the most resounding scenes in the film.

Writers Peter Craig, Danny Strong and Suzanne Collins (the author of the books that this franchise is based on) succeeded where Lawrence failed. The portrayal of civil war and the haunting toll it takes on the people of this fictional world attempted to coerce the viewers into thinking about the fractious nature of the world today, and, mostly it was successful. Also with a film adaptation of a book come the perils of dialogue being stilted, or badly changed. That was not the case here, because although the scenes were disjointed, the descriptions of sorrow and violence in them were stark, hard-hitting even.

Part of the credit for those deliveries should go to the actors, but here, where the raw, emotional unstability of Peeta Mellark (Josh Hutcherson) deserves it, the apathy of Everdeen fails, which is surprising for an actress with her pedigree and the famous “crazy” that she brings to the screen. The rest of the star cast, including Sutherland, Julianne Moore, Philip Seymour Hoffman and Woody Harrelson, gave acceptable performances, but Hutcherson definitely stole the show. The ending had to be altered from the book as Hoffman recently passed away, and his character would have tied things up, which left me mourning the negligible screen time he got. Overall, besides Lawrence, each actor brought some emotion to the forefront of the film.

I expect the film to be a commercial hit, but it definitely lacks in the emotion and direction that would have made it a truly great adaptation.