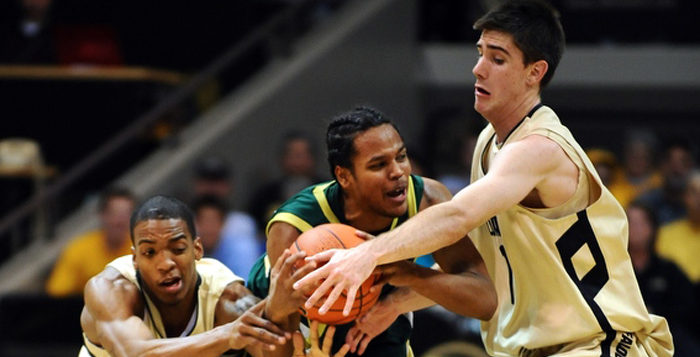 National Collegiate Athletic Association (NCAA) president Mark Emmert recently dismissed the notion of “pay-for-play” this past December, stating that, “There’s certainly no interest in turning college sports into the professional or semi-professional.” With all due respect to Emmert, he could not be more wrong. The question is no longer whether student-athletes should be paid – it’s through what avenues. The NCAA has attempted to paint it as a black-and-white situation, with players on one side demanding professional salaries and the NCAA on the other side trying to uphold traditional amateur athletics – they know anything short of that caricature would be their downfall. This is not the case, and with the rash of lawsuits, public scrutiny into the unsavory operations of big-time athletics and potential intervention from Capitol Hill, it behooves the NCAA to find a common ground before it faces extinction.

The traditional arguments for “pay-for-play” revolve around the obscene amounts of money that collegiate programs rake in and demand that the people who generate such revenue be compensated fairly. Before I proceed, it is important to note some of these arguments are only applicable to athletes in men’s college basketball and football.

The Northwestern ruling affirming the rights of the university’s football players to unionize will be hard to overturn in the subsequent appeals due to the lack of legal precedents and sets the framework for future conflicts at other private universities. Regional Director Peter Ohr hammered home the point that student-athletes had obligations and expectations from the university that equaled and even eclipsed those of standard employees. The ruling treats football players as standard employees, which raises questions about the other rights of employees that are inhibited by the NCAA and its member institutions – namely the right to work other jobs, profit off of their own image and likeness, determine their own housing arrangements and to workers’ compensation benefits for injuries. As the ruling anticipated an appeal, it’s highly unlikely that it’ll be overturned according to legal experts such as Lester Munson – meaning that this is the landscape college athletics will face soon. While this applies currently only to private universities, this will force the hand of public universities soon enough, as I will detail in the later part of this ​article.

Now, why does this matter? The argument made by Emmert (and what some consider a strong rebuttal) is that it is called amateur athletics for a reason – these players should feel fortunate to not be saddled with student loan debt and consider a degree from a university more than adequate payment for their services. In light of the Northwestern ruling, some have even called for the players to be taxed on their scholarships since it would be considered compensation. These arguments are completely oblivious to the data behind the situation.

Let’s start with the revenues issue. Northwestern’s program, which is far from elite, generated $235 million over a period of 10 years starting from 2003. The six automatic-qualifying conferences will rake in approximately $16.1 billion in television revenue alone by the year 2032. The NCAA itself reported $627 million in net assets as of last year. According to a 2011 report, the average Football Bowl Subdivision (FBS) football player is worth $100,000 per year, and the average basketball player at that level is worth approximately $265,000 per year, while the average athletic scholarship doled out in 2010 was worth $10,400. Research also shows that when a football team rises from mediocre to great, applications to the university rise by 18.7 percent. There is absolutely nothing amateur about those numbers – the NCAA can’t claim that they are protecting amateur athletics when their financial decisions have done nothing to reflect that philosophy.

Clearly these student-athletes in men’s football and basketball are not adequately compensated with their scholarships – but are they even reaping the benefits of a college education? The Northwestern ruling shined a light on the strict regimen that the coaches had for players. You can hardly expect players to take advantage of a scholarship when they spend 40-50 hours a week practicing and are beholden to their coaches when they’re not on the field. Also, a dirty secret colleges don’t want publicized is that these scholarships are on a per-year basis and do not have to be guaranteed for the full four years – the coach reserves the right to cut the player and eliminate the scholarship for any reason, including injury. One of the most prominent athletics programs, the Alabama football team, had over 20 players leave by choice or force between 2010-2011 and jettisoned at least 12 athletes due to “medical reasons.” A coach can also leave for another opportunity whenever they wish, while athletes will have to sit out a season or two if they wish to transfer, jeopardizing any professional aspirations and taking away from the earning years of their lives. Just to summarize, the only compensation the majority of these players receive – an athletic scholarship – is rarely utilized to its capability and is liable to be taken away at any moment and is held to a stricter standard than the contracts their coaches sign.

I’ve debunked the myth that these student-athletes are anything more than glorified employees, and also the myth that they’re adequately compensated. The last obstacle, of course is why the NCAA must modify its system to remunerate its athletes. The reason is very simple: The NCAA must do so, otherwise it’ll become defunct in the near future. If we are to hold that the Northwestern decision will alter the landscape for private universities, public universities will be forced to follow suit despite state labor laws if they hope to attract any athletes who will maintain their lucrative television deals. This will put them in direct conflict with current NCAA rules, which will lead to either the NCAA altering those rules or having its six major conferences leave to form their own organization. In this situation, it is better for the NCAA to be proactive rather than reactive, lest they be blindsided by the mass exodus of programs. The revenue will continue to come in as long as sports is played, regardless of what organization the teams are affiliated with.

This is where the characterization of “pay-for-play” comes in: this is not intended to argue that players should be offered a professional salary for their services. It would not be economically feasible, and many of the programs would go under. Rather, the players should be paid as any other employee has the rights to – besides the compensation of a scholarship, they should be entitled to workers’ health benefits, have guaranteed four-year scholarships, be offered a schedule that allows them to take relative advantage of those academic resources and be allowed to profit off of their own image. There is a latent hypocrisy when Johnny Manziel was investigated for signing footballs for a payment, when one simply had to type in “Johnny Manziel” in the NCAA online store to get an image of a Texas A&M jersey with his number 2 on it. Ultimately, these are changes that the NCAA needs to make to ensure the best for the student-athletes they represent and for their own existence moving forward.