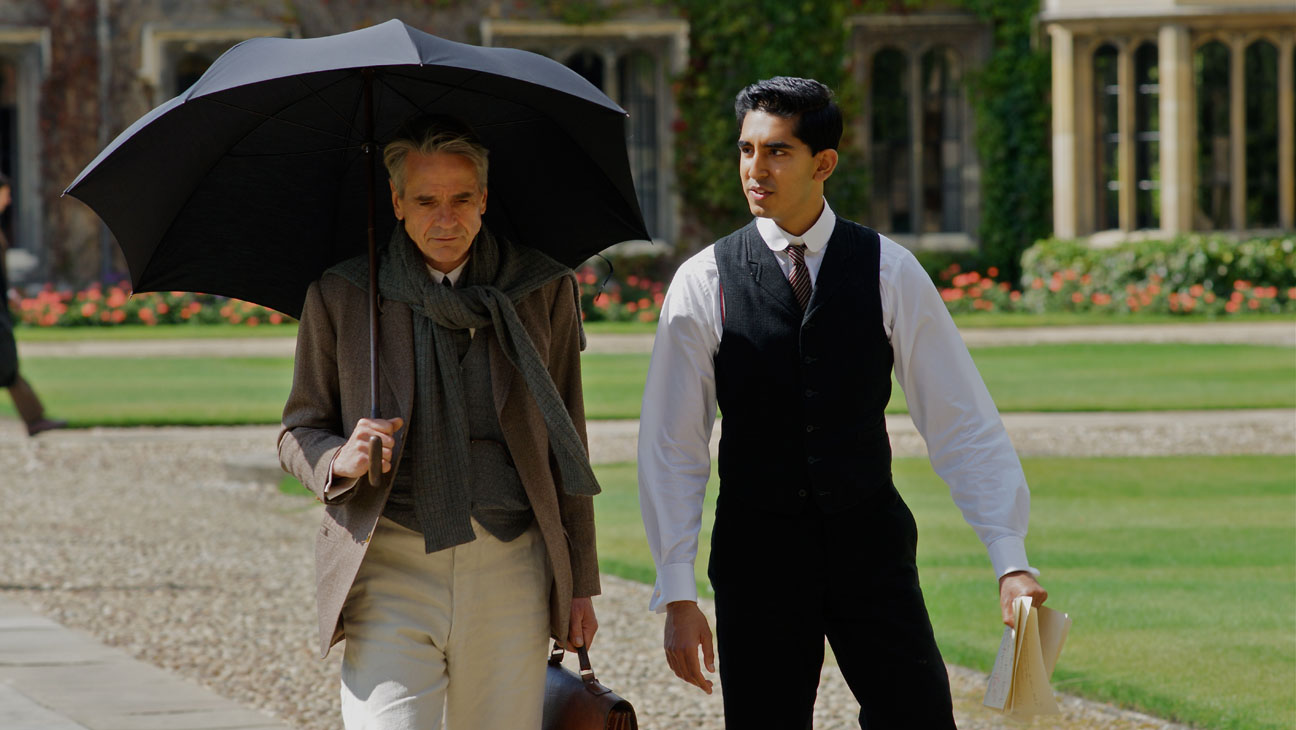 Inspired by the eponymous Robert Kanigel book and written and directed by Matthew Brown, The Man Who Knew Infinity is a masterpiece of cinema. The film tells the story of Srinivasa Ramanujan, a brilliant mathematician from Madras, India who was the first Indian Fellow at University of Cambridge. He developed theories and formulae that continue to confound mathematicians a century later and are being used to research black holes and string theory even today.

Comparable to the likes of Albert Einstein and Isaac Newton in brilliance, Ramanujan was born into a poor Brahmin family in South India, and he was later invited to Trinity College of Cambridge at the age of 27 by the famous mathematician and author G.H. Hardy. The Man Who Knew Infinity is undoubtedly about Ramanujan’s journey of facing hardships and prejudice in Britain, but more centrally, it is a film about his friendship with Hardy and the ways in which Hardy’s life was heavily influenced by the deeply spiritual Ramanujan.

Dev Patel (Slumdog Millionaire, Skins) plays a nuanced Ramanujan. His accent and acting are both deliberate and debilitating in a way that matches Ramanujan’s exalted ideas and deteriorating health. This is a somewhat dialogue-heavy film, and Patel delivers each line with a conviction that is pleasantly surprising and reminiscent of traditional cinema in a way that makes one think about microaggressions, ascriptions on intelligence and instances of racism prevalent today. Brown depicts Ramanujan’s adherence to his religion and his connection with God, which he claims is the source of his theories and formulae, in a smooth and flowing linear narrative.

There are some very conscious directorial and casting decisions here: Jeremy Irons (The Lion King, Reversal of Fortune) under Brown’s compass delivers the role of Hardy, an atheist and a genius, with astounding clarity and superb, subtle acting. His initial prejudice, cabalism to logic and method, anger and eventual gratitude towards Ramanujan, as well as friendship and humility, are heart-warming to watch. The way in which the most impactful lines are conveyed, the most minute expressions shown, is the epitome of a man who is a master of his art. Accompanying him is an equally diminutive Toby Jones (Harry Potter, Doctor Who) who plays J.E. Littlewood — but the diminution is, as with all other decisions in this film, deliberate. Littlewood is Hardy’s friend and collaborator for a long history of important mathematical publishing.

Humor is an important tool to break the tension between Hardy and Ramanujan that is so tangible (the character of Bertrand Russell played by Jeremy Northam helps); the dialogue creates a space for their characters to not only breathe but also be clear and effective:

Hardy also states, “I’m an atheist; I don’t believe in God,” to which Ramanujan says, “No, you just believe that God doesn’t like you.”

A delightful surprise is debut actress Devika Bhise, who plays Janaki, Ramanujan’s wife. In a film saturated with men, she stands out with her performance that varies among feelings of desolation, love and pragmatism. Her connection to Patel’s character is shown beautifully. Another strong presence in the film is Arundhati Nag, who plays Ramanujan’s mother. In an area in India where matriarchs rule the most important decisions in the family, she is the stout, devout nemesis to Bhise’s soft, sad Janaki.

If there were one complaint, it would be with the screenplay. While some scenes are filmed in a way that is  reminiscent of ‘70s cinema, some back-and-forth scenes, especially towards the end, confuse the audience slightly. It is something that jars the otherwise smooth progression of the story.

While in its essence sympathetic, this film is nevertheless provocative in its evocation of race, family, love, friendship and genius. The genius is present in the film’s ability to rouse reminiscence of an era of instability, to rouse in me today a growing frustration that Microsoft Word recognizes the names of Newton and Einstein but not Ramanujan. It is present in the transcontinental threads of human connection that join Hardy and Ramanujan and Hardy’s belief that “we are but explorers of infinity … these theorems and formulae already exist … it is up to us to discover them.”

Professor Ken Ono, the Asa Griggs Candler Professor of Mathematics at Emory, was one of the chief consultants on the film. The Man Who Knew Infinity releases in theatres April 29.