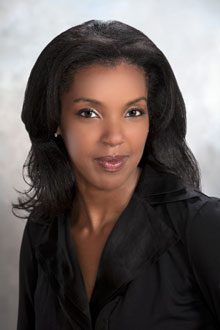 Erika Hayes James has been appointed as of May 19 to serve as the Dean of Emory’s Goizueta Business School. According to a Bloomberg Businessweek report, James will be the first black woman to lead a top 25-ranked business school. The change comes over a year after former Dean Larry Benveniste stepped down from the position on Feb. 15, according to a Feb. 25 Wheel article.

According to a May. 19 University press release, James will start her position on July 15. Most recently, James served as the Senior Associate Dean for Executive Education at the Darden Graduate School of Business at the University of Virginia.

James has an extensive resume including contributions to many publications such as the Strategic Management Journal where she co-authored an article titled “SHE’-E-Os: Gender Effects and Investor Reactions to the Announcements of Top Executive Appointments.” According to her website, James examines women as emerging leaders and why they are  “game-changers.” She is also the president and owner of the Institute for Crisis Management (ICM), a group of experts specializing solely on issues related to crisis, according to the ICM website.

James attended Pomona College (California), where she received a B.A. in Psychology, and she attended the University of Michigan, where she earned a Ph.D. in Organizational Psychology. At Michigan, she wrote her dissertation, titled: “It’s not what you know, it’s who you know: effects of human and social capital on promotion and support.”

“Erika James has all the qualities that we want for a leader at Goizueta,” Emory Provost Claire Sterk said in a May 19 University press release, “She brings a background of impressive scholarship and strong skills in academic administration, and she will work collaboratively with faculty, students, staff, alumni and supporters to take the school to the next level.”

The following interview took place over the phone on June 3rd, 2014.

Can you talk about your prior work at Emory and your work at The University of Virginia?

I started in 1998 at Emory’s Goizueta Business School as an assistant professor in the organization and management group. I was there for three years and primarily taught the core organization behavior class to the undergraduate students at Emory. I left Emory in 2001 because I had gotten married while at Emory, and my husband was living in Virginia, and I left primarily to get closer to him.

I joined the Darden Graduate School of Business, and I was a faculty member in an area called Leadership and Organizational Behavior. I taught MBA students our core leadership class. I was doing research in the area of workplace diversity and crisis leadership, and in 2006, I became the school’s first assistant dean for diversity and did that for a couple of years. I took a leave of absence and taught at Harvard Business School for a year in 2008, and I then came back to Darden. In 2012, I assumed the role of senior associate dean for executive education. Executive education is part of the non-degree programs at Darden.

Did you ever envision that you would be the dean of Goizueta?

I never envisioned that I would be the dean of Goizueta. It wasn’t real clear that being a dean was in my future, but as I assumed more administration and management roles as a faculty member, I realized I enjoyed that part of academic life. When the Emory opportunity came along it seemed like the right school at a good time. Going back to Emory, the place that I knew and had very positive experiences with felt like an opportunity that was too good to pass up.

“Emory Hires First African-American Woman To Lead Top Business School” is the title of a CNN Money blog post. What are your thoughts about this?

I realize that this is something that gets a lot of attention, and it is an honor to be in this position and to be entrusted by Emory to be at the helm of such an important and significant business school. At the same time, it is disappointing that in 2014, there is still a first of anything when it comes to matters of diversity. So it is both flattering and I hope we will see more diversity represented across the echelon of the business community and business schools in general.

Can you talk about your work on women emerging in leadership?

When I was a faculty member at Emory, I worked with some colleagues there, and we conducted a study looking at the implications for a company at the time when they appoint a woman as a CEO. That paper has gotten quite a bit of attention over the years. My interest in women in leadership positions has continued and so for quite some time, I researched gender issues in a business context.

In 2010, I took that a step further and focused on programming and content that would help women leaders advance in their careers and develop leadership skills and strategic thinking skills. I would like to continue, in whatever fashion that is appropriate as the dean, to advance opportunities for woman executives and leaders.

Do you have any plans or things you may want to change at Goizueta?

A: It is probably too early to say as of right now. While I’m not sure this is a change, I want to focus on strengthening our relationship with corporations and the leadership that exists in the Atlanta community because Atlanta is the home of so many Fortune 500 companies. I also see a real opportunity in building relationships with Goizueta and other schools around Emory. Looking for partner opportunities or collaborations that may exist between Goizueta and the Medical School, for example, may be viable collaborative opportunity.

What are the biggest challenges that you will face coming to Emory?

I think part of it will be learning about Emory and how it has evolved in the 14 years since I have been gone. Really understanding the expertise of the faculty and the thought leadership that exists and how to advance that thought leadership both in the academic community as well as the corporate community. Again, building corporate partnerships will be a significant part of this transition. Learning about the students and how they have evolved and changed over the years and their passions as well as making sure we are providing curricular content that meets the needs of our students and recruiters.

Do you plan on expanding Emory’s executive education program?

I don’t know about changing anything at this moment. It is one of those things that I will need to learn more about. But I would put this more in the larger context of really establishing an external presence with the Atlanta community. Executive education may be a part of that.

Are you excited to move back to Atlanta?

I am very excited to move back to Atlanta. I am excited to be in a city with a major airport, and I’m excited about the culture and diversity that exists in the city. I’m thrilled.​