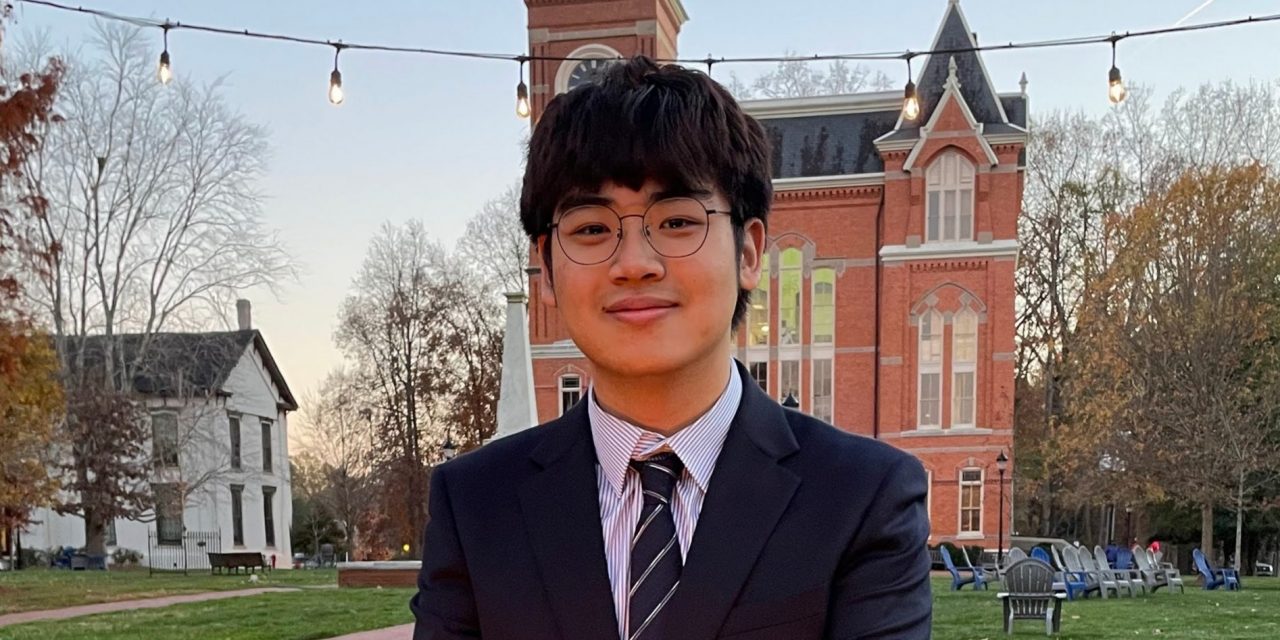 Emory University’s Student Government Association (SGA) finance committee issued a formal warning to the Oxford College SGA (OxSGA) on Oct. 26 due to a monetary code violation related to funding for Oxford Chess Club. SGA’s finance committee contended that OxSGA funding the chess club to compete in a chess competition as individuals, with no affiliation to Oxford College, was a personal and improper use of the Student Activity Fee (SAF).

The week prior, OxSGA placed a roll call vote on Oct. 19 to pass a budget for the chess club to participate in the Thad Rogers Georgia Class Championships, which were held from Oct. 22 to Oct. 23.

Budgets are sent to SGA through the budget request form. According to the OxSGA monetary code, all budgets below $1,000 are to be reviewed by the budget committee alone. All budgets above $1,000 must be presented to the OxSGA senate for approval. The OxSGA senate is composed of 14 individuals: five second-year senators and nine first-year senators.

For nine chess club members to participate in the championship, Oxford Chess Club requested $1,692.83 from OxSGA to cover competition and membership fee costs, as well as hotel and Uber expenses, according to the chess club’s budget report. Clubs can choose to send their executive members to present their budget at the senate meeting. When these members are not present, the OxSGA Vice President of Finance presents the budget to the senate.

OxSGA Vice President of Finance Ben Damon (23Ox), who also serves as the treasurer of Oxford Chess Club, presented the budget to the OxSGA senate during the Oct. 19 meeting. Damon did not explicitly state he was treasurer of the Oxford Chess Club, although Damon’s name appeared on the budget report as treasurer of OxChess, and Damon used language referring to himself as part of the club while presenting the budget. In an email statement to the Wheel, Damon maintained both that he presented the budget on behalf of OxChess, and that he “assumed the same standards” he uses to present any budget as the VP of finance.

Rather than competing as a collegiate team, the chess club competes as individual players. This prompted discourse in the senate discussion on whether the club should be granted money to pay for an event in which only the nine chess club members competing would benefit from the funds.

Damon advocated for passing the budget, arguing that competitions are necessary for the club to grow. The senate ultimately voted 9-1 in favor of passing a modified budget of $1,355.78, $337.05 less than the club requested.

OxSGA President Andrew Yang (23Ox) told the Wheel he disagreed with the original senate roll call vote and sent the budget to SGA’s finance committee to be put under review, as he believed that the budget was a personal use of the SAF. The committee is composed of Vice Presidents of Finance Rita Ni (21Ox, 22C) and Tracy Dang (22Ox, 24B) and Speaker of the Legislature Alyssa Stegall (21Ox, 23C).

“This is something I really disagree with, because, it’s my money, it’s your money, it’s everyone else’s money, but it’s used for nine people to basically compete for themselves,” Yang said. 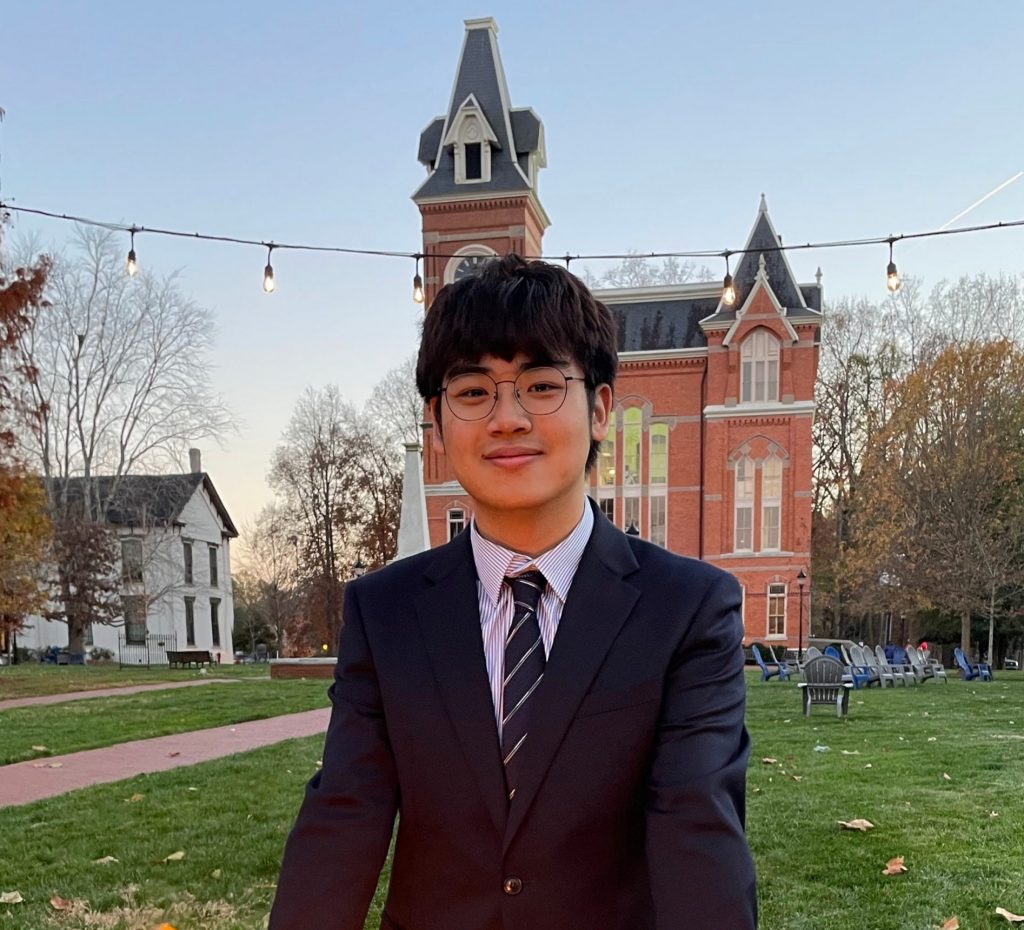 Damon told the Wheel he disagreed, stating that “if there’s something that students want to do that’s kind of a new, creative way to spend money then, by all means, let’s try it.” He added that he felt the monetary code was implicitly suspended when the Senate voted to pass the budget on Oct. 19.

“Formally, [the monetary code suspension] wasn’t expressed when we passed OxChess … the formal way of doing that would be suspending the monetary code,” Damon said. “It was my implicit understanding that this could also be done by a vote from the Senate.”

OxSGA recently suspended the monetary code when the budget for Oxford’s Nov. 1 Diwali celebration, run by South Asian Cultural Association and the Hindu Student Association, was passed. When clubs request budgets for larger events that break spending cap rules for expenses like food and decoration as detailed in the monetary code, the senate determines if the need for the event is enough to justify the price. If the need is valid, the senate can motion to suspend the rules of the monetary code in order to pass the budget.

“Everyone pays $114 for [the SAF], and every student pays for it and it gets split among [the senators], and [they] are able to decide how to use that money,” Ni said. “Since it is everybody’s money, the point of it is to be used for everyone. … The main issue with this competition was that it was funding individuals that weren’t playing as a team.”

SGA’s finance committee also noted that the budget violated portions of the monetary code detailing the nature of the event, such as whether or not it was advertised to the student body. Ni noted that these violations were not a large factor in the decision to issue a warning to OxSGA. In an email statement to the Wheel, Damon noted that the event was communicated to the entire student body through traditional channels such as GroupMe messages.

“There is already a cap on competition fees and of course that can be overwhelmed by the senate as per the monetary code,” Ni said. “In essence, it’s basically used for personal use. This should not be used with the SAF, especially with the bill. The travel cost was already over the limit that was stated in the monetary code, and it was still passed.”

Yang also told the Wheel that he considered removing Damon as vice president of finance due to the monetary code infraction and the fact that the rate of OxSGA’s spending had increased substantially between this year and the last. Yang reversed his decision during the Oct. 26 meeting.

“I’ve looked at the past budgets and we are spending at a rate much faster than previous years. By this time, we’re supposed to have only used a max of 50k,” Yang said.

Damon told the Wheel that he is not worried about depleting the remaining sum.

“There are not very many weeks left in the school year, and we have probably four or five more Sundays of budgets to review,” Damon said. “I anticipate things will get a little bit busier at the end of November. But the way we’re spending money, I think we’re on track to have a good amount left by the end of the year.”

Yang said he remains confident in Damon’s abilities as vice president of finance and believes the committee will make more proactive decisions for the remainder of the semester.

“I think we’re going towards a better direction,” Yang said. “That’s why I reversed the decision, and I am putting more oversight on the budget committee … and more supervision on how the money is spent.”

Damon agreed, adding that he and Yang “have different ideas of spending money,” and sometimes clash over budgets, which he believes is ultimately a good thing.

“I balance him out, and he does the same,” Damon said.

Correction (11/20/2022 at 5:43pm): While a previous version of the piece wrote that only the OxSGA finance committee received the formal warning, all of OxSGA received the warning from the Atlanta campus’ SGA.

Update (11/20/2022 at 5:43pm): New statements from Ben Damon (23Ox) were added to clarify his views on his role in presenting OxChess’s budget, and his opinion on how thoroughly OxChess advertised.