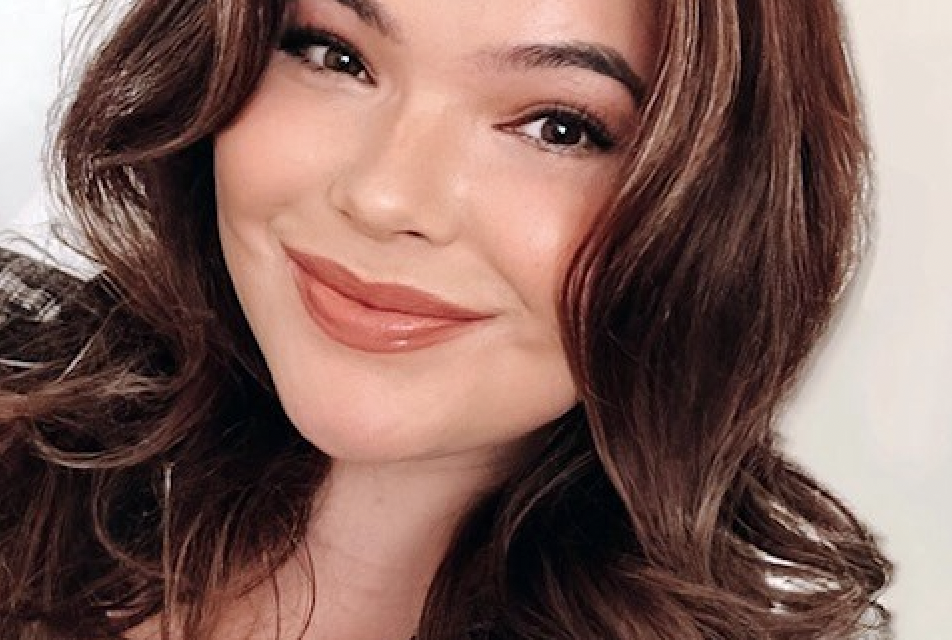 Gabriella Crabtree, who was a sophomore at Emory University, died on Feb. 20 at 20 years old.

At Emory, Gabriella, more commonly known as Gabby, studied nursing, was a member of Delta Phi Epsilon sorority and served as a group leader for Emory Friends for myLIFE, a club that brings Emory students together with peer-aged adults on the autism spectrum to socialize.

Gabby was known by friends and family as outgoing and energetic, with a natural desire to help and include others. 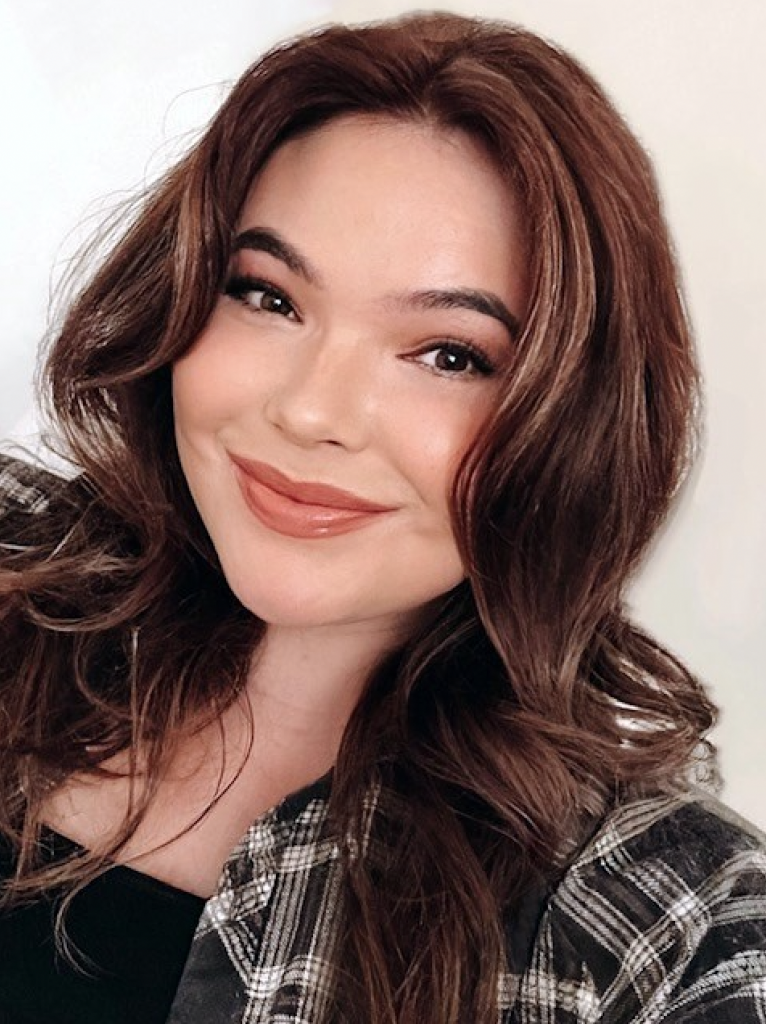 Photo courtesy of the Crabtree family

“She was someone who just had this energy about her that made you feel so good about yourself,” Gabby’s friend and sorority sister Julia Pecau (24C) said. “She just had this incredible confidence and it just rubbed off on everyone.”

Gabby’s helping spirit had roots in childhood, according to her mother, Kathryn Crabtree.  Describing her daughter as having “the heart and soul of an angel,” Kathryn Crabtree said that Gabby attended a new school every two years until fifth grade, making her “the perpetual new girl.”

“This is why she was a big proponent of inclusion,” Kathryn Crabtree wrote in an April 17 statement to the Wheel. “She didn’t want anyone to feel left out as she had.”

A campus memorial service and tree planting in dedication to Gabby was held on April 24, and 50 to 70 administrators, friends and family members attended the service. People read poetry, shared memories and commemorated Gabby, according to Jewish Chaplain Rabbi Jordan Braunig. A red oak was planted on the front yard of the Delta Phi Epsilon sorority house.

“It’s a nice way of putting something on campus that will grow and bloom each year,” Braunig said. “It’s a reminder to Gabby’s community on campus that they will have her spirit and her ongoing presence in their lives.”

Gabby was born on Nov. 11, 2001, in Austin, Texas. She spent her childhood in Austin, attending KIPP Austin Charter Schools throughout middle and high school. Kathryn Crabtree wrote that, at times, Gabby was the only “non-minority” in the whole grade or school, which inspired her to value diversity.

“She lived [diversity] in ways that most non-minority people never get to experience,” Kathryn Crabtree wrote.

Gabby graduated as part of the inaugural class of KIPP Austin Brave High School in 2020, where she was team captain of the varsity volleyball team and a member of the varsity basketball team.

Her affinity for competition, however, began while playing chess at a young age, according to Lamar and Linda Berry, Gabby’s godparents.

“I remember when she won her first match and how proud she was,” the Berrys wrote in a joint email to the Wheel on April 18. ”She loved playing with the boys because they thought they knew more than she did. She quickly let them know her head was on her shoulders and not in her lap.”

In addition to the competition, Gabby was drawn to athletics due to the team atmosphere, Joanna Garcia Fite, Gabby’s high school volleyball coach, said. The volleyball team did not have a lot of experience, but Gabby was the “glue” that held the team together, she added. 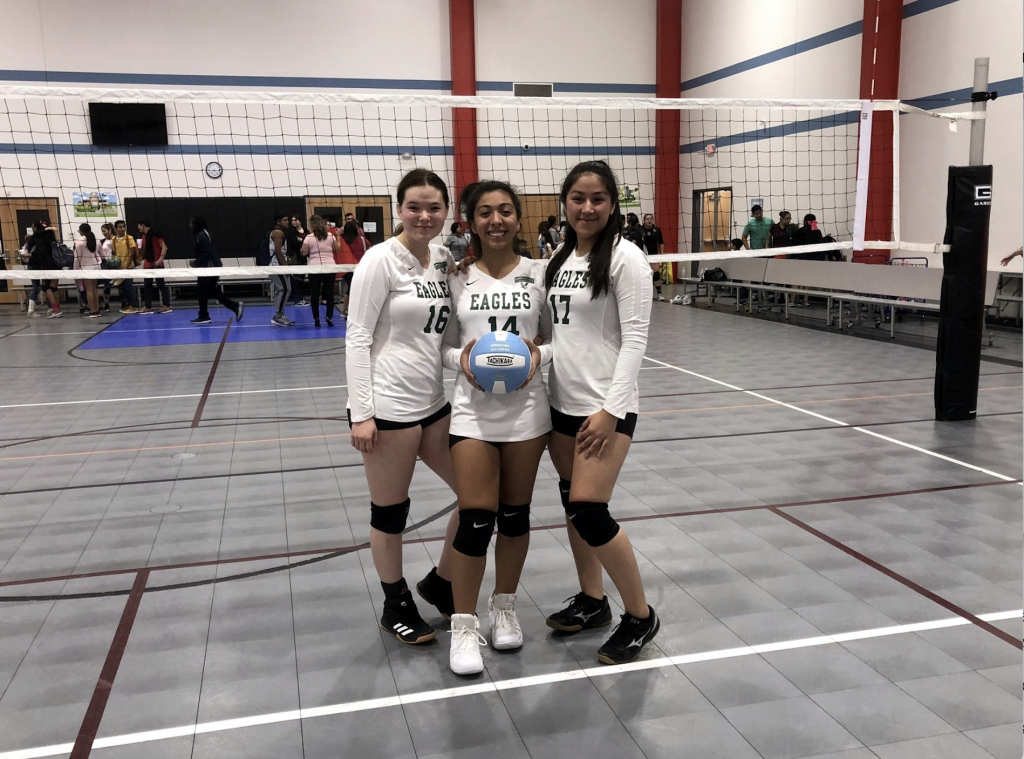 Photo courtesy of the Crabtree family

On the team, Gabby didn’t just improve her volleyball skills, but also her leadership abilities. Fite noted how Gabby never hesitated to stay late to work on her serve.

“When I think of her, I think of her working really hard and not quitting and also uplifting her teammates, especially when we were having some challenging times,” Fite said.

To Fite, the most resonant aspects of Gabby were her joyfulness and sweetness. Fite and Gabby shared November birthdays, and Fite recalled a moment when Gabby remembered her birthday despite Fite having just returned from maternity leave.

“She was the one who came and brought me little Reese’s candy and stuff like that,” Fite said. “Coming out of maternity leave and being in the ‘mom brain,’ it was just so kind that she thought of me like that.”

Outside of school, Gabby enjoyed photography, shopping and spending time with her friends, according to her obituary.

Stephanie Cornejo, Gabby’s friend from home, wrote in an April 16 email to the Wheel that she always felt comfortable around Gabby. She explained that one time, Gabby invited her to attend a baseball game with her and her dad. Cornejo initially felt nervous and out of place since it was her first baseball game.

“I briefly mentioned this to her, and she stuck by my side the entire time,” Cornejo wrote. “She would explain certain rules about the game, she taught me some of the chants and we had lots of good food together.”

Gabby set her sights on Emory her junior year, when she attended a recruiting session in Katy, Texas, according to Kathryn Crabtree.

“We drove the two hours to attend,” Kathryn Crabtree wrote. “After the session, Gabby cried in the parking lot. She said, ‘Mom, I’ve found my people.’”

Fite said it was a special moment when Gabby got accepted into Emory.

“We have her on film,” Fite said. “We have this snippet of our students when they were getting acceptance letters, and so this piece of Gabby’s, she’s opening up her email and her expression is just pure joy and excitement.”

The choice to study nursing came easily to Gabby. Not only did she have a natural drive to help others, Kathryn Crabtree wrote, but she had personal experiences with illness.

As a child, Gabby suffered recurring sinus infections, and was misdiagnosed for over five years with severe allergies and ear infections, Kathryn Crabtree said. She had to take several unnecessary medications and endure surgeries until she found out that she had a dermoid cyst growing within her naval cavity.

“This was the main reason Gabby chose to become a nurse,” Kathryn Crabtree wrote. “She wanted to do a better job of helping others than she had experienced throughout her childhood illness.”

Gabby studied nearly every day for her pre-nursing classes, according to her friend and sorority sister Carolyn Collins (24N).

“She was an amazing, confident person who was dedicated to helping others,” Collins wrote on Gabby memorial page. “We would spend nearly every night in the chapter room studying for our pre-nursing classes. When we weren’t studying, we would go to Starbucks and talk for hours or binge watch Netflix. She would have been an amazing nurse.”

Pecau also described her and Gabriella’s time together as completing their homework or watching TV shows at the Delta Phi Epsilon lodge. “She loved reality shows — the really trashy ones — and I’m the same way,” Pecau said. “She liked to watch Love Island, Love is Blind and Dexter.”

An active member of Delta Phi Epsilon, Gabby served as the public relations coordinator, director of photography, sisterhood programming coordinator, maintenance and repair coordinator and a member of the Standards Board, according to her memorial page. 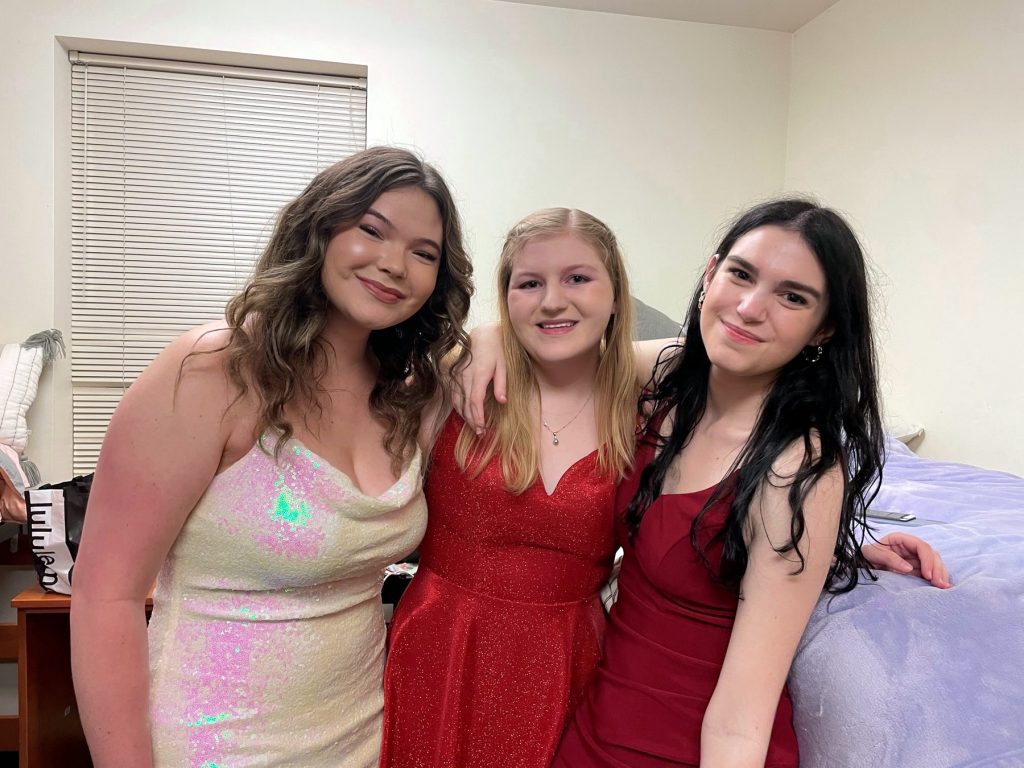 She chose to rush a sorority because she wanted to get out of her comfort zone as a natural introvert, Kathryn Crabtree wrote.

“She chose Delta Phi Epsilon because their motto is ‘to be rather than to seem to be,’” Kathryn Crabtree wrote. “She wanted a real sisterhood of friends since she was an only child.”

Gabby embraced her sisterhood, Pecau said. She was always willing to lend an ear or a supportive word to her friends, particularly around stressful exam seasons.

“When I was really stressed she came to my room and hung out and told me that if I needed anything, I could just tell her,” Pecau said. “She told me, ‘You’re going to do great on your exams. You’re going to be fine.’”

Pecau added that Gabby made her and others feel heard and loved.

“She always made me feel like my feelings were valid, and that I was valid,” Pecau said. “We had a  lot of shared experiences that not a lot of people did, so we bonded over that.”

“Gabby would want everyone to show each other grace,” Kathryn Crabtree wrote. “You don’t know what the other person is going through at the time. Remember that your actions can change a person’s life. Continue living by the Golden Rule – do unto others as you would have done unto you. And to practice brother and sisterhood every day.”