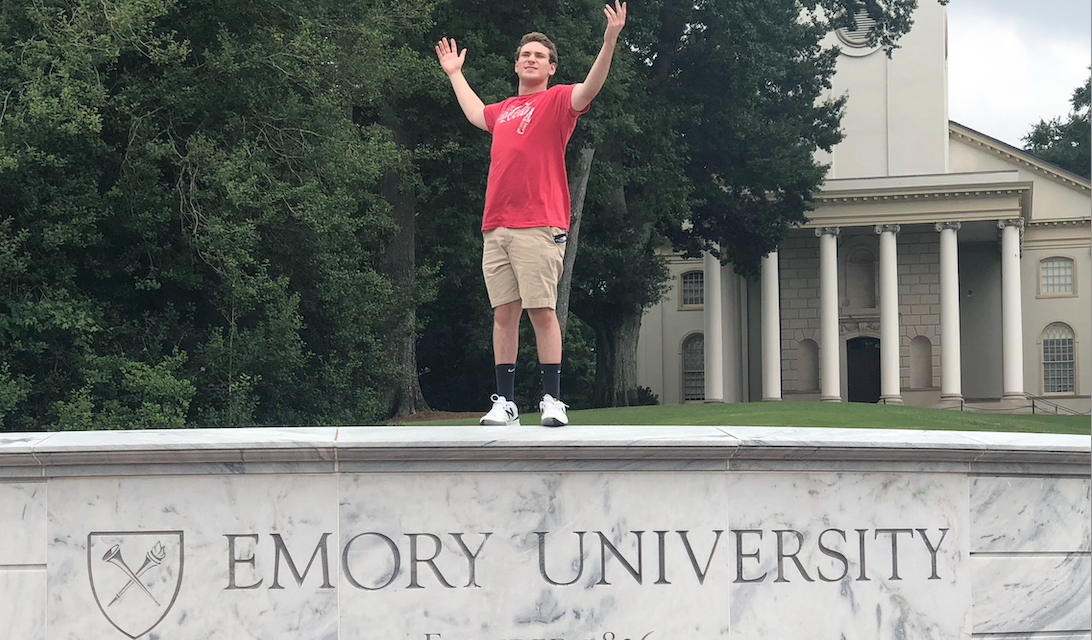 Andrew Wagner, who was a sophomore at Emory University and is remembered by friends and family as whip-smart and unwaveringly loyal, died on April 3 at 20 years old.

Before Andrew stepped foot on campus, he was born in Queens on Feb. 11, 2002, and was raised 15 minutes away in Albertson on Long Island.

Julia Bonelli, one of Andrew’s childhood best friends and a rising junior at Binghamton University (N.Y.), said they immediately clicked when they met in sixth grade.

“He was so friendly, so open,” Bonelli said. “I just knew he was someone who I could trust with everything, and we really just became so close, and we haven’t not been friends since then.” 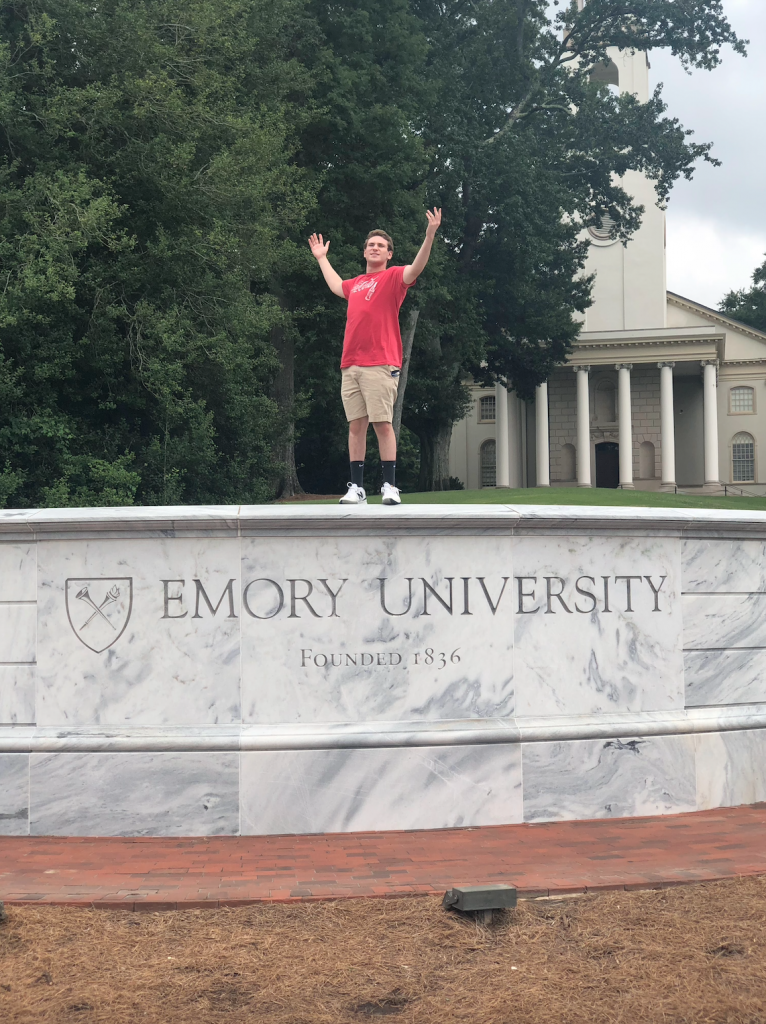 The pair grew up together and became each other’s “go-to best friends.” Bonelli explained that she felt like she could tell Andrew anything without fear of judgment.

“I’ve honestly never met somebody like him before,” Bonelli said. “He really just cared about people and it showed.”

Bonelli noted that Andrew defended his best friends to “anybody and everybody” who spoke bad about them, and always checked in on the people around him.

“He was such a loyal friend,” Bonelli said. “He always cared about people and had people’s best interest at heart.”

Evan Wagner, Andrew’s father, agreed, calling his son “the most loyal person” he ever met.

Andrew is survived by his parents, Evan and Jill Wagner.  He was an only child by blood, Evan Wagner explained, but by heart, he had four siblings — his older cousins Ashley, who died in a car accident nine years ago at age 12, Jake, Morgan and Zach. He also loved to spend time with younger kids, and would often babysit and play with his friends’ little siblings.

“They all loved him because he would always have a great time with them,” Evan Wagner said. “He’d let them beat the crap out of him, basically.”

Andrew was a mama’s boy at heart, according to Evan Wagner. He called his mother every night without fail. Andrew was Jill Wagner’s life, and she was his, Evan Wagner added.

“He loved her more than life,” Evan Wagner said. “He would protect her from anything. … Jill and him had such a bond that was unlike anything that I’ve ever seen.”

Evan Wagner remembers his son as “brilliant” with a photographic memory. Almost as soon as he could form full sentences, Andrew was asking questions.

This didn’t change as Andrew, who Evan Wagner described as an “amazing, unbelievable writer,” got older. He excelled in the classroom and pushed himself to always do better. Evan Wagner noted that Andrew was determined to get a 35 on the ACT, and insisted on taking the exam three times until he reached his goal. 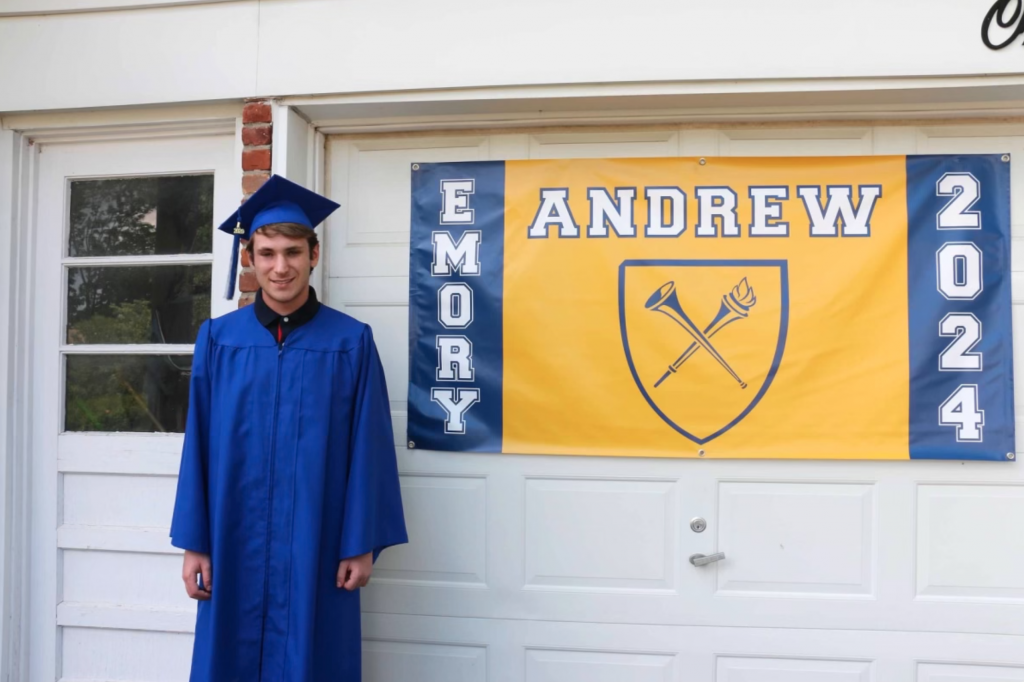 Andrew’s high school guidance counselor told him he would not get into Emory. However, Andrew refused to listen to her and applied anyway.

“The day he got in, it was the happiest day of his life,” Evan Wagner said. “He was so excited that he did it, that he could tell his guidance counselor, ‘You don’t tell me I can’t do something. If I put my mind to something, I can always do it.’”

While at Emory University, Andrew participated in Meor, a club dedicated to providing Jewish learning and community on campus. He was also involved in Kappa Sigma fraternity, which his father, Evan Wagner, said Andrew joined in search of camaraderie amid the COVID-19 pandemic.

Outside of school, Andrew was always interested in acting, especially as a child. He was able to quickly memorize his lines for plays, which he participated in until he was about 12.

He also dabbled in television acting. When he was about six years old, he had two small roles on the TV shows “Blue Bloods” and “Married to the Mob.” Andrew was also in a scene in the movie “Admission,” which features Lily Tomlin, who voiced Ms. Frizzle in the children’s show “The Magic School Bus.” When Andrew met Tomlin, he recognized her from her voice, which “amazed” Tomlin, Evan Wagner said.

Along with acting, Andrew was an avid World Wrestling Entertainment, Inc. (WWE) fan — something he shared with his father. He died on the weekend of WrestleMania, which he and Evan Wagner called their “holiday.” They texted about the event the night before he died.

“He was happy,” Evan Wagner said. “I could hear it in the text, the way that he was talking.”

Andrew was also obsessed with music and knew the lyrics to countless songs by heart. Music was “his thing,” Evan Wagner said. Andrew couldn’t get enough of it — he loved everything from the Grateful Dead and the Beatles to Eminem and Hamilton. Expanding beyond well-known music, Andrew’s playlists were full of “outskirt rock pop bands.” He wanted to turn his love for music into a career as an entertainment lawyer. 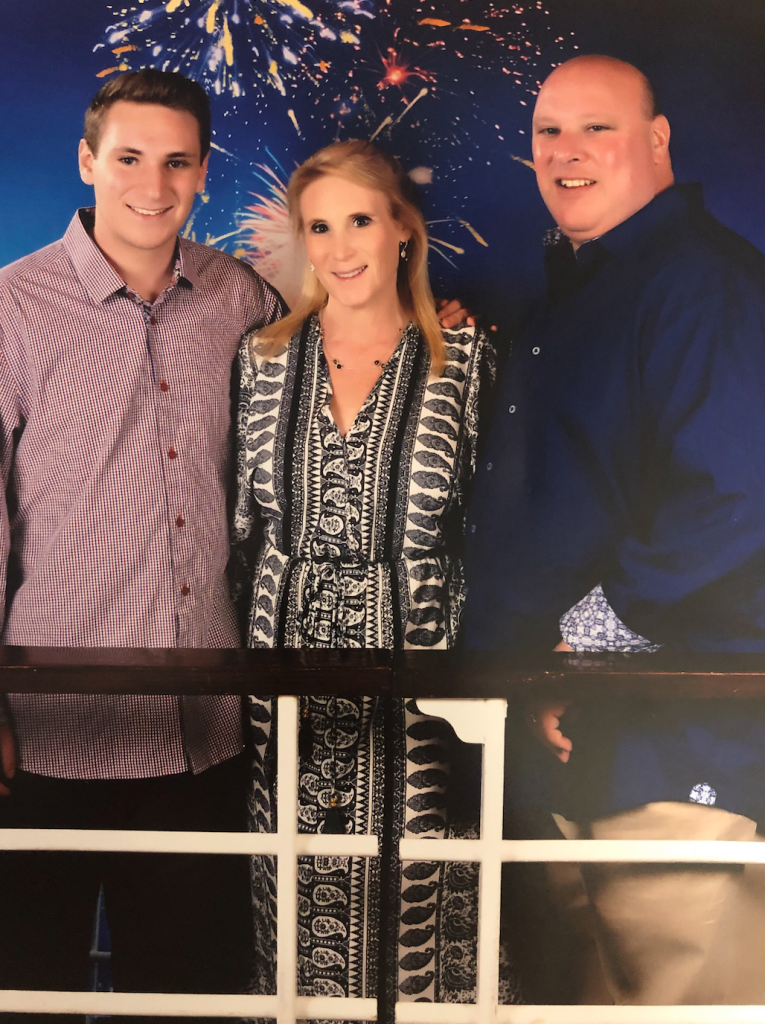 Bonelli added that Andrew often showed her songs. Before they left for college, the two of them went to a CD store together, where Andrew was excited to buy old posters and talk to people working in the store.

“If you told him to listen to something or to watch something like a show or a movie — or a song, especially — he would really do it,” Bonelli said. “There’s not many people who would actually do that, and he always would.”

Judaism was also a large part of Andrew’s life, Evan Wagner said. He was the social chair of BBYO’s Long Island chapter in high school and worked at Temple Beth Shalom in Roslyn, New York, where he helped watch the younger kids. He maintained his dedication to his Jewish identity in college through Meor.

Emory Rabbi and Jewish Chaplain Jordan Braunig said that Andrew’s friends described him as fun-loving and funny with a serious side. He added that several students gathered in Cannon Chapel to watch a livestream of Andrew’s funeral on April 7, which Braunig said “felt like a significant way of paying respects to him even if we couldn’t physically be there.”

The students who showed up to the livestream included those who “lived in KA with [Andrew] to people who had done the Meor class with him, [and] old friends he’d gone to summer camp with as a kid,” Braunig noted, saying he believed this “reflected the sort of people who Andrew had connected to on campus.”

“[Lipskier] said he got to spend an hour or two with Andrew at the Shabbat 500, and he said he was so engaging, so curious and always wanted to learn,” Evan Wagner said. “That was Andrew, even as a young child.”

During summers, Andrew could be found at Camp Canadensis, a Jewish sleepaway camp in Pennsylvania. He started going before second or third grade — making him one of the youngest campers — and attended for 10 years, Evan Wagner said. He was a counselor in training (CIT) in 2018. 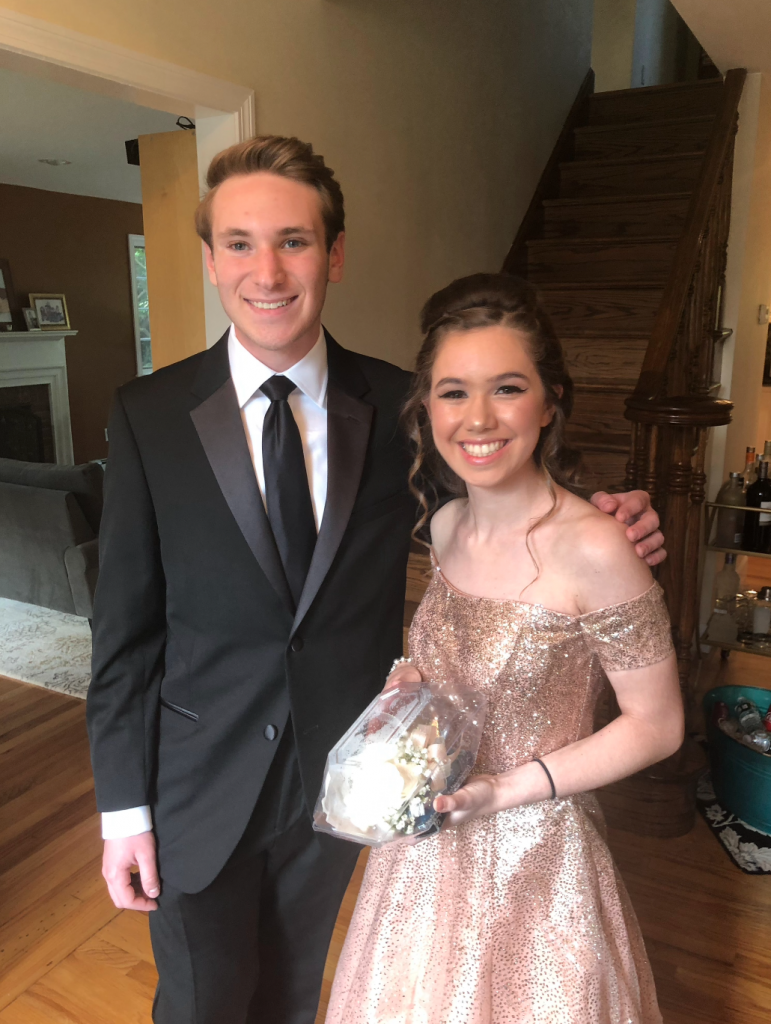 Camp Canadensis Director Brian Krug wrote in a May 19 email to the Wheel that it was a “wonderful opportunity” to watch Andrew grow up.

“Andrew could always be seen smiling throughout the camp day and took so much away from his camp experiences,” Krug wrote. “I think if you asked Andrew, he would tell you that his proudest moments would include starring as the Cat In the Hat in ‘Seussical’ when he was around 10 years old as well as help leading Gamer Gold to victory in summer 2018 as a CIT during our annual Color War competition at camp.”

While at camp, Andrew made unbreakable bonds with his bunkmates, who traveled to New York all the way from California, New Jersey and Pennsylvania to attend his funeral. Evan Wagner added that there is one camper who the rest of the bunk no longer talks to, but the camper told Evan Wagner at the Shiva that Andrew was different.

Evan said Andrew formed many strong friendships throughout his life. He added that an “overwhelming” number of Andrew’s friends showed up to his funeral, and haven’t left the Wagners’ side since.

“They’re coming over and watching baseball games with me now to keep me company,” Evan Wagner said. “The loyalty and the bond that he had with the people that were really his true friends was just absolutely amazing.”

Bonelli said she will always remember the bond she formed with Andrew. On the day before Andrew left for college, the two spent their last day together driving around and talking about how their sixth-grade friendship made it to the end of their senior year of high school.

“We both cried together and expressed how much we would miss each other,” Bonelli said. “It was really meaningful, because I then knew how much he meant to me and how much he always would mean to me.”