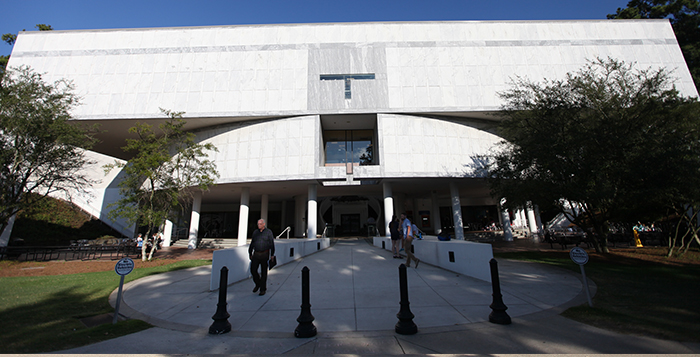 The University has concluded its conduct procedures for two bias incidents, according to a statement from Senior Vice President and Dean of Campus Life Ajay Nair. The full statement is at the bottom of this article.

The students responsible for the Oct. 5 bias incident, which involved swastikas spray painted onto the walls of Alpha Epsilon Pi (AEPi), a historically Jewish fraternity, “have received sanctions appropriate to their respective levels of involvement and culpability,” according to the statement. However, the Federal Bureau of Investigation (FBI) is still investigating the incident, according to the statement.

For the Oct. 21 bias incident at an intramural flag football game between AEPi and another team, the University could not identify the spectators responsible for inappropriate language, including reported ethnic or racial slurs, but has “facilitated educational and community-building programming” that will lead to a follow-up game, according to the statement. In the follow-up game, the two teams will co-mingle so that the “formerly opposing players become teammates,” according to the statement.

During the Oct. 21 bias incident, a student yelled “go back to India” to the opposing team, according to Intramural Coordinator Ricky Talman.

Emory will not release more specific information on either incident at this time, citing the Federal Rights and Privacy Act (FERPA), which protects educational records of individual students, according to Senior Associate Dean and Director of Campus Life External Relations Andy Wilson.

Director of Student Conduct Marlon Gibson can assign sanctions “up to and including expulsion from Emory,” according to Wilson in an email to the Wheel.

The conduct process involves informing students of their due process rights during initial informal meetings with conduct officers, who are non-faculty employees trained by the Office of Student Conduct, according to the Office’s website. At the informal meeting, the student and conduct officer would discuss the alleged Conduct Code violations, and the student could either accept responsibility for the violation or choose not to, according to Wilson.

If the student chooses not to accept responsibility, they can proceed to a formal hearing with one conduct officer or a panel of faculty, staff and students, Wilson wrote. The panel would meet with the student, decide the student’s level of responsibility and then make recommendations to Gibson, who would communicate his decision and explain the appeal process, according to Wilson.

“We denounce all acts of bias as attacks against everything for which Emory stands,” Nair wrote in the statement. “We intend to move forward together in solidarity and as a community, continuing to learn, grow and flourish.”

This article will be updated as more information becomes available.

This article was updated on Friday, Dec. 12 at 7:45 p.m. to add information about FERPA, the possible sanctions and the conduct process.

In response to a bias incident that occurred earlier this semester, President James W. Wagner, in a letter to the university community, stated emphatically, “Emory University will not tolerate such acts. Instead we must together pledge Emory University’s continuing commitment to raise awareness and prevent all forms of violence and discrimination.”

I want to take this opportunity to update our community regarding Emory’s actions in addressing this and one other incident that occurred during fall semester.

On October 5, our community learned of offensive vandalism targeting the Alpha Epsilon Pi (AEPi) fraternity house, a historically Jewish fraternity at Emory. On October 21, in a separate incident, we learned that, during an intramural flag football game in which AEPi participated, some spectators reportedly directed ethnic and/or racial slurs at the opposing team.

The Emory community demonstrated great solidarity in response to each of these acts of bias. For instance, a number of students, staff, and faculty engaged in thoughtful dialogue about the vandalism by participating in a teach-in on the quadrangle and in a student forum.

In another example, students on the two flag football teams are planning a follow-up match in which they will comingle the teams so that formerly opposing players become teammates in the new game. Clearly, our community is responding with empathy and creativity to the aforementioned acts of bias.

The FBI continues to investigate the offensive vandalism incident. On a parallel track, Emory has followed its conduct procedures, which have now concluded. The students responsible for this act of bias have received sanctions appropriate to their respective levels of involvement and culpability. Emory’s policies, which align with federal law, preclude the release of more-specific information.

The administration also investigated the flag football incident but was unable to identify the spectators responsible for the inappropriate language. Since then, the administration has worked with both football teams to facilitate educational and community-building programming that contributed to the teams planning a follow-up game.

The university will continue to respond decisively to acts of bias and will hold accountable those responsible. If you experience and/or witness an act of bias involving students, please report it as outlined in Emory’s Bias Incident Reporting process. James Francois, director of the Office of Multicultural Programs and Services, and Scott Rausch, director of the Office of Residence Life, lead the Bias Incident Response Team, a group of university administrators who enact the response protocol.

We denounce all acts of bias as attacks against everything for which Emory stands. We intend to move forward together in solidarity and as a community, continuing to learn, grow and flourish.