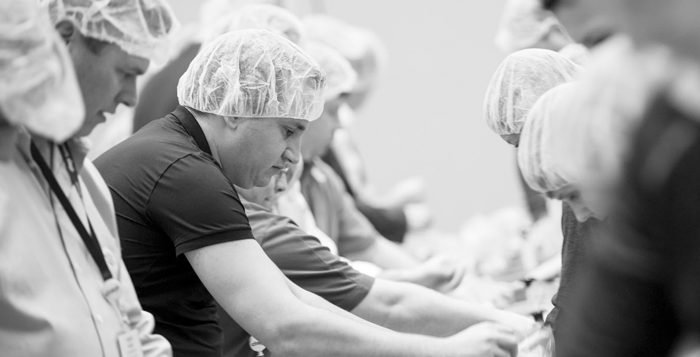 The Emory Wesley Fellowship and Glenn Memorial United Methodist Church joined together to host a non-profit organization called Stop Hunger Now in Glenn Memorial’s Ward Hall. Stop Hunger Now works to provide meals internationally to countries which are underdeveloped or in crisis. Through the implementation of a system for hot food in educational facilities, children are encouraged to continue in school. The goal of this is to improve literacy rates among the least advantaged in American society. Not only does this ameliorate the lives of the individuals involved, but it also creates a foundation of educated youth who are able to assist in developing their nation.  When a community is centered on faith, whatever the system or branch, the eagerness to make a difference is overwhelming.

Glenn Memorial, like any church I’ve ever attended, sponsors dozens, if not hundreds, of charitable events per year. The staff actively seeks out and bonds with organizations dedicated to altruism while creating their own programs as well. Noel House, for example, is a program where homeless women and children who are survivors of domestic violence are invited to stay at my church, St. Mark’s Episcopal Cathedral in Seattle, until they get back on their feet. They are given beds and fed home-cooked meals – all accomplished by the church community. Not a single charity event is under-attended.

Religion’s popularity, and especially that of Christianity, is fading. Let us consider, for instance, the Catholic Church. Though burdened by historical transgressions, the Catholic Church remains one of the largest charitable donors in the world. Religious communities not only spawn life-long relationships, but they also introduce you to kind-hearted, concerned people invested in positively changing the world. This is exemplified by the hundreds of people gathered at last weekend’s event – including many old men and women of the congregation, who had enthusiastically agreed to give up their Saturday and forced their tired bodies to stand for two hours in a hot room.

Religious institutions attract people of all races, genders and backgrounds. They attract people with a thirst and passion to help others and who are driven enough to succeed in that aim. Being around so much goodness truly inspires me; it humbles me and challenges me to live up to its example.

We are not perfect. Those faults which we notice so easily are a part of any area of society, and religion plays a part in many of these problems. There is plenty of corruption to be found in even the best of organizations, but that diminishes the merit of neither their other deeds nor their purposes.

This is true of spiritual and historical figures as well. Activist and Pastor Martin Luther King Jr. was an unfaithful husband, but that in no way mars the righteousness of the Civil Rights movement that he helped to lead.  President Abraham Lincoln suspended the right to habeas corpus, but his victory in the Civil War is no less of a relief. We must not overlook goodness, even in the face of innumerable mistakes. Greed, perversion and selfishness are the exceptions, not the rule.

Accepting this benefaction, you may claim that it can be present in many organizations – volunteer groups, especially, seek the same goals. But I would argue that they do not make you part of something “bigger” the way that religious groups do. I believe that charity means more when combined with religion than on its own. Religion connects you to millions of communities of faith, across nations and across time. It connects you to millions of people with the same incredible devotion to serving. Spiritual centers inspire benevolence or speak to those receptive to benevolence. Regardless, religious organizations help us surround ourselves within communities of generous, warm and heartfelt people.

I encourage you to explore religion if you haven’t already. If you have, get more involved; there are usually free t-shirts. 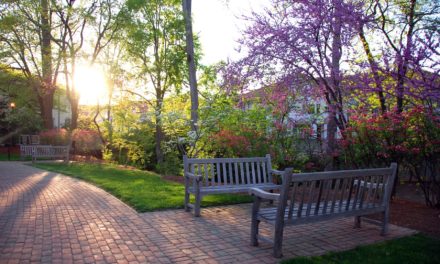