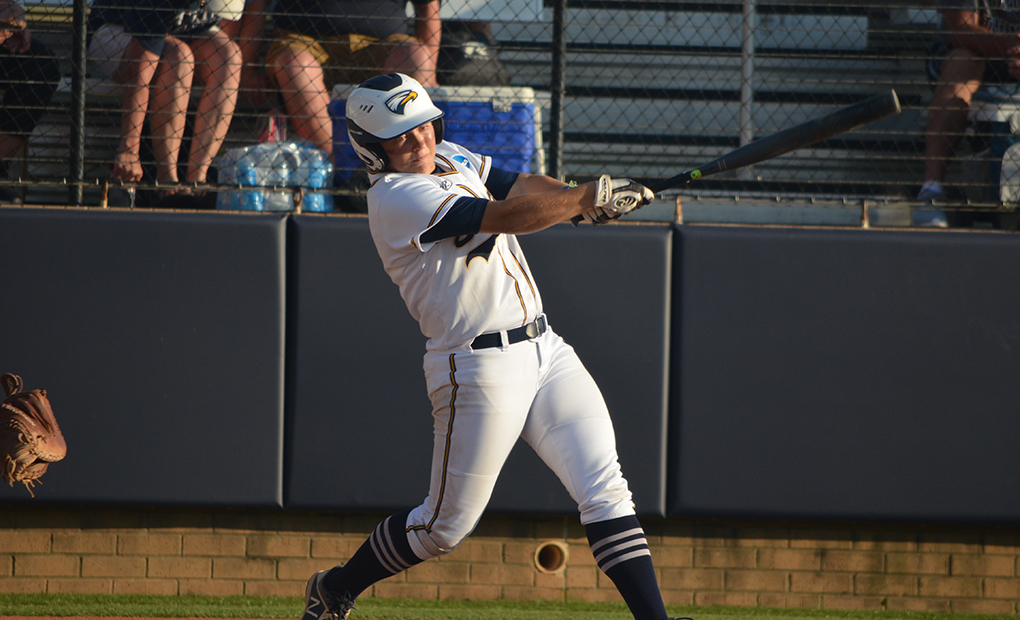 As spring continues to settle in, athletic competitions have continued to ramp up. Better yet, As spring continues to roll in and Emory University adjusts to the better weather, the University’s sports teams are making the most out of their returns to play. This past weekend, the softball, track and field, baseball and women’s tennis teams all competed and gave their opponents a run for their money. Here is how each team performed.

On April 7, the softball team took on the Huntington College (Ala.) Hawks in a doubleheader, coming out victorious both games. The Eagles shut out the Hawks 8-0 in game one and earned a blowout 13-2 victory in game two.

In game two, Emory dominated with a 16-hit game and five players picking up at least two hits. Included among these players were Wilker, Weisenberg and Nellis who all had three safeties. Weisenberg logged four RBIs in the domination while graduate student center fielder Sami Feller delivered a two-run double in the seventh inning. Ryan launched a two-run home run, her first of the season, while Wesienberg added a hit that drove in three runs.

The Eagles, now 5-1 on the season, will look to carry over their momentum against Piedmont College in a doubleheader on April 27 starting at 2:30 p.m.

On April 9 and 10, the men’s and women’s track and field teams competed at the Berry College (Ga.) Field Day Invitational. The women’s team won nine events to finish in first place as a team with 183.5 points while the men’s team finished in third with 99 points.

For the women, junior hammer thrower Alex Devaux came in first with her season-best throw of 44.53 m. On the track, senior distance runner Abby Durfee won the 5000m with a time of 18:53.72.

On the second day of the Invitational, the Eagles won five contests in the women’s field events while earning two more on the track.

A few Eagles saw their best times of the season, such as senior distance runner Christina Dwier finishing, who finished second in the 3000m steeplechase, freshman hurdler Amaya Martin, who placed third in the 100m hurdles, and junior sprinter Hannah Lansberry who also earned third place in the 400m dash.

For the men’s team, freshman thrower Kenya Sei had his best scores of the season in both the hammer and discus events. On day one, Sei achieved the fourth-best throw in team history with a distance of 49.64m to finish second in the hammer event before throwing 40.36m in discus the following day to finish second.

The Eagles also sent a small group of athletes to the Flames Invitational last weekend in Cleveland, Tennessee. Sophomore distance runner Annika Urban stood out of all Emory athletes at the event as she broke a school record in the 5000m run. Urban secured a time of 17:14.41, beating the existing record of 17:15.66 set in 2012 by Tess Gallegos (12C, 14PH, 21N).

Emory track and field will next compete at an Invitational at the Georgia Institute of Technology April 16-17.

The Emory baseball team earned two road wins on April 11 to sweep the Sewanee: University of the South (Tenn.) Tigers, putting them above .500 on the season.

In the first game, senior outfielder Michael Edelman went 3-for-four and drove in three RBIs while senior pitcher Jack Moore had his best performance of the season that extended into the ninth inning. Edelman also scored an RBI double in the first inning before crushing a two-run homer in the sixth inning. Edelman, who was named University Athletic Association Hitter of the Week for his performance, was one of three Eagles with a multi-hit game along with senior outfielder Drew Bartholow and senior infielder Ryan Adelman. Edelman and the Eagles won 5-2.

In the second game, the Eagles scored nine runs on 12 hits to defeat Sewanee 9-7. Edelman and Adelman combined for five hits and four RBIs. Sophomore pitcher Aaron Mishoulam rounded out the performance as he recorded seven strikeouts and only allowed two baserunners.

With the score tied at 4-4 in the fifth inning, Adelman put the Eagles ahead with an RBI single that brought junior infielder Robby Wacker home. Edelman had a two-run double an inning later to bring home Bartholow and senior catcher David Shore while Wacker scored Edelman with a single to make it an 8-4 game.

After the Tigers came back to bring the game to 8-6, Adelman slammed his first home run of the season in the seventh inning to give Emory a three-run lead that they would never relinquish. .

The Eagles return to play on April 20 at Chappell Park against Maryville College (Tenn.) at 3 p.m.

The women’s tennis team swept the Piedmont College (Ga.) Lions 9-0, improving their season record to 3-1. The match took place at Emory, as spring teams at the University were cleared to host intercollegiate competition beginning on April 5.

In singles, the Eagles beat the Lions in straight sets in all six matches. Watson (first singles) and Perez (fifth singles) both achieved 6-0, 6-0 dominant victories while junior Jessica Fatemi lost only one game in her 6-0, 6-1 win in the fourth slot. At second singles, Thomas won 6-1, 6-2 while Olcay recorded a 6-3, 6-2 win at third singles. Junior Lauren Yoon also won as she defeated her opponent 6-2, 6-0 at sixth singles.

The Eagles return to competition on April 16 in an away match at Georgia Gwinnett College.